Equipped with next-generation Graphics Core Next architecture and intelligent AMD PowerTune and ZeroCore Power technologies, the AMD FirePro S9000 and S7000 reduce power consumption by up to 95% at idle, meaning greater savings and reduced operating costs in the data center(3).By using the AMD FirePro S9000 and S7000 server graphics, information technology (IT) managers can now effectively address a number of daily data center challenges, while empowering IT professionals to manage intense workloads securely from virtually anywhere in the world at virtually any time. By having the flexibility to set up multiple virtual desktops, scientists, engineers and graphics professionals can have access to accelerated productivity suites including computer aided design (CAD), and media and entertainment (M&E) applications, offering them workstation-class performance in a scalable network environment.

"More companies want to virtualize their IT ecosystem in order to do more with less while remaining responsive to the needs of their users," said David Cummings, senior director and general manager, Professional Graphics, AMD. "With the arrival of the AMD FirePro S9000 and S7000 GPUs, we are responding to these needs by providing a seamless solution. Our server graphics not only provide an unrivaled feature set for data center customers, but blistering compute performance and outstanding power efficiency."

The AMD FirePro S9000 and S7000 server graphics bring improved VDI densities while supporting virtualization technologies from Citrix(R), Microsoft(R) and VMware(R), making it possible to install multiple graphics cards in a server and support multiple users remotely. Users can also access their desktops from virtually any device of their choosing, from thin clients to laptops, to tablets to smartphones -- with outstanding graphics performance.

A demo of VMware(R) ESXi direct GPU pass-through running on an AMD FirePro(TM) S9000 can be seen this week at VMworld(R) 2012 in the AMD booth (#801). With Corporate Desktop Replacement running on AMD FirePro S9000 and S7000 server graphics and Microsoft(R) RemoteFX(TM), IT professionals can power multiple end users running common office applications from one GPU installed in a server. These new server graphics cards also support direct GPU pass-through for Citrix(R) XenServer. 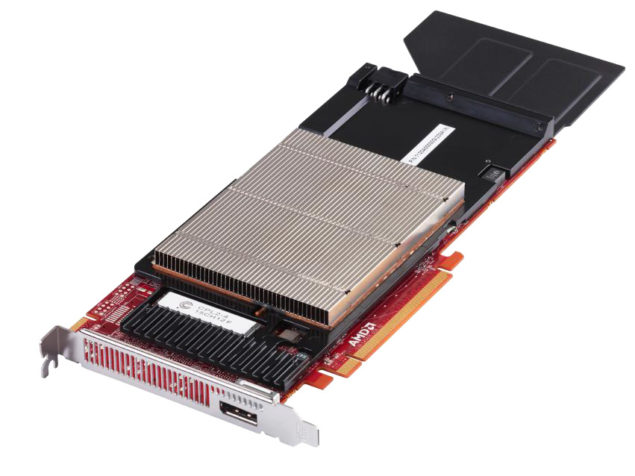