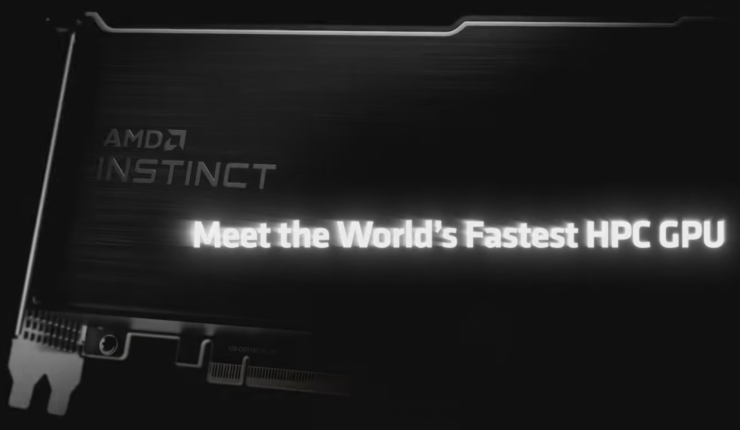 AMD launched its first CDNA GPU-based accelerator, the Instinct MI100, last year and the latest reports suggest that its successor, the MI200, could launch this year. The AMD Instinct accelerators feature the CDNA architecture that is designed for compute-intensive and HPC workloads and the 2nd gen of these chips is going to bring a lot of new features and technologies.

The details were posted by Komachi over at his Twitter feed and from the looks of it, the Instinct MI200 will be replacing the MI100 as the new flagship accelerator for HPC. Based on the naming convention itself, it looks like MI200 will be twice as fast as Instinct MI100 but to achieve this, AMD is expected to go all out with its MCM design.

The Instinct MI200 is expected to be launching alongside AMD's EPYC Trento chips. The Trento line is going to be a slight variation of the Milan chips for the Supercomputer sector. They are not going to be similar to Genoa as that features the next-gen Zen 4 cores but it should offer a range of new capabilities which we will learn close to launch. As for MI200, it is expected to launch in 2021 but we should expect a late Q4 arrival since MI100 was introduced in a similar timeframe (Q4 2020).

Other than that, the AMD MI200 is listed as an MCM 'Special FIO Accelerator' for HPE Cray EX. That could explain where the MI200 name comes from. An MCM (Multi-Chip-Module) design could mean that we could still be looking at a Vega Compute GPU but two of them fused over the same PCB & connected by a next-generation Infinity Fabric interconnect.

According to Coelacanth's Dream (via Videocardz), it is reported that the MI200 accelerator will utilize a new variant of the GFX900 GPU architecture (Vega) known as GFX90A which adds support for full-rate FP64 compute capabilities. Once again, the AMD MI200 accelerator sounds like it will go ahead with NVIDIA's future Lovelace MCM GPUs for HPC market.