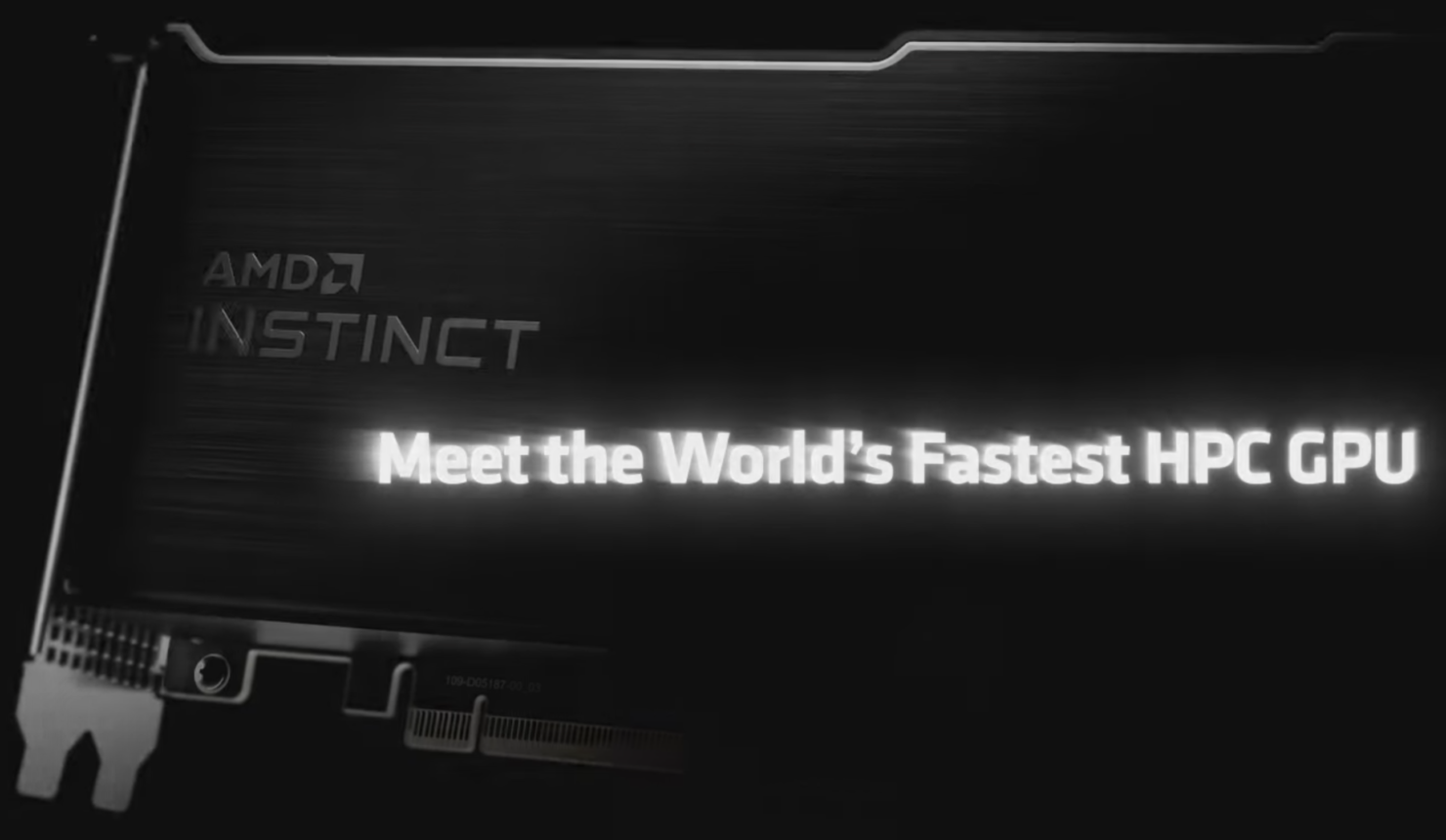 Some of the key highlights of the AMD Instinct MI100 GPU accelerator include:

The AMD Instinct MI100 features the 7nm CDNA GPU which packs a total of 120 Compute Units or 7680 stream processors. Internally referred to as Arcturus, the CDNA GPU powering the instinct MI100 is said to measure at around 720mm2. The GPU has a clock speed configured around 1500 MHz and delivers a peak performance throughput of 11.5 TFLOPs in FP64, 23.1 TFLOPs in FP32, and a massive 185 TFLOPs in FP16 compute workloads. The accelerator will feature a total power draw of 300 Watts. 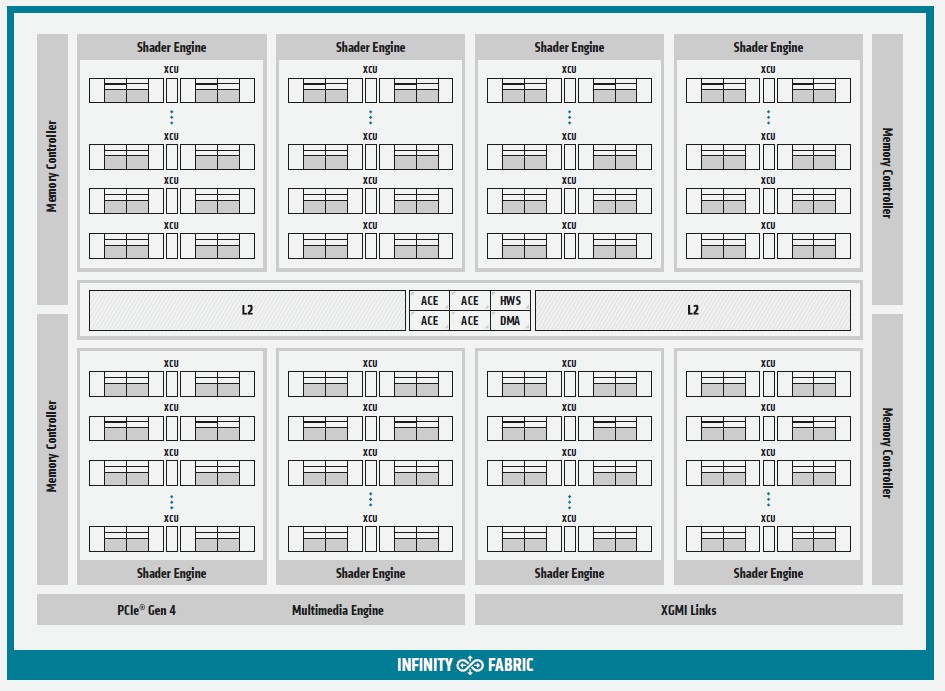 For memory, AMD will be equipping its Radeon Instinct MI100 HPC accelerator with a total of 32 GB HBM2 memory. The graphics card will be configured in 4 and 8 GPU configurations & communicate through the new Infinity Fabric X16 interconnect which has a rated bandwidth of 276 GB/s. AMD is using HBM2 chip rated to provide an effective bandwidth of 1.23 GB/s while NVIDIA's A100 features HBM2e memory dies with 1.536 GB/s bandwidth.

In terms of actual workload performance, the AMD Instinct MI100 offers a 2.1x perf/$ ratio in FP64 and FP32 workloads. Once again, these are numbers comparing the non-sparsity performance that the NVIDIA A100 has to offer. AMD also provides some performance statistics in various HPC work- loads such as NAMD, CHOLLA, and GESTS where it is up to 3x/1.4x/2.6x faster than the Volta-based V100 GPU accelerator. Compared to the MI60, the Instinct MI100 offers a 40% improvement in the PIConGPU workload.

According to AMD, its Instinct MI100 GPU accelerator will be available through OEMs and ODMs and integrated with the first systems by the end of 2020. The systems will be packing AMD's EPYC CPUs and Instinct accelerators. Some partners include HPE, Dell, Supermicro, and Gigabyte who already have servers based on the new Instinct MI100 accelerator ready to ship out. There was no word regarding the price of this particular accelerator.