As a matter of policy we don’t comment on rumor or speculation.  At this time we have not disclosed the foundry partner for our forthcoming FinFET products.  In early November, we announced with GLOBALFOUNDRIES we have taped out multiple products using GLOBALFOUNDRIES’ 14nm Low Power Plus (14LPP) process technology and we are currently conducting validation work on 14LPP production samples.

AMD's Radeon 400 series flagship GPU "Greenland" is reportedly debuting next summer and is set to enter mass production in Q2 2015 on the Samsung/Globalfounries 14nm LPP process. According to this latest rumor, AMD's graphics flagship will enter mass production specifically at the end of the second quarter of next year around June, in time for its introduction at the end of the summer and around the back to school shopping season. 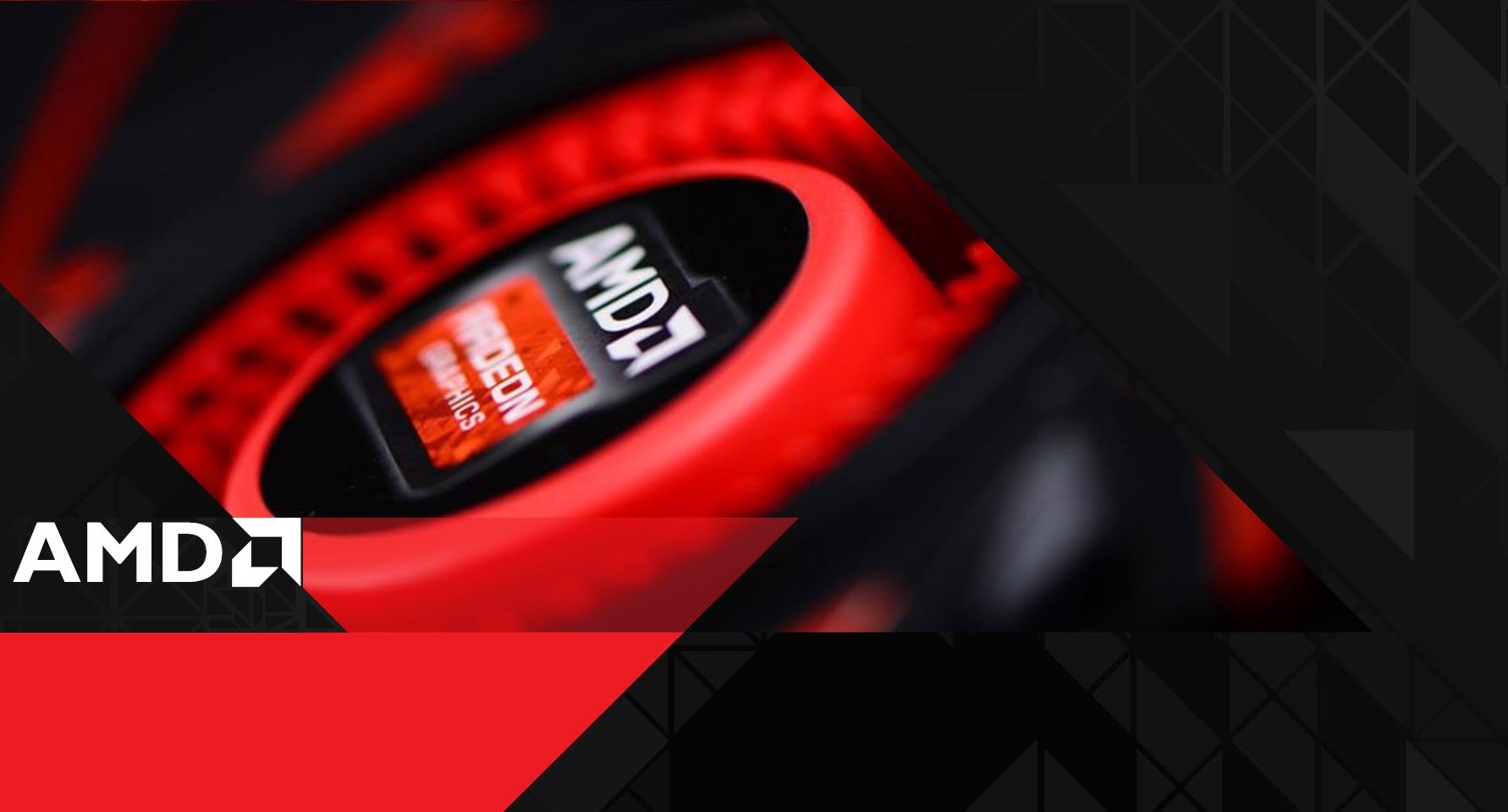 According to the extensive collection of leaks and information that have come out to date about Greenland, we know that this GPU is one of AMD's upcoming next generation family of Arctic Islands graphics processing units which also include Baffin/Ellesmere.

It's a good time to remind everyone to take this rumor with the usual grain of salt but it's also worth mentioning that we had published an exclusive report last month confirming that AMD is planning to introduce its next generation Arctic Islands lineup in the summer of next year. And while we cannot validate today's rumor coming from the far east, we should point out that it is very much aligned with our previous report.

AMD’s next generation “Arctic Islands” family of Radeon 400 series will represent the very first truly next generation of GPUs from AMD since the HD 7000 series which launched back in January of 2012. Primarily because it's going to be the very first line-up that's based on the faster, more power efficient and vastly denser 14nm/16nm FinFET technology nodes rather than the aging planar 28nm manufacturing process.

AMD officially confirmed back in May of this year that its 2016 lineup of GPUs - which includes Greenland as well as Baffin / Ellesemere - will feature three major improvements over the current R 300 series and Fury series. These include second generation HBM, a next generation GCN architecture as well as a more advanced 14/16nm FinFET process. The three of which mean that for the first time since 2012 we're going to have a comprehensive product lineup that's generationally ahead in a big way on both the performance and power efficiency fronts than what we have today with the 28nm flock of 300 series and Fury series graphics cards. 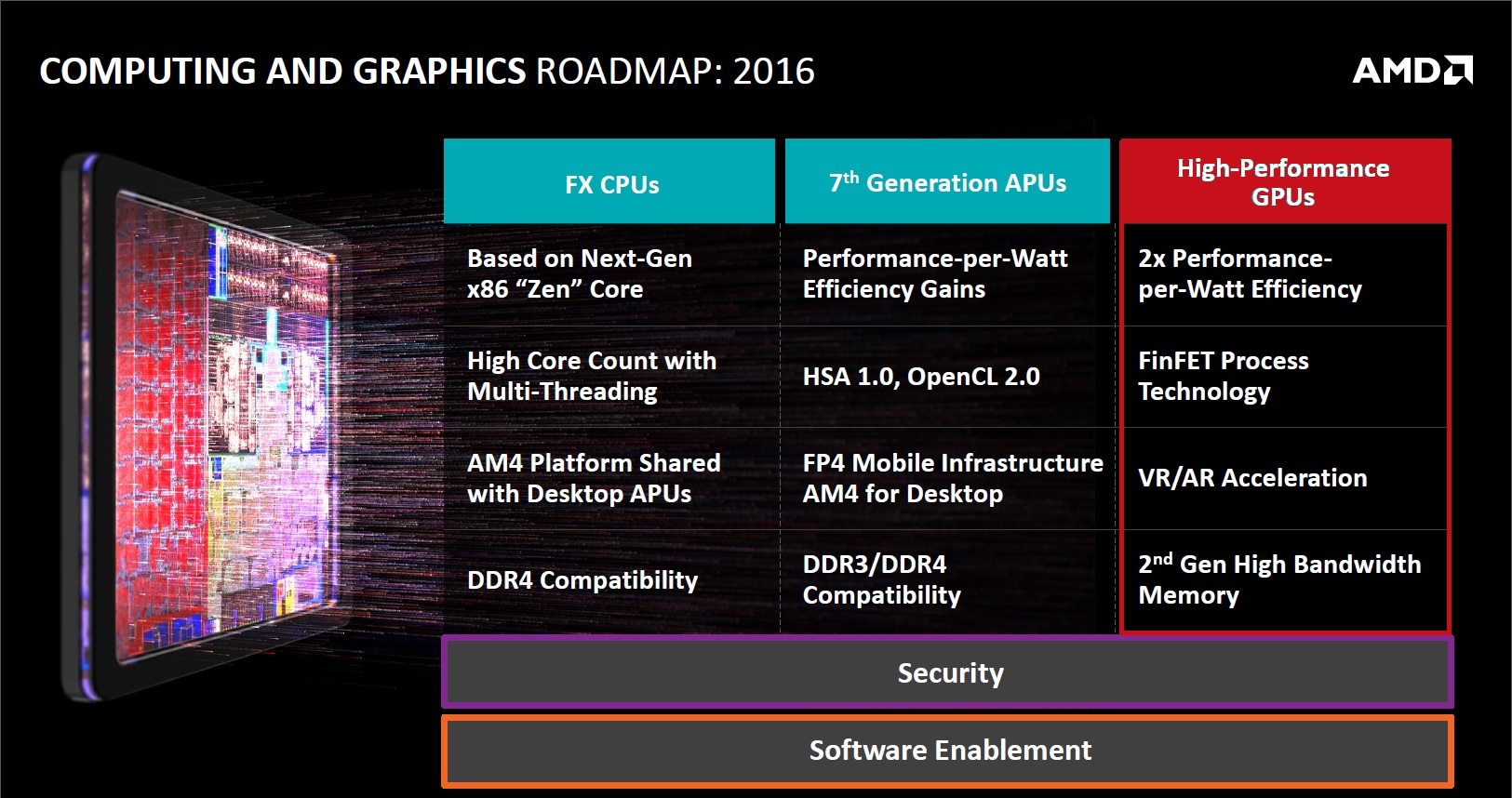 AMD's CTO Mark Papermaster confirmed in November that the company will leverage Globalfoundries' 14LLP process for its next generation GPUs but did not go into detail as to which specific products will be made at GloFo versus TSMC, another confirmed partner of AMD's on the 16FF node. However, as mentioned earlier Greenland will reportedly be made using the Samsung/Globalfoundries 14LPP process according to the report we're covering today as well as all the whispers we've personally been hearing over the past little while.

At 1 Terabyte/s of memory bandwidth HBM 2.0 offers double the bandwidth of HBM 1.0 found in the R9 Fury X which features a 4096bit memory interface, 4GB of VRAM and a total of 512GB/s of bandwidth.

“Greenland“ which has been numerously purported as the flagship GPU in the Arctic Islands family is set to be AMD’s most powerful and most advanced graphics chip to date. Rumored to feature up to 18 billion transistors and up to 32GB of second generation HBM - 16GB on the consumer variant and 32GB on the FirePro variant - with 1TB/s of memory bandwidth. Making it the largest ever graphics engine conceived by the company. At approximately twice the transistor count, double the memory bandwidth and four times the memory capacity of AMD’s current flagship the Fury X, Greenland is bound to the company's first single GPU solution to bring 4K gaming to the masses.

The Arctic Islands graphics architecture will power everything from next generation mobile and desktop GPUs to APUs and semi-custom chips. There’s also strong evidence to suggest that Nindendo’s next generation gaming device “Nintendo NX” – which is coming next year – will be powered by an AMD semi-custom SOC. Making it a very likely candidate to feature AMD’s “Arctic Islands” GCN graphics architecture.