AMD carries a lot of weight and is directly entangled in the console manufacturing industry. The American chip maker powers the latest PlayStation 4, Xbox One and Wii U consoles with its custom accelerated processing units, and it looks like it will soon power yet another video game console with either one of the two semi-custom chips based on ARM and x86 architecture that were announced back in October and are expected to collar big lifetime revenue for the company. 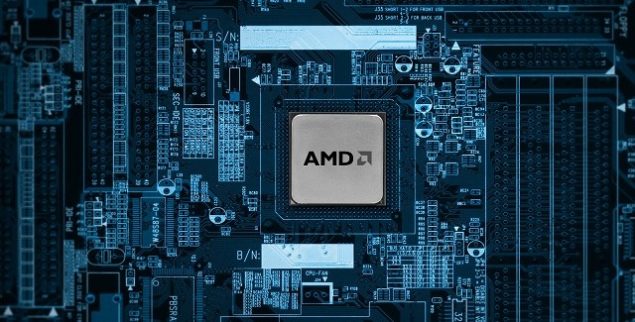 One thing that makes Advanced Micro Devices more notable over other computer chip manufacturers is that it provides the SoC solutions for all the eighth generation living room video game consoles, and knowing that the company is scraping together a good amount of revenue from the console hardware business, it is likely that it will continue to power new gaming devices in future. In fact, it might so happen that an accelerated processing unit from AMD might already be in line to bring a brand new, yet unannounced video game console to life soon.

This bit of news comes from a statement made by AMD’s chief financial officer, in which he hints towards a new gaming device that would be powered by either one of the two new semi-custom design wins that the company announced back in October. The high-ranking executive didn’t say much on the topic, but given the favorable revenue contingencies that were outlined with the deal by the company around a month ago, it could be a major device intended for high-end market.

AMD expects the two new design wins to bag a lifetime combined total revenue of approximately $1 billion over around a span of three years starting from 2016. It has already been revealed that both the new semi-custom chips would feature integrated Radeon graphics, and while one of them would be based on the company’s ARM architecture, the other one would feature x86 general-purpose cores. Recently, the chief financial officer of the American multinational semiconductor company revealed that one of these two semi-custom APUs is aimed at powering a “beyond gaming device”, which apparently means that the other one will power a device that falls under gaming category. At Raymond James Financial technology conference, Devinder Kumar, AMD’s CFO, stated:

“I will say that one [design win] is x86 and [another] is ARM, and at least one will [be] beyond gaming, right. But that is about as much as you going to get out me today. From the standpoint [of being] fair to [customers], it is their product, and they launch it. They are going to announce it and then […] you will find out that it is AMD’s APU that is being used in those products.”

Assuming that the gaming device AMD is hinting at is a high-volume video game console, unlike the recently released lineup of micro-consoles running on Android platform, it is perhaps Nintendo that is planning to put AMD’s new semi-custom accelerated processing unit into use, as the Japanese platform holder has been reported to be developing a successor to Wii U console that is rumored to launch no sooner than late 2016. Nevertheless, only time will tell what exactly AMD is planning to power with its upcoming semi-custom APUs.