AMD’s FidelityFX CAS Got Ported to ReShade, So Everyone Can Use It Now 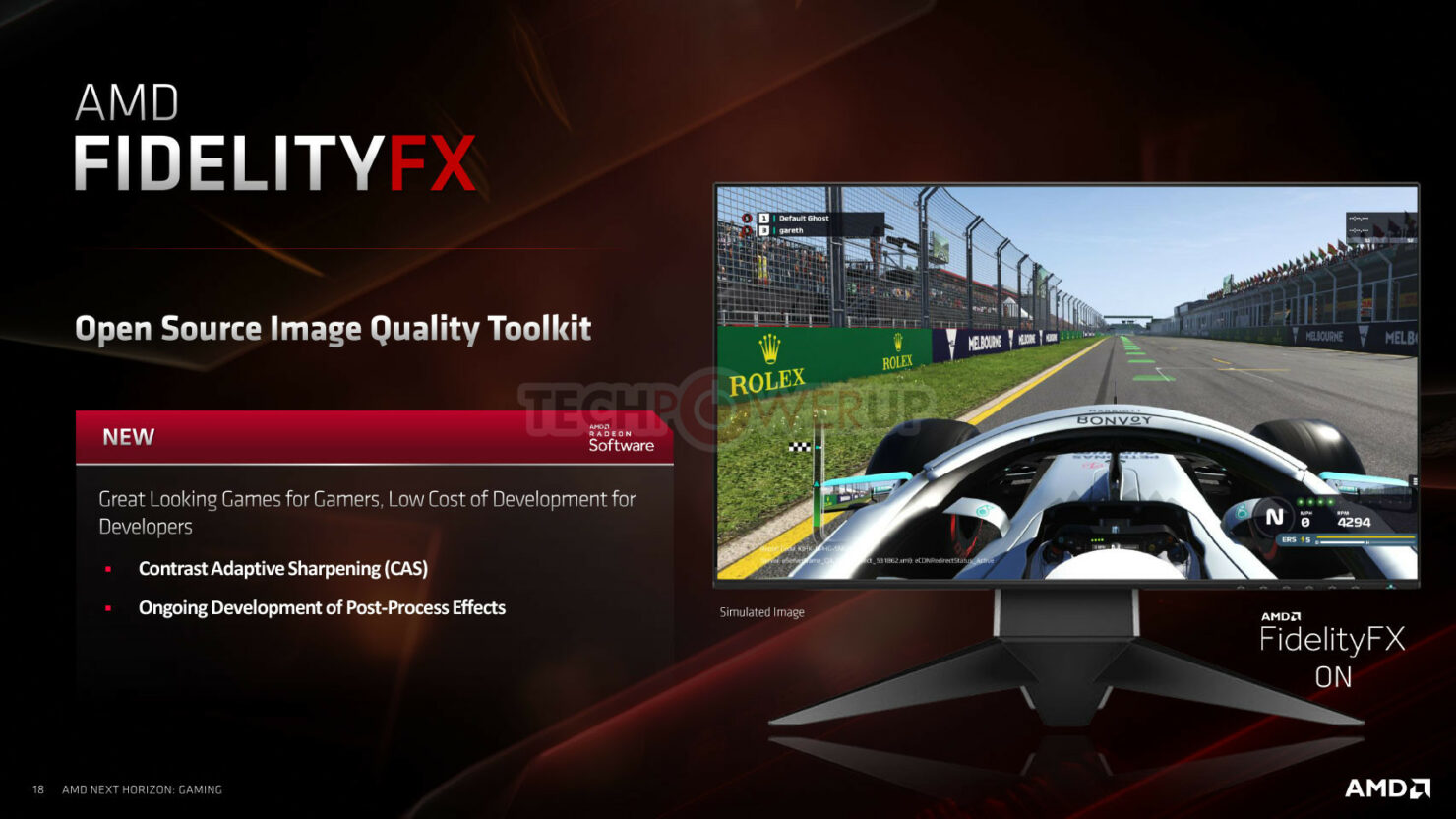 AMD's FidelityFX was announced at E3 2019 as a tool to improve image quality in games at a very low performance cost.

CAS, or Contrast Adaptive Sharpening, is one of the main features available in FidelityFX. According to AMD, combined with GPU upscaling it can deliver crisp visuals at 'virtually' no performance cost.

Thanks to modder jsheard, CAS is now available in ReShade, the popular post-processing injector. This means even NVIDIA users can utilize it. However, do note that the upscaling part has been cut in the porting process as ReShade cannot do upscaling anyway, so only the sharpening tool remains.

It will be a little slower than the driver version since ReShade doesn't support FP16/RPM, and I'm pretty sure this version won't work in DX9 games, but I've tested both DX11 and OpenGL games successfully. Looks pretty good to me.

Keep in mind that sharpening should ideally be done before film grain is added, otherwise the grain gets amplified, so for best results you may need to disable in-game film grain and instead apply a ReShade grain effect after CAS.

On the ReShade forum, jsheard said he did 'the bare minimum' to port CAS to ReShade and admitted it could probably have been done better. Pascal Gilcher (AKA MartyMcFly, the author of the screen shade ray tracing shader we've covered lately) then managed to optimize it further, so we'd advise using his wrapper shader instead.

Let us know your experience with ReShade-based CAS as opposed to AMD's own solution.