Michael Larabel—site owner of Phoronix, Linux software engineer, and open-source analyst—has recently had the chance of testing the new AMD EPYC processors in several Linux workloads. He has also run comparison tests with a selection of AMD Zen processors to see how the new processor held up with previous iterations. Recently, he reported an upcoming change to the sched/core in Linux 5.18, which is intended to improve the performance of AMD processors, specifically the EPYC and later Zen series chips. After several adjustments to fix the NUMA balancing while it transfers through several LLCs, Larabel shares his benchmark results with the public.

The new update that originates in "sched/core," released before Linux 5.18, and the release of the kernel next month is not entirely focused on AMD processors only. However, the new change does offer better results for Zen series processors with their specific cache layouts.

Mel Gorman. The author of the new AMD patch explains in further detail:

[A kernel scheduler change from 2020] allowed an imbalance between NUMA nodes such that communicating tasks would not be pulled apart by the load balancer. This works fine when there is a 1:1 relationship between LLC and node but can be suboptimal for multiple LLCs if independent tasks use CPUs sharing cache. Zen* has multiple LLCs per node with local memory channels, and due to the allowed imbalance, it's far harder to tune some workloads to run optimally than it is on hardware with 1 LLC per node. This patch allows an imbalance to exist up to the point where LLCs should be balanced between nodes.

Gorman's initial benchmark tests show a 272% improvement in the Stream memory benchmark test. Additionally, he noticed 10% increased performance (with the maximum at 17%) in Coremark tests and 18% SPECjbb Java performance. The NPB parallel benchmark was 17% improvement, surprising due to the less than adequate past tests. This new addition to the Linux 5.18 kernel adds 50 lines, which, even with the small number of lines, is still a substantial improvement overall. 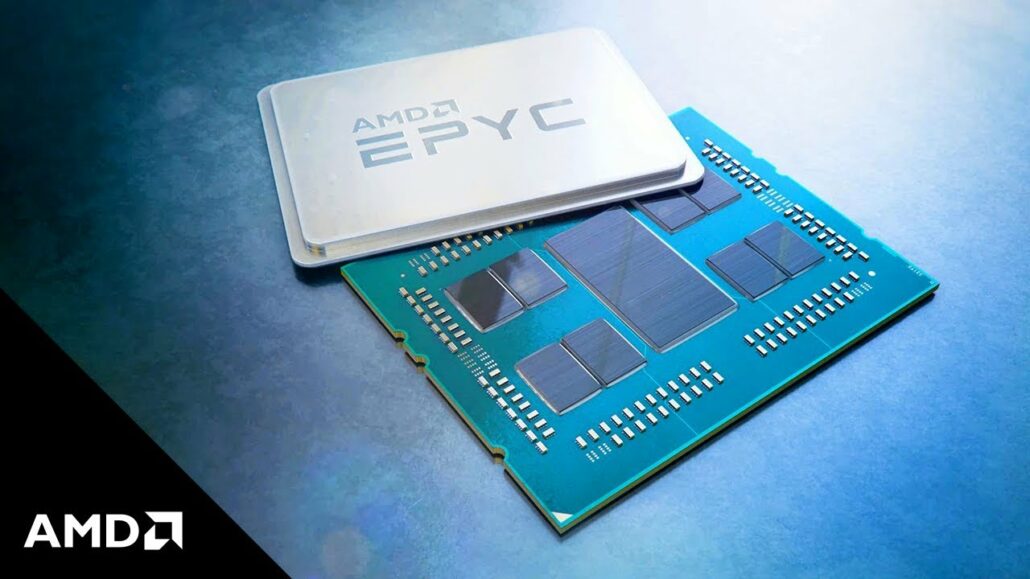 We will post all the results at the end of the article and highlight some significant advancements made to the AMD EPYC performance in Linux. 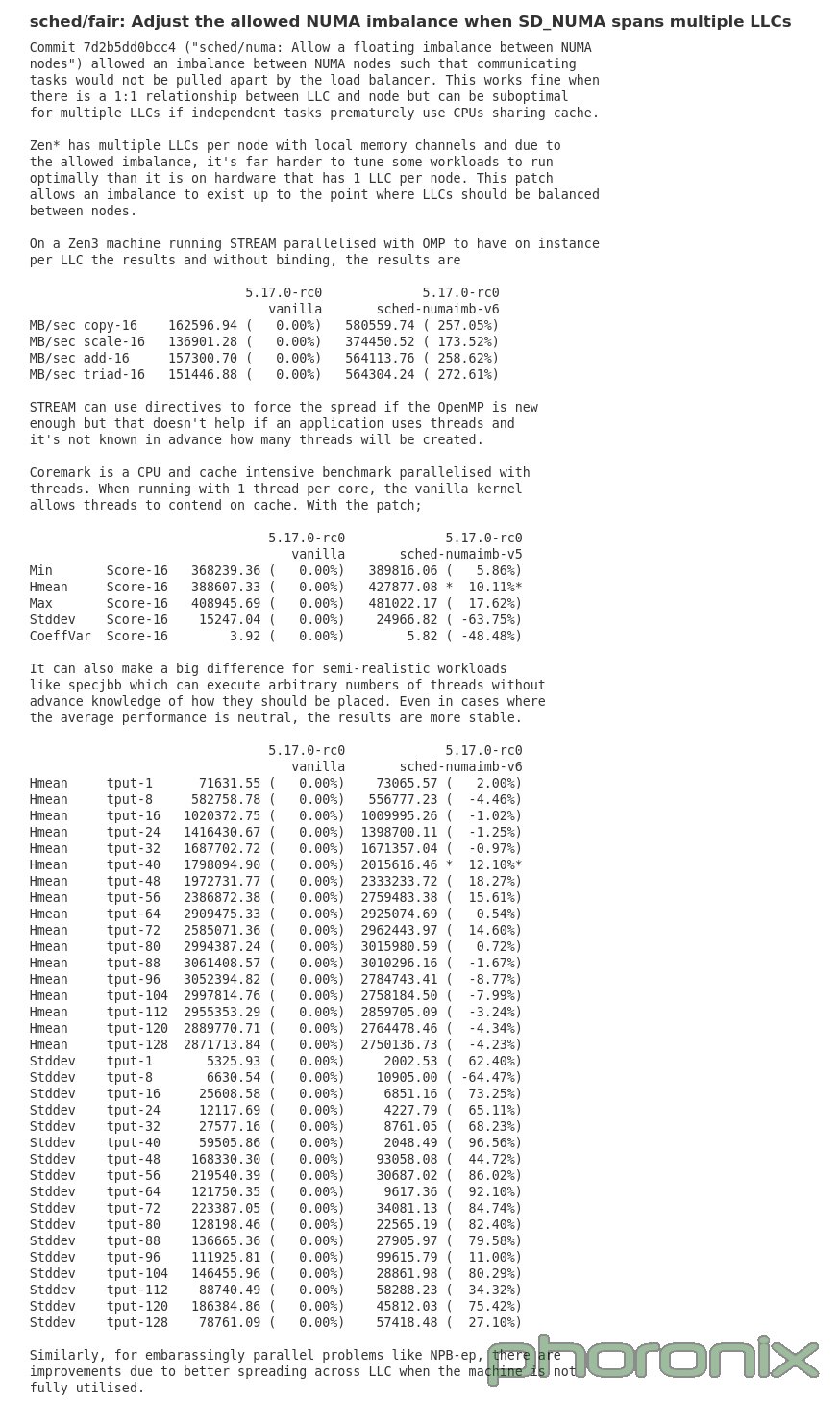 The great news for AMD Linux users is that they utilize the "sched/fair: Adjust the allowed NUMA imbalance when SD_NUMA spans multiple LLCs" patch within TIP's sched/core. Since there were plenty of promising results for EPYC performance in several workloads, it looks to be a win for AMD at the moment. Larabel plans to run other benchmarks once Linux 5.18 is officially released and cover Intel and NVIDIA's additions to the new kernel.