AMD's highly anticipated Zen core will feature a plethora of new extensions to the x86 ISA, but will also lose some Bulldozer specific ones in the process and for good reason. This information was revealed through a patch released by AMD to ensure compatibility between the new core and Linux.

Zen is AMD's next generation high performance x86 CPU core. It's being developed in tandem with its "sister" core the 64bit, ARMv8 based K12. We broke the news about the code name for Zen over six months ago and today we get more than just a code name, a glimpse into the core's capabilities.

Zen will succeed AMD's last Bulldozer based CPU core, code named Excavator, in 2016. Excavator will be featured in AMD's upcoming APU's code named Carrizo. The Excavator CPU core has been tweaked specifically for the mobile segment. AMD states that the new core consumes 40% less power than its predecessor Steamroller. And Carrizo represents the most significant power efficiency leap the company has ever achieved with any APU. 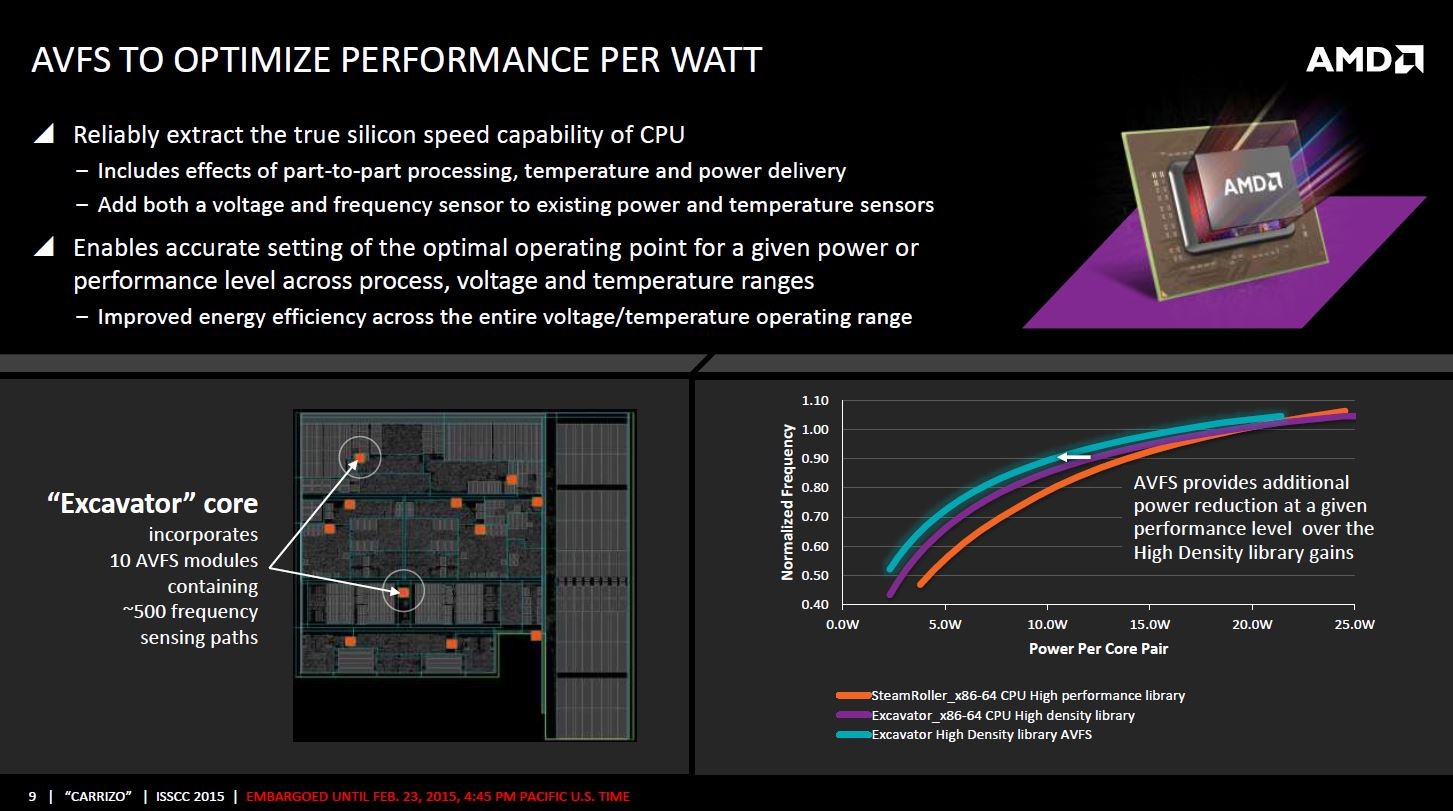 According to sweclockers, the new core will first make its debut to desktop processors inside the Summit Ridge family of products. Which will feature up to 8 Zen CPU cores under a frugal 95W TDP. Which indicates that the new CPU core will be highly power efficient. According to the same source the Summit Ridge family of products will debut on a new FM3 socket, will support DDR4 memory and will be built on 14nm FinFET.

The Linux patch revealed the x86 ISA extensions that Zen will support. Zen will support all the extensions of previous AMD CPU cores except four specific ones introduced with bulldozer and these include TBM, FMA4, XOP, and LWP. These AMD exclusive extensions will no longer be supported due to their underutilization to save both area and power that can go into building more useful structures in the core.

However the good news is that what has gone in is far more than what has gone out. AMD has implemented support for several new extensions in Zen. These include SMAP, RDSEED, SHA, XSAVEC, XSAVES, CLFLUSHOPT, and ADCX. Some of the mentioned extensions have been introduced recently by Intel with Broadwell. However the majority of the new extensions that Zen will support we haven't seen or heard about anywhere else yet, not even with Skylake. So they seem to be unique to the Zen microarcthiecture.

It's nice to see with Zen that AMD will support the RDSEED instruction, which Intel has added since Broadwell for seeding another pseudorandom number generator. SMAP is short for the Supervisor Mode Access Prevention and is another Intel instruction set extension already supported by Linux.
AMD Zen also adds a new CLZERO instruction. This is a new one and "clzero instruction zero's out the 64 byte cache line specified in rax. Bits 5:0 of rAX are ignored."