AMD is here at Computex 2019 in full force where its flaunting all of its next generation goodies, from all new Zen 2 powered Ryzen processors, 7nm based Navi gaming graphics cards to their behemoth multi-die EPYC ROME enterprise processors.

The company demoed its brand new server chips in action running a biophysics benchmark, specifically NAMD Apo1 v2.12, where EPYC delivered more than double the performance of the Intel alternative. Although admittedly the company showed a dual socket 64 core x2 system versus a dual socket 28 core x2 Intel Cascade Lake system. If anything this could indicate that AMD is looking to deeply undercut big blue on pricing.

One of the primary new features of AMD's EPYC Rome processors that set it apart is the SCH (Integrated Server Controller Hub) which the company is integrating into each chip as a standalone 14nm I/O die. 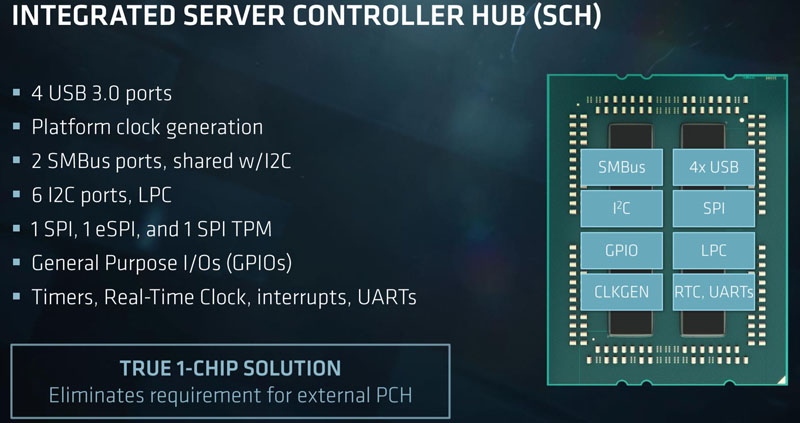