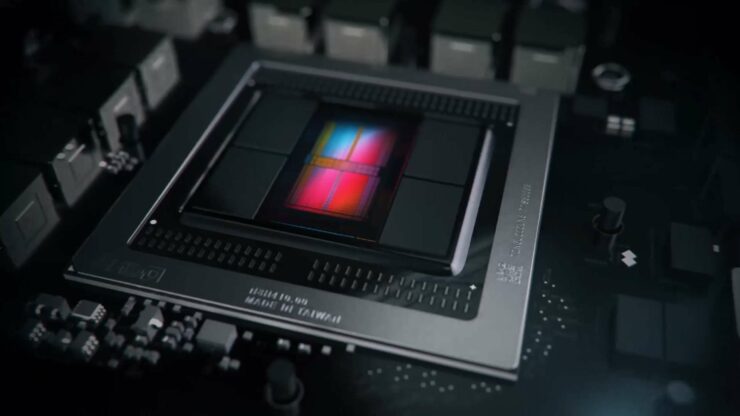 So AMD has just officially confirmed Navi GPU launching in Q3 2019 (something we have exclusively talked about before) during their earnings call. The Navi GPU is the anxiously anticipated successor to the Vega architecture and has been in the pipeline for quite a few years now. The most likely event for a Q3 launch is Gamescom 2019 from 21 to 24 August (caution: this is just an educated guess, not a sourced comment).

AMD Navi GPU launching in the next few months, most likely during Gamescom 2019

If you remember the exclusive I published on Navi's launch date, you will remember I said the GPU will launch roughly a month or so after Ryzen 3000 series (7nm) which is expected to launch at Computex. That means we are looking at a launch by late July - mid-August. Now that AMD has confirmed a launch in Q3, the rumour mill is sure to switch into high gear leading up to the days of the actual launch. This is going to be the biggest gaming launch since their Vega reveal in late 2016.

AMD also announced that they would be launching the 7nm Ryzen processors in Q3 but this is old news by now (if you follow the leak scene) and we expect them to roll those out at the Computex Keynote. We might even get a sneak peek at the upcoming Navi GPU as well - although the actual launch won't happen till later.

The Navi GPU is going to slot in somewhere between the Vega 56 and 64 in terms of performance levels and we have heard conflicting stories about its architecture. My original and (one of the more reliable) source maintains the flagship Navi GPU will not be based on GCN architecture but a recent leak appears to contradict that. I was also told that the first variant of Navi that launches will house just 40 CUs which if the ratio of SP to CU is the same as GCN equates to 2560 SPs. This is obviously not the highest end variant of Navi and as far as I know, will actually be called Navi 12.

This makes sense as AMD bides its time to perfect the actual flagship which will roll out later sometime. In other words, the word on the rumour mill is that Navi 10 won't actually be the first GPU out the door, in a break from tradition and the company will actually go after a bottoms-up approach this time. Which considering their current GPU market positioning of targeting the perf/$ segment instead of pure performance, makes a lot of sense.