Amazon Raising Minimum Wage to $15 an Hour For US Employees

Amazon (NASDAQ:AMZN) today announced that it would be raising the minimum wage for all US positions to $15 an hour starting November 1st. This raise will hit not only their 250,000 full-time and part-time employees, but also their season employees which are around 100,000.

While this will most certainly hit margins, the severity of the impact has yet to be ascertained. The effect of the raise will be will be known when it's forward-looking quarterly guidance comes out. Amazon makes this announcement after Senator Bernie Sanders gave Amazon a scare when he introduced the BEZOS Act, coming out swinging by saying that their workers rely on government subsidies to survive. This move is likely an attempt to calm down lawmakers and get them to change tunes, as Sander's plan was  to "give large, profitable employers a choice: pay workers a living wage or pay for the public assistance programs their low-wage employees are forced to depend upon." This likely is a move on Amazon's part to prevent the scrutiny of Congress and an attempt to beat them to the punch.

Investors thus far are seemingly alright with the change. “Amazon’s announcement that it was raising starting wages for employees to $15/hour, as well as other pay increases, is positive for the company despite the incremental costs that will result,” Moody’s Lead Retail Analyst Charlie O’Shea stated, thinking that the adage "you get what you pay for" applies to Amazon's employee base as well. “As we have seen with other retailers who have already done this, including Walmart (NYSE:WMT) and Target (NYSE:TGT), the returns will ultimately outweigh the costs,” O'Shea continued. Walmart announced in January it would raise their wages to $11 an hour minimum and Target wants to hit $15 by 2020. 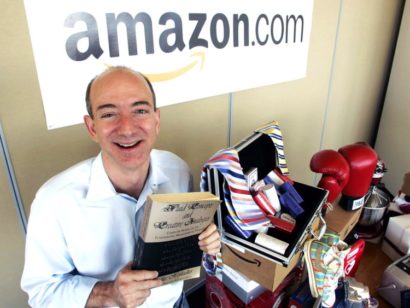 Jeff Bezos is no stranger to criticism, but raising the minimum wage across the board for his organization quieted some of the nay-sayers. “We listened to our critics, thought hard about what we wanted to do, and decided we want to lead,” Bezos said. Their public policy is now also advocating for an increase to the federal minimum wage from $7.25 an hour. More money in the pocket of their workers is certainly good for the US economy. However, some things about this raise have yet to be taken into account.

Such a massive increase in the payroll of around 250,000 - 350,000 US employees could very well be a kick in the teeth for investors, if not at least the bottom line of their warehousing division. Depending on where they are located, they could very well see a doubling of pay in less than a month, hitting them square in the Q4 results. Without exception, their biggest quarter every year is the Holiday season, and if they are paying more employees more money to do approximately the same volume of sales, then they are going to have to make up the profit in other divisions within the company if they want to hit $1.2 trillion. With employees now costing more, the effect of workplace injuries could end up costing even more in their aftermath. There are lots of factors here to put into the equation to determine just how hard or soft of a body-blow this will be for Amazon, and right now it is too early to tell just how bruised they will be by this.

Considering the insanity of the Holiday seasons coming up, this move makes Amazon look rather fantastic not only to investors but to consumers wanting to support companies who provide their workers with a living wage. Instead of being vilified for their treatment of employees, now Amazon is getting a pat on the back from Washington, investors and they are now hoping the consumer as well for their progressive policies. It will undoubtedly impact the economy when all of a sudden a seasonal employee is getting paid double what they got last year for the same work. This makes the employee happy, and happy employees do better work, but will it make for a happier and financially healthier Amazon? Rarely a day goes by where we don't hear something about the goliath Amazon, so stay tuned and we'll keep you informed!