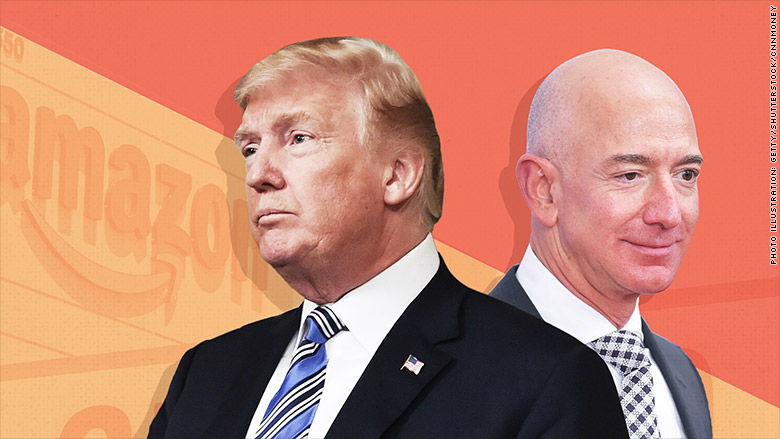 Much of what we cover in the Wccftech Finance section details the longstanding and somewhat ill-defined battleground between corporations and governments. Offshore tax havens, tax avoidance schemes with strange sounding names like the “Double Irish” or “Dutch Sandwich”, Luxembourg discount corporate tax rates and others often fuel multinational corporations ability to make ridiculous levels of money.

Last week, a little known tax transparency company called Fair Tax Mark published an assessment of many of these multinational tech firms including Amazon (NASDAQ:AMZN), Facebook (NASDAQ:FB), Google (NASDAQ:GOOGL), Netflix (NASDAQ:NFLX), Apple (NASDAQ:AAPL) and Microsoft (NASDAQ:MSFT) and came to the conclusion that between them, the firms had avoided approximately $100 billion of global tax over the last decade.

France’s Digital Services Tax is an attempt to redress the balance on huge multinational technology firms that have a multitude of tools at their disposal to avoid global taxes and at a high level, proposes to tax revenues rather than profits. Of course, this has its own problems since the US now views proposals like this as being unfairly targeting of its companies given that many of the new economy digital companies which are so huge are American, but fundamentally the main image of the battleground between corporations and governments is one of taxation.

Amazon ran a major event, marketing it as a beauty pageant but basically asking a number of cities across the US to submit bids to have the honour of being selected as the location for its second headquarters. Ultimately, it decided to go with two locations, Arlington VA and New York for a number of reasons including its deep pool of talented workers, but also the tax breaks it got which were reputed to be approximately $3 billion over a 10-year period.

Fast forward to February and Amazon decided to throw the towel in on its planned New York location after a fair amount of negative publicity and strong public criticism of the tax breaks it received in order to grace New York with HQ2 status. Well yesterday, it announced that it has signed a lease for 335,000 square feet of office space to accommodate over 1,500 new employees, scheduled to open in 2021. Still a far cry from the huge space it planned to originally open but perhaps a sharp awakening that the rise of corporations is still checked by public opinion and governments.

The problem however remains the extent to which corporations can flex their power to transfer wealth from people and governments to their own coffers. Many feel that at present, too much power resides in the hands of big business and the world has begun pushing back against this in the form of weaker commitments to globalisation vs. nationalism (looking pointedly at the Trump Presidency and Brexit), as well as other initiatives like digital taxes to try to curb the ability of corporations like Amazon to run riot.

A lot of this blowback comes hot on the heels of the famed deal that Wisconsin offered to Foxconn. Brokered in part by a White House keen to bring jobs from the Asia-Pacific region back to US shores, Wisconsin offered what was reportedly anywhere from $3 billion to $4.5 billion in subsidies to Foxconn to bring 13,000 jobs to the states. Amazingly, this equated to over $300k in incentives per employee, while the state itself would bankroll infrastructure work as an added bonus to make the new sites accessible.

The problem now however is that the deal is widely derided and regarded as a complete dud. Foxconn has a bunch of empty buildings in Wisconsin, has delayed its plans to build manufacturing plants and hire workers, has thrown in the towel on the “innovation centers” it was to build to have highly paid professionals employed as well as blue collar manufacturing workers, and has massively scaled back its plans from 13,000 workers to just 1,500.

Sure, subsidies haven’t been paid out to the firm yet but this deal has absolutely cost Wisconsin residents money in the form of infrastructure building and homes in the form of people who had their properties bought up to make way for the factory that never was.
Now, as the 2020 election in the US draws nearer, President Trump has told Foxconn founder Terry Gou to bring more jobs to Wisconsin. Important for him no doubt given how important the state was in the 2016 election.

Capitalism is amazing, it is the single best vehicle for wealth creation that exists that we know of. However it does have a tendency to concentrate power and wealth in the hands of the successful few, whether they are individuals or companies. These few have an immense ability to shrug off the rules that apply to most others, whether it is people who take advantage of tax loopholes or corporations. We’ve written about how companies are also eroding retail investor value by waiting later and later to go public, how they avoid taxes and how they get governments to give them tax breaks like with the Trump tax breaks to deem all their foreign offshore cash repatriated and give them a tax break on bringing it back into the country. This latest news that Amazon is expanding its NY presence even after its disastrous attempt to court government sanctioned tax breaks is yet another little push back in the face of corporations.

Much of the world’s regulatory mechanisms are naturally a reaction to what has occurred and been perceived as bad practice. As such, it’s only natural that corporations will push the boundaries before then being brought back into line. France’s Digital Services Tax is the first logical step to take aim at the fact that corporations should either have profitable operations, or not run. If a company can fake a lack of profitability and get away with it, that shouldn’t be allowed and as such the assumption is that if you’re doing business, it must be profitable to you. As such, France will just tax your revenue rather than worry about how you can show you’re not making a profit and therefore don’t deserve to be taxed when everyone knows you actually are.

Other measures which seem more and more outdated is the US SEC regulation requiring only firms which have over $10 million in assets AND more than 500 external investors to have to file accounts. This bar was set by the Securities and Exchange Act of 1934 when $10 million was a hell of a lot more money than it is today. The rationale was that if you’re so big you have that much and a bunch of shareholders, you should basically be a public company so we’ll make you open up to scrutiny in the same way a public company is and make you file accounts.

The trouble is that the venture capital investment industry has come a long way since 1934 and now many multi-billion dollar companies are still private with a number of shares just circulating amongst limited external parties, thereby allowing them to keep all the early stage growth and profits for themselves. Pension funds and others who have requirements that their investments be in publicly traded companies are left out in the cold, as obviously are retail investors.
The war between corporations and governments/regulators is a long one and being constantly waged. This week, we saw Amazon take a slice of humble pie.