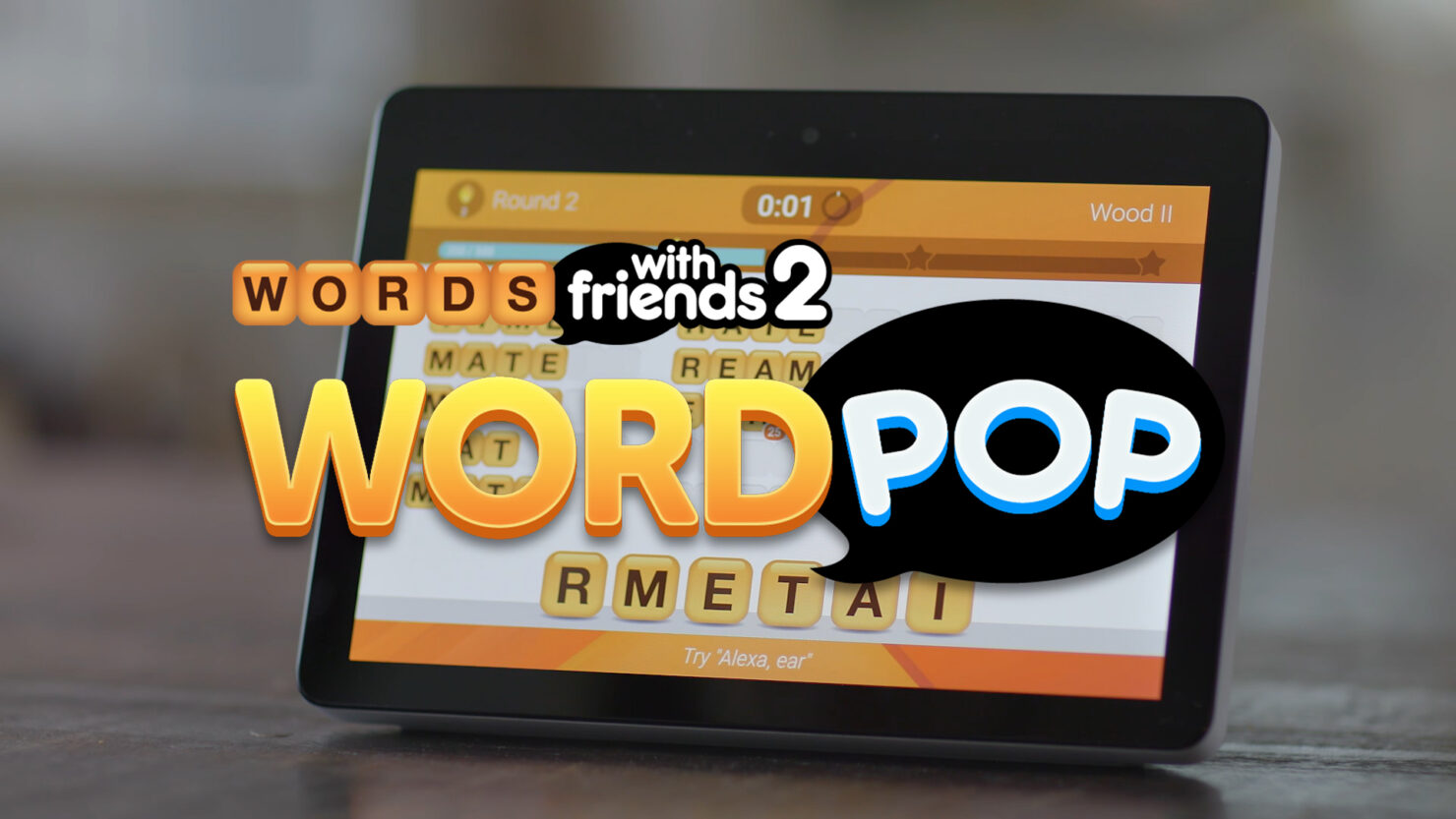 I know you can find a fair few games through Alexa. I always enjoy a little game of Bingo, Escape the Room and Skyrim. It's an old joke, but it wasn't a joke - kind of. So, anyway, Amazon has now partnered with Zynga to bring one of Zynga's most popular games, Words With Friends, to Alexa in the form of a new game called Word Pop.

Words With Friends: Word Pop describes itself as a brand new take on the very popular mobile series. In Word Pop, Alexa will give the player a six-letter bank and challenge them to spell as many words as they can, within a minute, using those six letters. Points will be earned through both the letters used and the word length.

Accessing the game is a simple procedure, you simply say "Alexa, open Word Pop" and it is available on any Alexa-enabled device, such as the Amazon Echo, Amazon Show or the Echo Dot.

Bernard Kim, President of Publishing at Zynga, has this to say about the new release:

I’m thrilled that by adding Word Pop to the Words With Friends family, players will be able to test and improve their word skills, making them even better Words With Friends players. The beauty of Words With Friends is that even after ten years, we’re still discovering new ways for the franchise to bring joy to players around the world. We’re dedicated to experimenting with services such as Alexa and game modes like Word Pop, which gives players a familiar, yet novel experience.

Steve Bernstein, the director of Alexa, has this to say:

We’re very excited to have a global leader in mobile games like Zynga create a new voice-based game based on such an entertaining franchise like Words With Friends. Customers love playing games on Alexa and we’re excited to bring this new experience to them, testing their word knowledge in a fun and challenging way.

Word Pop is now available on any Alexa-enabled device now.