Amazing The Witcher 3: Blood and Wine Screenshots Released by CDPR 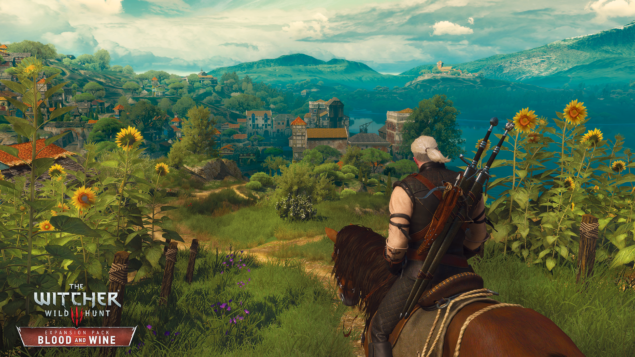 The Witcher 3 has won over 800 Game of the Year Awards in 2015 (including ours), thrashing the competition apart.

That's more than reason enough to be excited for Blood and Wine, the second and last big DLC scheduled for release in the first half of 2016. Today CD Projekt RED released a new batch of gorgeous screenshots that will certainly go a long way towards sating the fans, at least for a while.

I can already tell you Blood and Wine is a fascinating story, with every sort of twist and turn you’d expect from our writers.

Toussaint, the new realm we’re creating for the expansion, is unlike anything you’ve seen in Wild Hunt – carefree and colorful, but your gut never stops telling you that there’s some real dark stuff happening underneath all that. We’ll be revealing more information in May, however, to sweeten the wait, here are some fresh screenshots from the expansion.

With more information on Blood and Wine promised in May, it's almost a certainty that the DLC will be available on all platforms at some point in June. At least it won't clash with the other big RPG DLC, Fallout 4's Far Harbor, due for release in May.

According to the information released, the DLC should last twice as much as Hearts of Stone, going above 20 hours of gameplay. The new region, Toussaint, is untainted by the war; however, an atmosphere of carefree indulgence and knightly ritual masks an ancient, bloody secret.