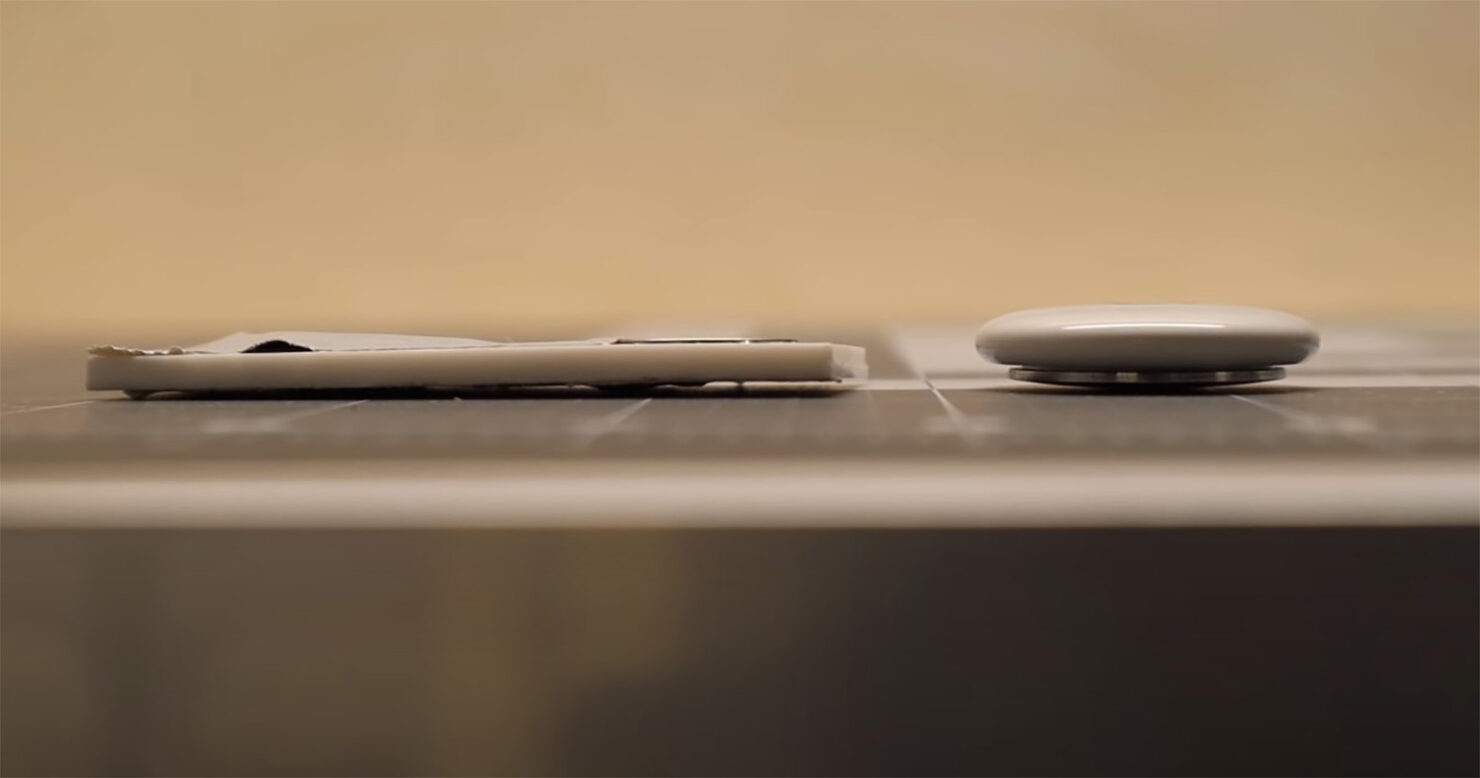 Apple’s AirTags are small enough to get unnoticed by many while also thin enough to slip into a backpack pocket for easy tracking. Unfortunately, if you attempted to slip one into your wallet, a solid bulge would appear, and it would not be the most comfortable thing to carry around in your pocket. Fortunately, one YouTuber has found a solution to this problem, and it involves a bit of modding, so take a look.

Process Was Far From Easy, as the PCB Was Glued to the Plastic Shell

While it is effortless to remove the AirTag’s battery, the rest of the components are held together by glue. Removing the components is easier said than done, but YouTuber Andrew Ngai manages to make this possible through the use of extreme patience and proficiency with some tools. The YouTuber makes use of a heat gun to remove the logic board from the plastic shell.

However, there is also the CR2032 battery found in the AirTags, which adds to the overall thickness. How is Ngai going to work around this? Simple, by using a wired connection instead of a direct connection. He makes a 3D-printed card to fit in the AirTag’s removed components, with the battery present on the side. In short, the circular AirTag transforms into a card-shaped tracker, which can now effortlessly slide into Ngai’s wallet and prevent him from misplacing it in the future.

Do keep in mind that this process is a delicate one and required immense precision. Even then, you can see the end result in the video is not the most elegant thing in the world, but there is some ingenuity involved when carrying out such mods. We are sure many people will be thinking about tons of creative ways to mod Apple’s AirTags to fit them in tight spaces.

As for the latest video, you can view it below and share your thoughts in the comments.