AirPower is Not Here (Yet), But this 5-Coil Wireless Charger Will Charge an iPhone and AirPods Simultaneously For Just $36.99 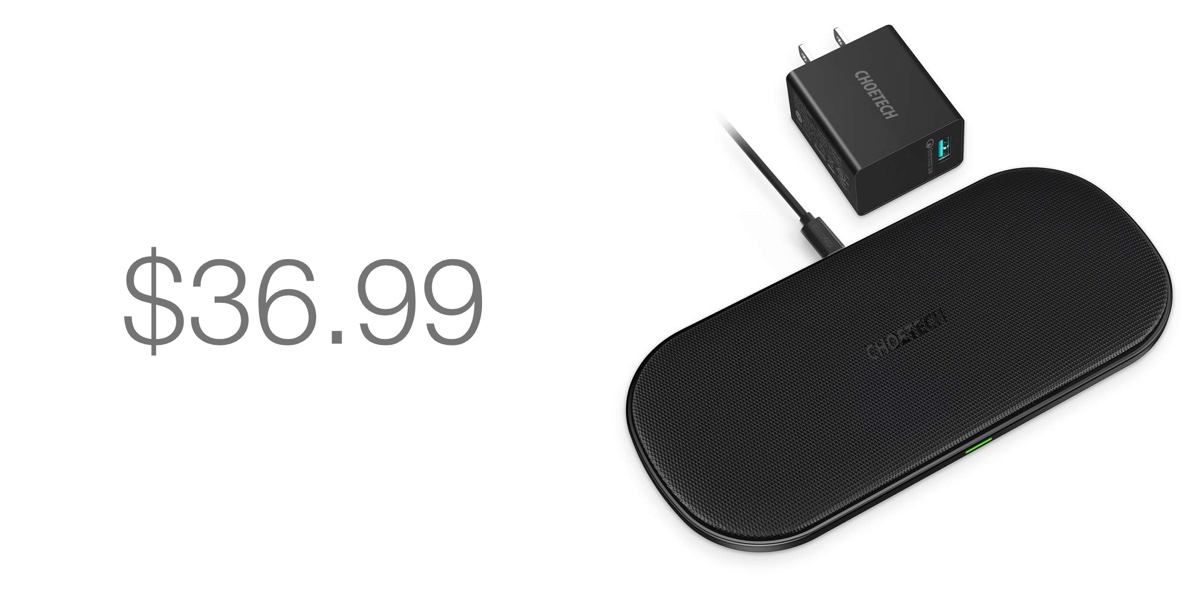 It's a known fact that AirPower is nowhere to be seen. But if you look elsewhere, you can get a wireless charger that can do what the AirPower promises.

Having your phone wirelessly charge up is nothing short of magic. You place your phone on the surface of a wireless charger and you start juicing up. You can even step up your game by having several wireless charger across your home in order to charge multiple devices. What if we told you that you don't have to do that? Well, that's true, thanks to this deal from none other than CHOETECH.

They have a wonderful product out in the wild that promises similar functionality to what the AirPower promises - charge multiple devices at the same time. This wireless charger from CHOETECH does exactly that. And if you bought the latest AirPods from Apple, then you can charge up your iPhone and your earbuds simultaneously too. The price? Just $36.99.

This wireless charger has 5 coils in total, meaning that you don't have to care about orientation at all if you're charging a single device. Just place your phone on the surface, whether it's an iPhone or Android, and you'll start charging up. Things go further when you put two phones on the charger and they both start charging up. That's the promise what CHOETECH has laid out on the table. And guess what? It actually works too, having tested the product out for ourselves.

This wireless charger features two Qi-compatible charging mats, having the ability of charging two phones simultaneously at up to 18W output. Supports fast charging speed for both New iPhones and Samsung New models, or New AirPods and iPhone, thus enabling today's fastest way to wirelessly charge your phone and other Qi-enabled devices.

If you don't like having separate wireless chargers to juice up multiple phones at the same time then deal is a must-have. If you're an iPhone user, then nothing comes close to the value this charger is offering. Pick it up today at a discount by entering the special code at checkout.