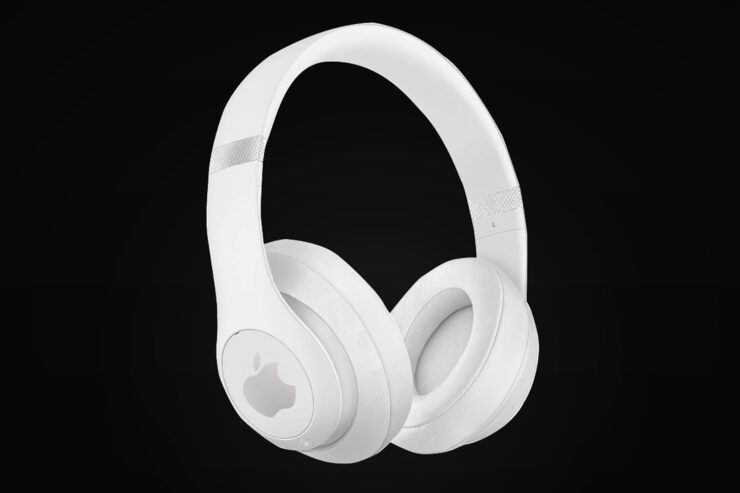 Lots of audiophiles clamoring for Apple’s premium over-ear headphones would have been disappointed at the fact that the company didn’t unveil the AirPods Studio during its September 15 event. Fortunately, there’s a possibility an unveiling is just around the corner but apart from leaks and several rumors, our readers weren’t able to spot an image as to how these headphones would look actually look. Fortunately, an alleged image reveals just that and there are lots of interesting design choices that you should check out here.

‘Sport’ Version of AirPods Studio Show HomePod-Like Mesh at the End, Along With Massive Ear Cups

The AirPods Studio ‘Sport’ image was shared by someone who goes by the Twitter name Fudge. Looking at the image, you can see the HomePod mesh right at the end, along with those large ear cups. This could be just another prototype but if users will be getting those insanely large ear cups, we believe not only will it add to the comfort level, but we also think it should help with the listening experience.

According to a previous report published by Bloomberg, the AirPods Studio sport a retro aesthetic, coupled with oval-shaped ear cups, along with a headband connected by thin, metal arms. It should be noted that the report mentioned that this design was a prototype, suggesting that Apple may improve it when it’s ready to unveil the over-ear headphones to customers.

Personally not impressed, looks too much like 2 Palm Pre's attached to 2 tuning forks :/ hard to unsee

Looks a lot like what @markgurman described in April, but with homepod mesh pic.twitter.com/dzAufRRl7m

We’re not sure how the regular version of the AirPods Studio will look, but according to previously published info, it will tout something close to a modular design, along with the option to let users personalize their headphones to match the rest of their products. There’s also a possibility that the new product arrives with head and neck detection, along with providing the wearer with custom equalizer settings.

Previously, the AirPods Studio were rumored to cost $349, so with the ‘Sport’ edition possibly becoming a thing in the next couple of weeks, there’s no telling how much Apple will charge its customer base. Perhaps our readers could let us know the estimated price, as well as how they feel about the design, down in the comments.