In just three short weeks Microsoft will release Age of Empires: Definitive Edition. It's been a fairly short time from first being announced to release, just four months. Recently I got the chance to play the game at EGX 2017 and I've got a few thoughts. Most positive, a few not-so-positive.

Let's get the obvious out of the way. The game looks fantastic. Every single model has been rebuilt, artwork redrawn and even the music score has been re-recorded. Possibly my only problem with the new look is that it's a little too modern. While everything is crisper, cleaner, there's that air of 'realism' that seeps into too many games. Anything ostentatious is gone. The gold armour on knights is barely visible. The vibrant colours of buildings, muted. It's just lacking that vibrancy that made the original glorious. 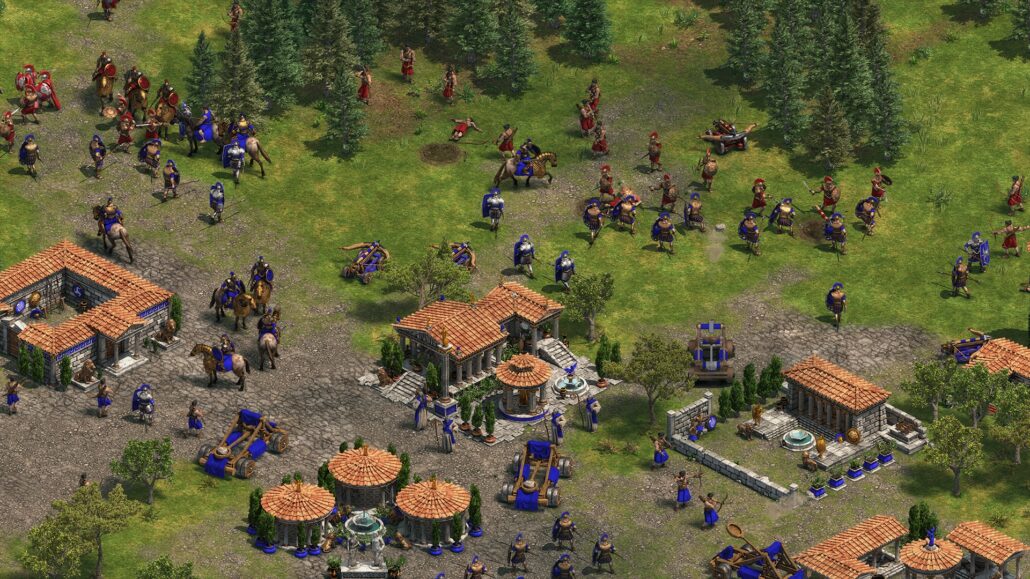 Of course, you can always go back to the classic look of the original. This is always a great feature to include. More-so because you can always play Age of Empires: Definitive Edition with the aesthetic qualities you remember but with all of the boosts that modern technology brings.

There are quite a few as well. One of the major features is a dramatically improved population cap which has given the game a much grander feel than before. Working with this is the inclusion of multiple zoom levels added into the game. Setting the zoom to the furthest setting gives you a huge view of the map, letting you effectively see ten times more than you could in the original.

What criticism I do have about this is the fact that it's implemented absolutely terribly. The option is boxed away in the game settings, requiring you to pause and go into the menu just to zoom in or out. With all the changes put into the game, I can't see why it couldn't be bound to the mouse wheel. Or, at least, give you the option to do this.

But this, as well as the dulled visuals are a minor complaint. Particularly so when you consider the other large benefits the remaster has brought. Large gameplay upgrades increase the quality exponentially. AI scripting and pathfinding have been improved. The ability to queue units and select idle villagers has been introduced. Attack-moves, a surprising feature that even some modern games miss, has been added. What also shouldn't be ignored is a drastically improved UI, which simply makes playing the game considerably easier. 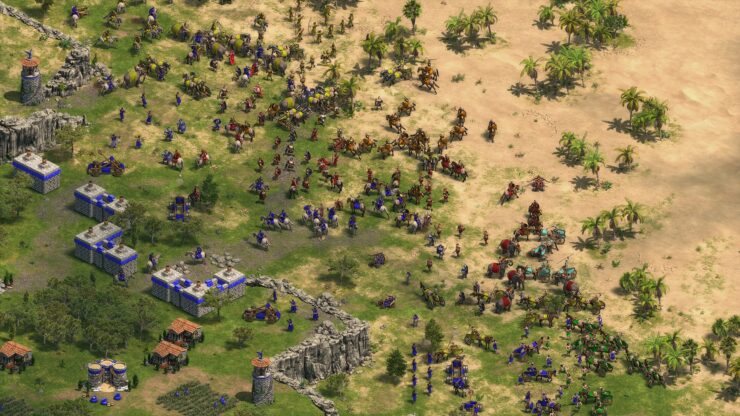 At the event, I only got to play through a skirmish map. What is promised though is an overhaul of the whole campaign and also the ability to engage in eight-player online games over Xbox Live. Microsoft are also avoiding the usual tactic of gouging fans. An unusual and fantastic thing to see from a large publisher. As you would expect, this version will include everything from the original release and the Rise of Rome expansion.

Age of Empires: Definitive Edition is available for preorder on the Windows store at the reasonable price of £14.99/$19.99/€19.99. For those hoping for a Steam or GOG version, this is sadly a Windows 10 and Windows store exclusive. All I have left to say is roll on the 19th of October.