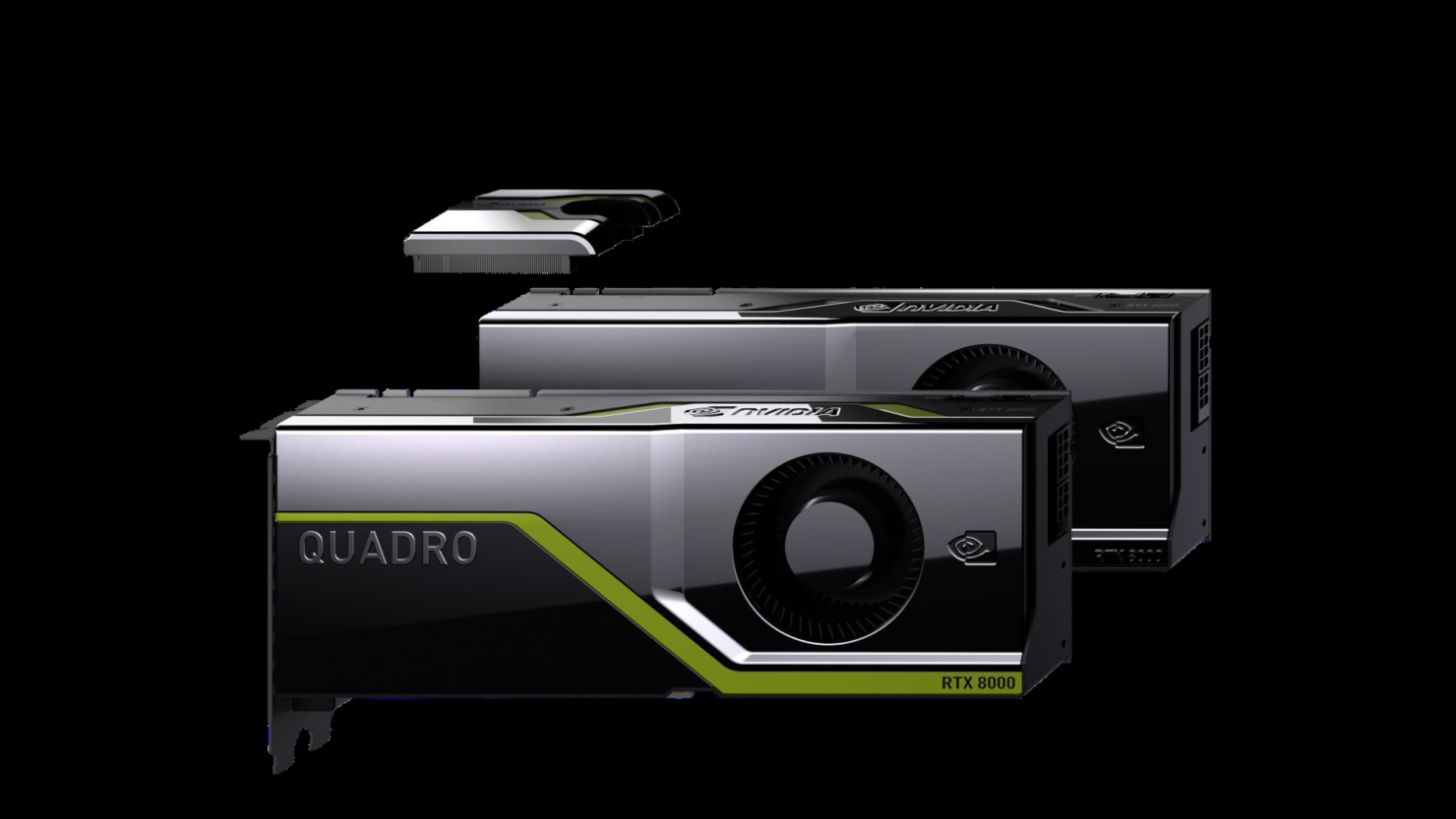 Adobe has announced the latest version of its Premiere Pro 22.2 software suite which brings with it a range of enhancements and performance updates. The highlight of the updates is the brand new HEVC 10-bit video encoding using 4:2:0 chroma subsampling which as per the software maker, offers a huge boost to performance on NVIDIA & Intel GPUs.

In the performance comparisons published by Adobe, you can note that the Premiere Pro 22.2 version achieves over 4 times the performance improvement (37ms vs 153ms) over the previous 22.1.1 version running on NVIDIA's Quadro RTX 5000 professional GPUs. The difference is even bigger for Intel GPUs (Iris Xe integrated) which now feature an export time of just 88ms (vs 719ms). 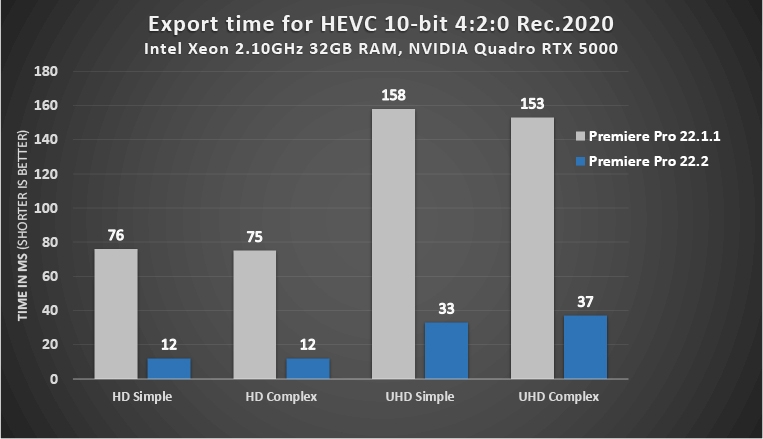 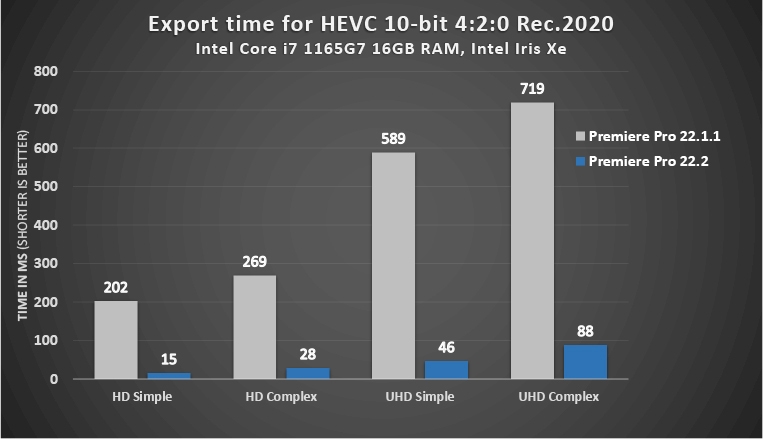 Exports for 10-bit 4:2:0 HDR footage are now up to 10x faster on Windows systems with Intel or NVIDIA GPUs, thanks to new hardware encoding in Premiere Pro 22.2. In addition to that, the new version also brings Newly GPU-accelerated effects such as Linear Wipe and Block Dissolve. GPU processing means faster performance for these effects, smoother playback during editing, and faster rendering and exports. The new version also packs support for footage from the new Canon EOS R5 C camera.

There's also a new speech-to-text offline mode which allows for up to 3x faster transcriptions on Intel, AMD, and Apple M1 systems.

Auto Tone uses new technology to apply intelligent color corrections in the Lumetri Color panel. Auto Tone adjustments are reflected in the Lumetri sliders so that you can fine-tune the results or simply use Auto Tone to guide your colorwork as you become familiar with the Lumetri tools.

When it is released, Auto Tone will replace the current Auto adjustment button, providing more sophisticated color correction, with better results, with a single click. Try Auto Tone in the Premiere Pro (Beta). 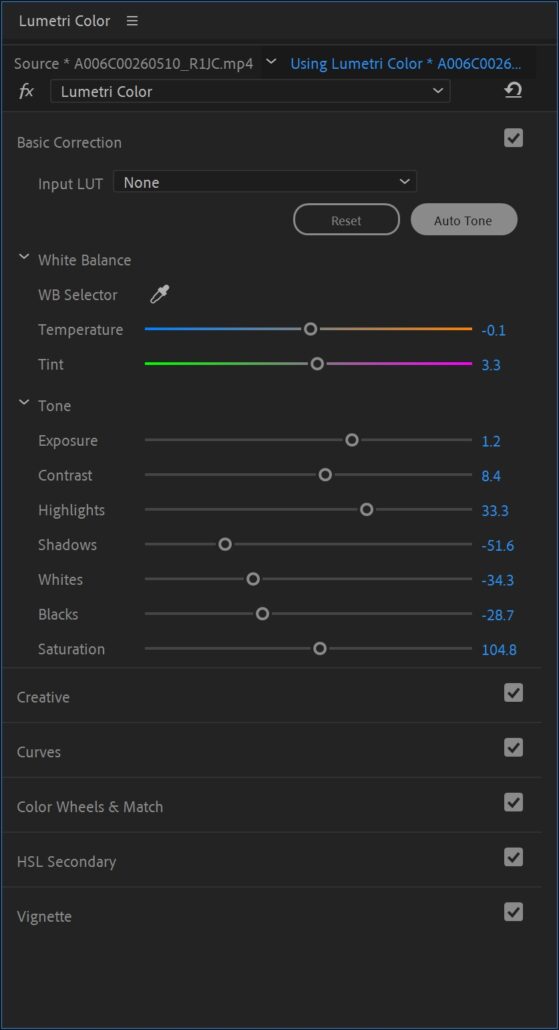 Improvements to the new import mode include sorting options, marquee selection for choosing media, keyboard navigation, a playhead for scrubbing thumbnails, the ability to copy files on import, and the option to import both clips and whole folders. You can also specify Bins (folders) to import files into.

The Project name is now located at the top of the Import panel, providing a clear starting point for new projects. Enter a project name right in the title bar and press return to create a new project. From there, you can continue in the new Import mode to select files and folders for the project or move straight to Edit mode and assemble your assets using the existing Media Browser workflow.