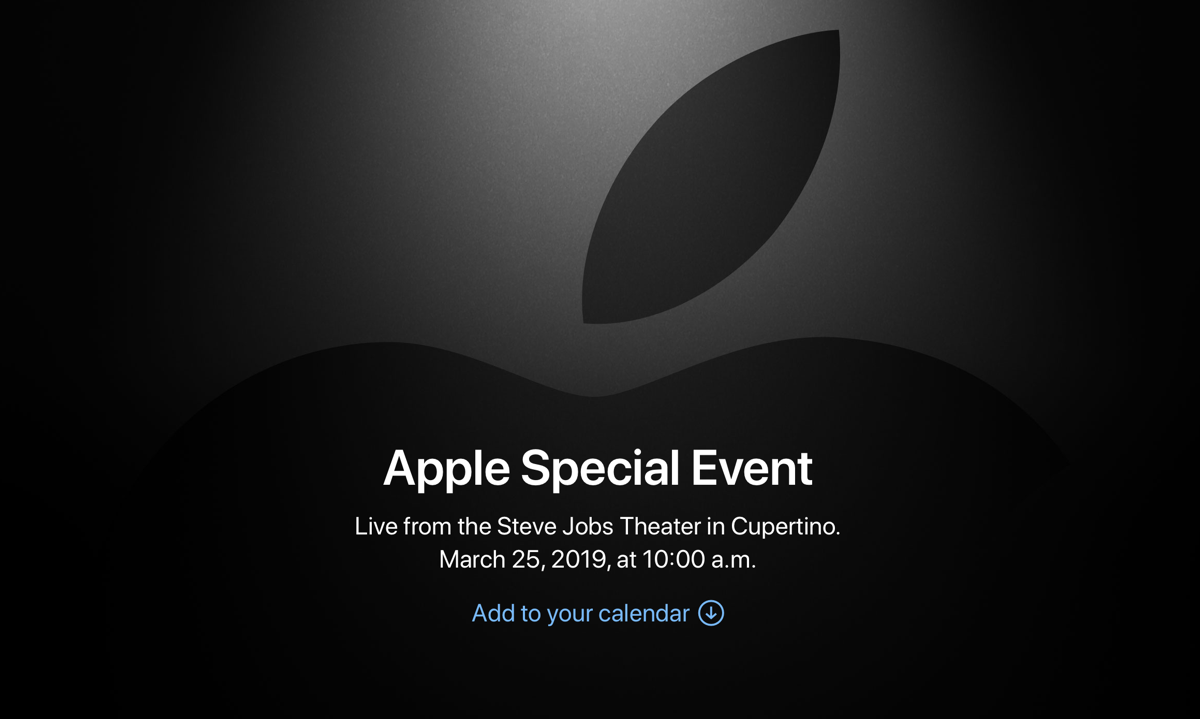 Apple's 'It's Show Time' event is all set for 25th of March. Here's how you can add it to your calendar and make sure you don't miss the keynote.

There's no doubt left that Apple is going to be hosting a media event this month, where the company is all set to announce its movie streaming service. It's also expected that Apple will also unveil a news service, but that remains to be seen. Regardless, it's going to be a fun day packed with interesting announcements and we're certain you don't want to miss anything as it goes down.

In order to make sure that you are on top of your game, it's highly recommended that you add the event to your calendar and be reminded of the keynote in the days leading up to it. But, how? It's simple - just head over to this link. Once here, click on Add to your calendar and the event file will be downloaded to your computer or saved immediately if you're using an iPhone or iPad.

Just like any other Apple keynote, this one is going to be live streamed as well, and requires that you have an iPhone, iPad, iPod touch, Apple TV or a Mac in order to do so. Windows users can get in on the action as well as long as they stick with the Microsoft Edge web browser.

Apart from the rumored movie streaming service, some expect that Apple will be using the keynote to announce a new 9.7-inch iPad as well. But given the event's focus, it seems somewhat unlikely that it will happen at all. Even if it does, it's probably going to be a soft launch at best. I might be wrong here, therefore take things with a pinch of salt.

Even if the new iPad bears fruit, it is expected to remain unchanged in the cosmetic department and will even retain Touch ID as well as the headphone jack. We can obviously expect under the hood improvements for better performance.