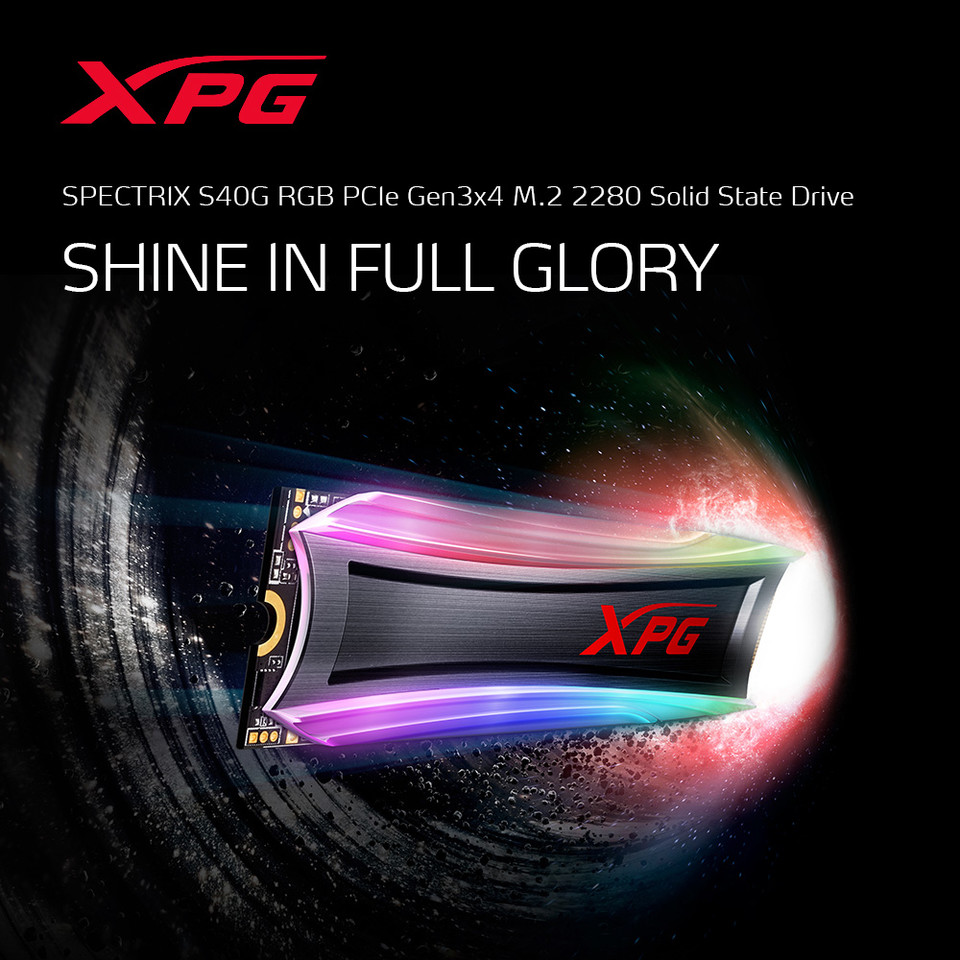 I guess RGB has reached everywhere, even where it is completely unnecessary. This is the second RGB NVMe SSD that has RGB on it. The Adata XPG Spectrix S40G RGB Gaming SSD is their newest addition to their already large drive lineup. The SSD offers blazing fast speed with a sustained read speed of 3500 MB per second and 3000 MB per second for write speed.

This competes with the Klevv CRAS C700 RGB NVMe M.2 SSD for the title and it rightfully takes with speeds much than Klevv’s SSD. As I said previously, the speeds are a sustained read speed of 3500 MB per second and 3000 MB per second for write speed. This sports the next generation memory technology which is 3D Flash Memory. This new technology allows for increased capacity, speed, and durability. This SSD is under the class of M.2 2280 SSDs.

This SSDs sports their RGB lighting that is controlled through their XPG software. I don’t really mind the RGB because I use the motherboard heatsink for the SSD, but everyone has their preferences. Other features that SSD offers LDPC (Low-Density Parity-Check) error correcting code technology to detect and fix a wider range of data errors than previously possible for more accurate data transfers and a longer SSD lifespan which just adds icing to the cake. They also offer AES 256-bit encryption to offer data protection and integrity. They offer a 5-year warranty which shows they are confident in their product being durable and as we know, Adata always put their product through rigorous testing to ensure their products are the best of the best.

This SSD will be unveiled at Computex 2019 and is seeming to be the SSD for enthusiasts and gamers alike as the speeds are extremely fast. This even rivals the Samsung Evo’s speed which quite impressive. The price will likely be higher because of the crazy performance.