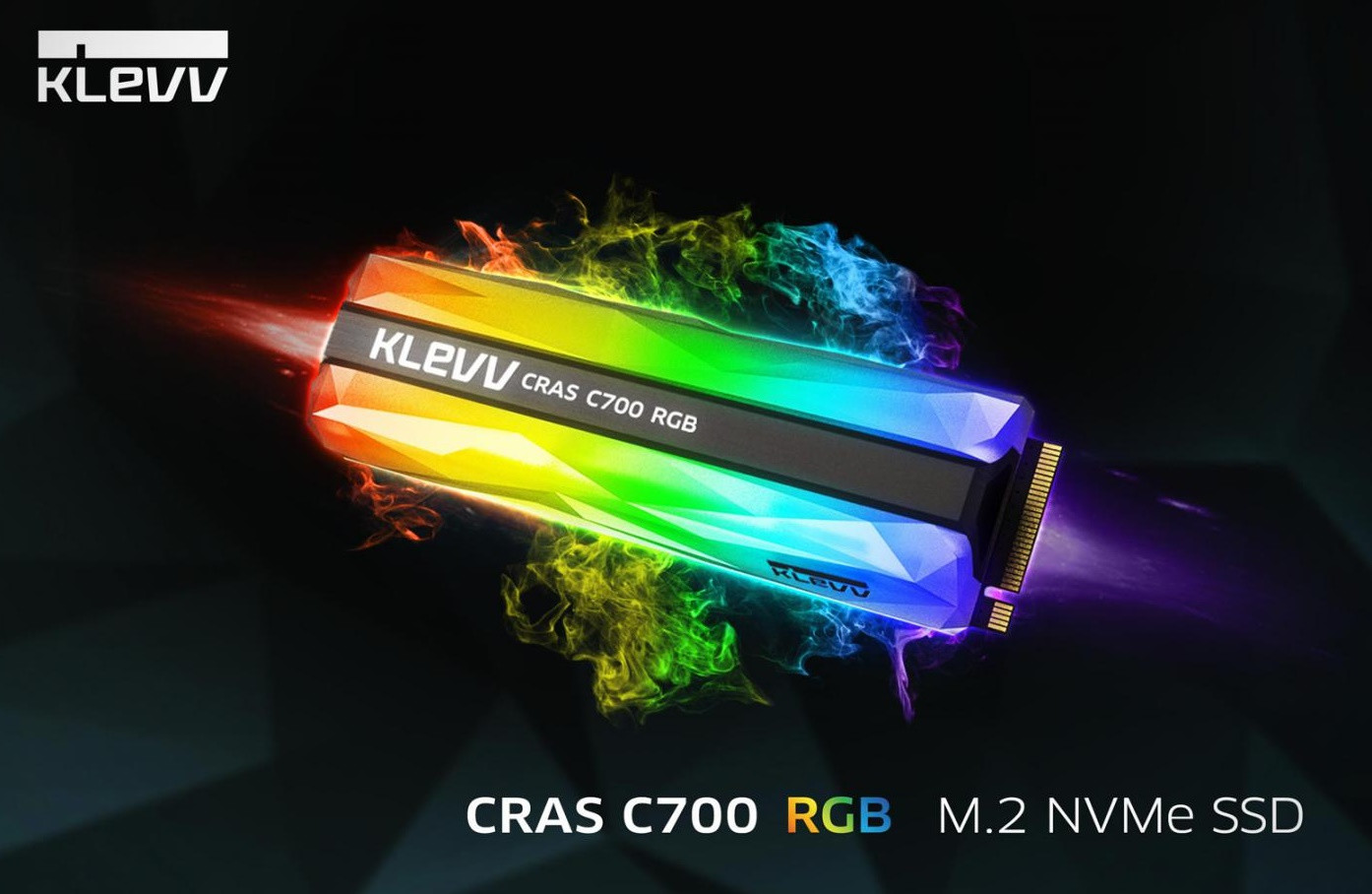 I never thought this day would come where RGB made its way onto NVME SSD. Klevv announced the launch CRAS C700 RGB NVMe M.2 SSD. This new SSD utilizes a PCIe 3.0 4x interface through the NVMe 1.3 protocol. This enables up to 1500MB/s read and 1300MB/s write speeds. The SSD also included RGB lighting with a gem like design that can be controlled via the motherboard.

This SSD comes in at 120GB, 240GB, and 480GB which is quite small and I would have liked to see a 1TB or 960GB version. They have decided to use SLC caching, which means performance will certainly be slower in more data-heavy operations, in the event that the SLC cache overflows. If you were using an NVME SSD for data-heavy operations, I would recommend going for a Samsung 970 series SSD for its raw performance.

They also said that the SSD uses 10-layer PCB for “better data integrity”, as well as a 27 percent reduction in temperature due to their heat sink design. The SSD also offers its S.M.A.R.T. technology. S.M.A.R.T. means self Self Monitoring, Analysis, and Report Technology for maximized reliability. They also incorporated their LDPC ECC Engine to achieve greater data retention and more reliable data protection than ever before. Finally, they used Global Wear Leveling to extend the lifespan of the device. This allows the SSD to more stable and able to use it for a longer period than ever before.

Pricing nor availability has not been mentioned for this product. This product should be priced similarly to competitive options, but with a mark up for having RGB lights.