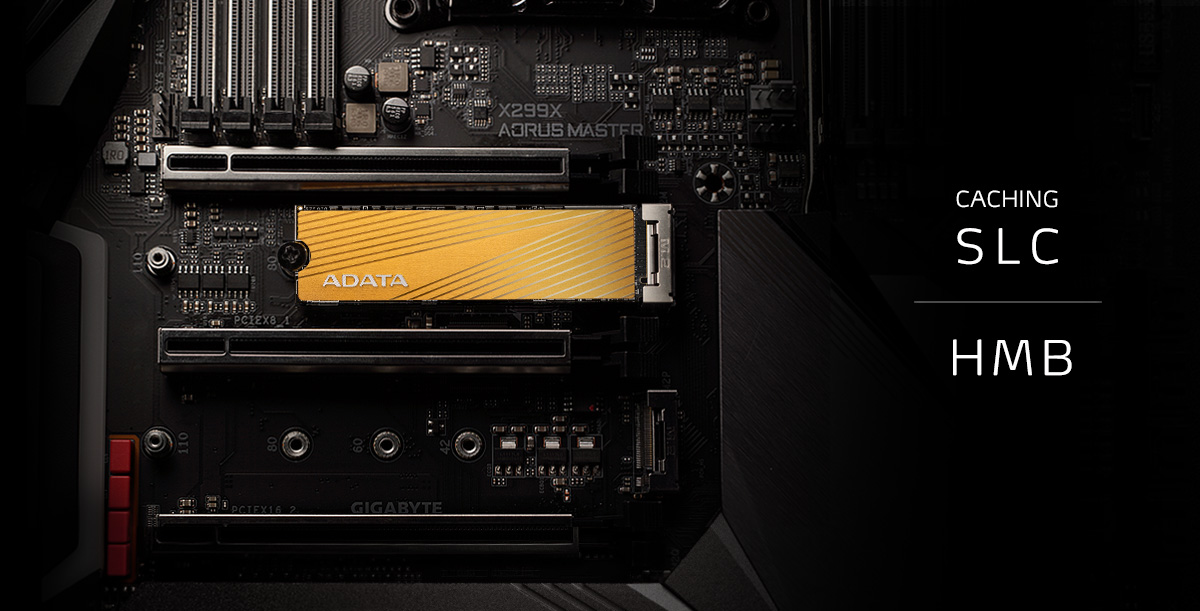 ADATA has been known for its high-quality memory and story and is launching two new PCIe Gen3x4 M.2 2280 solid-state drives (SSD), the ADATA FALCON, and SWORDFISH. Both SSDs were designed with creators in mind and are built with 3D NAND Flash memory and support the PCIe Gen3x4 interface for excellent performance and reliability.

ADATA Is Looking Out For Creators, Giving Them High-Speed Storage Option

The ADATA FALCON SSD is made to help creators up their creative power. Using the PCIe Gen3x4 interface and equipped with 3D NAND Flash memory, the FALCON delivers read/write speed of up to 31000/1500MB  per second for uninterrupted productivity and creativity. With 3D NAND Flash, the FALCON features higher efficiency and increased reliability compared to 2D NAND SSDs. It comes in diverse capacities, ranging from 256GB to 2TB, and features data protection and correction technologies to expand the lifespan of SSD. What’s more, the FALCON sports intelligent SLC caching, host memory buffer, and random read/write of 180/180K IOPS to give creators seamless performance for creating. The FALCON also comes with a stylish aluminum alloy heatsink for heat dissipation.

As with the FALCON, the SWORDFISH is also equipped with 3D NAND Flash memory and utilizes the PCIe Gen3x4 interface. The SWORDFISH features sustained read/write speeds of up to 1800/1200MB1 per second for smooth productivity as well as SLC caching, host memory buffer, and random 4K read/write of 180/180K1 IOPS. The SSD comes in capacities ranging from 250GB to 2TB. For stable operations, the SWORDFISH sports a beautifully etched aluminum alloy heatsink that not only looks cool but also stays cool, even during the most intensive tasks.

With support for LDPC (Low-Density Parity-Check) error correcting code technology, the FALCON and SWORDFISH can detect and fix errors to ensure data integrity and thus enjoy extended lifespans. AES 256-bit encryption keeps the data inside the SSDs password-protected and away from prying eyes.