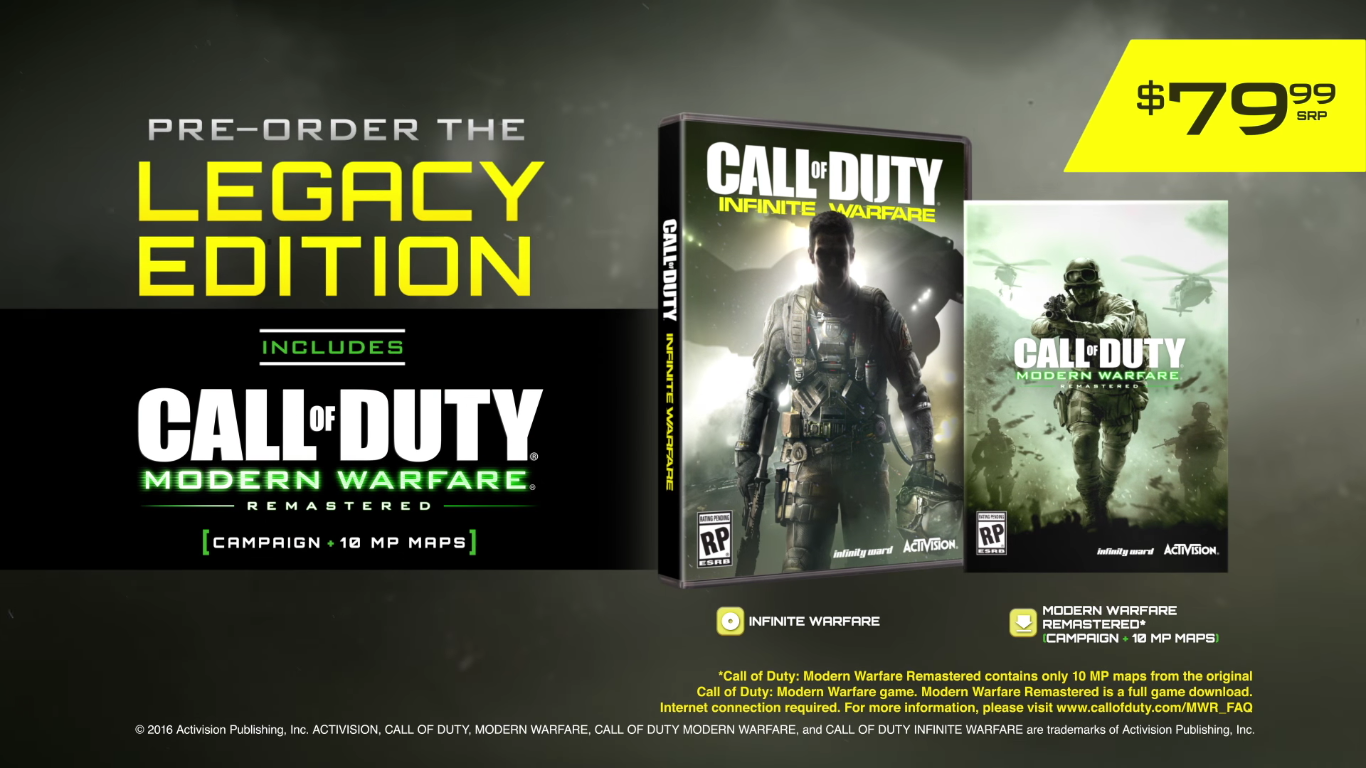 It would seem that Sony and Activision are allowing players to upgrade their Call of Duty: Infinite Warfare pre-orders.

The official PlayStation EU store has currently listed three Call of Duty: Infinite Warfare upgrades, which allow those who have pre-ordered the game to upgrade to a more expensive version. The upgrades aren’t listed on the official US store for the time being. 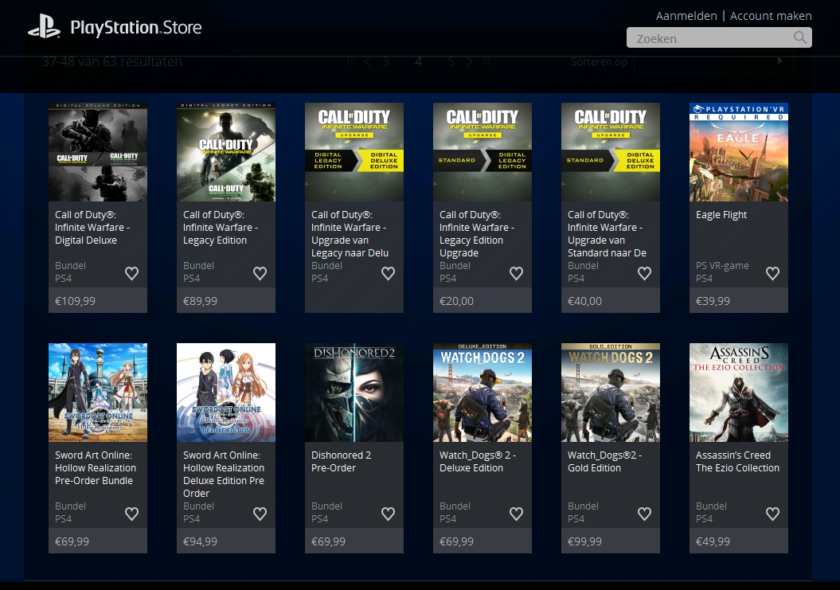 Make the best digital sale for the Call of Duty®: Infinite Warfare - Upgrade from Standard to Deluxe!

As far as we know, Sony and Activision have yet to officially announce this ‘upgrade’.  At the moment of writing, there isn’t any mention of the Infinite Warfare upgrades on the Microsoft store. Activision has allowed game upgrades in the past - Last-gen console owners were allowed a free digital Call of Duty: Advanced Warfare and Destiny upgrade to the next-gen (PS4 or Xbox One) version.

Additionally, Xbox One Fans Will Be Able To Pre-Order and Pre-Download Their Digital Copy Starting Soon

Season Pass Available Now for Purchase on All Platforms

Call of Duty: Infinite Warfare will release on November 4 for PS4, Xbox One and PC. As always, we will update when we learn more on the matter.