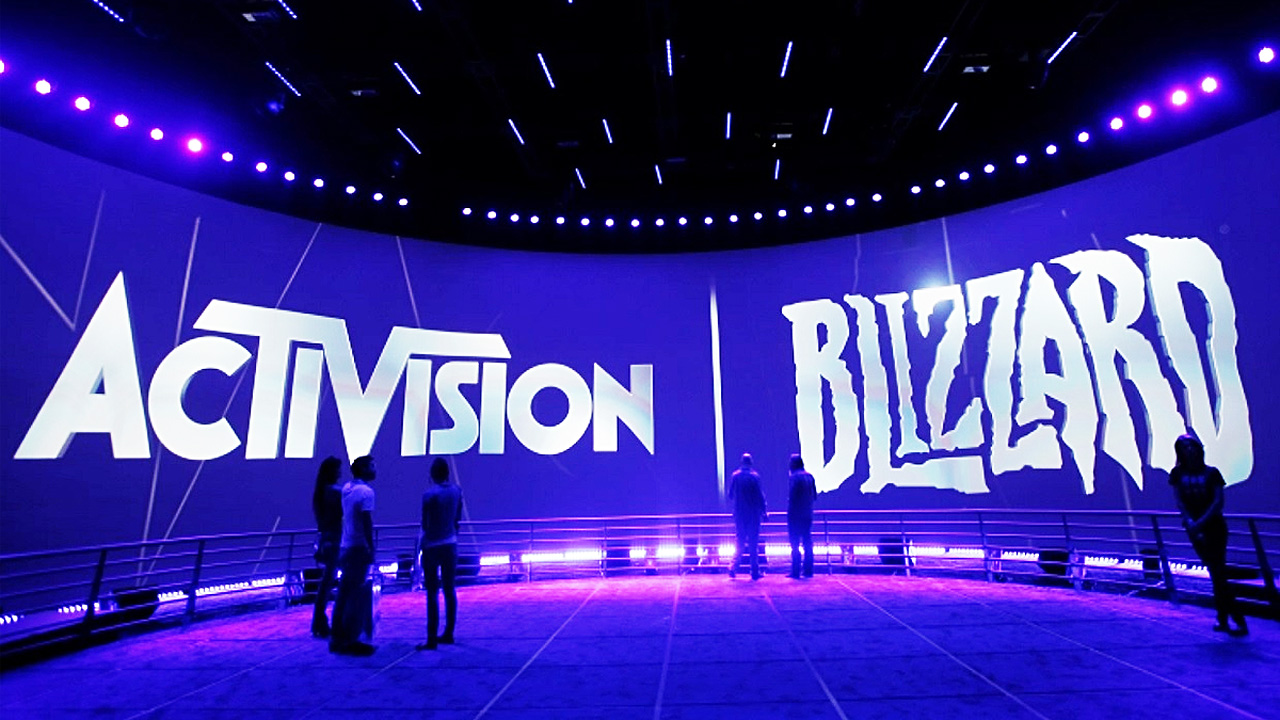 Activision Blizzard (NASDAQ:ATVI) have released their earnings for the quarter ending June 30, 2021, and at least financially, it was another good three months for the company. Acti-Blizz delivered $2.3 billion in net revenue in Q2 (their fiscal year coincides with the regular calendar year), above the $2.14 billion they were expecting. GAAP earnings per share for Q2 were $1.12, above guidance and the $0.75 investors were expecting. Activision Blizzard stock has jumped nearly 7 percent in after-hours trading following the positive financial report. 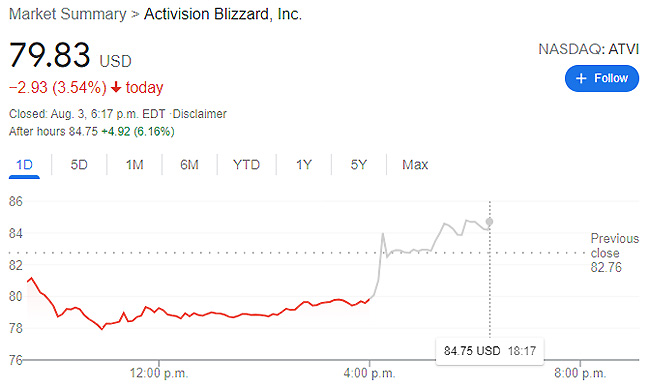 The Elephant in the Room

Of course, the specter hanging over the Activision Blizzard’s Q2 earnings report and subsequent Q&A are the allegations of workplace discrimination that have come to light over the past week. California’s Department of Fair Employment and Housing (DFEH) has filed suit against Activision Blizzard, alleging widespread gender-based discrimination and sexual harassment at the Call of Duty and World of Warcraft publisher. Activision Blizzard’s official response to the suit accuses the DFEH of “distorted […] and false” descriptions and insists the picture painted is “is not the Blizzard workplace of today.” An open letter objecting to the official response was signed by thousands of current and former Acti-Blizz employees, and a walkout was staged on Wednesday. Acti-Blizz CEO Bobby Kotick would eventually apologize for the company’s initial response, calling it “tone deaf.” Earlier this morning it was announced Blizzard president J. Allen Brack is being replaced by relative newcomers to the studio, Mike Ybarra (previously of Microsoft) and Jen Oneal (former leader of Vicarious Visions).

Throughout Activision Blizzard’s Q2 press release and subsequent earnings call, CEO Bobby Kotick and other leaders took pains to repeatedly ensure investors and fans discrimination and harassment have “no place” at the company, and that they’re reviewing policies, procedures, and management following the allegations. It was largely what we’ve already heard, although Kotick took a stronger stance than in the past, strongly hinting we may see more terminations going forward, including for management that facilitated or ignored abuse, regardless of whether they personally engaged in it. 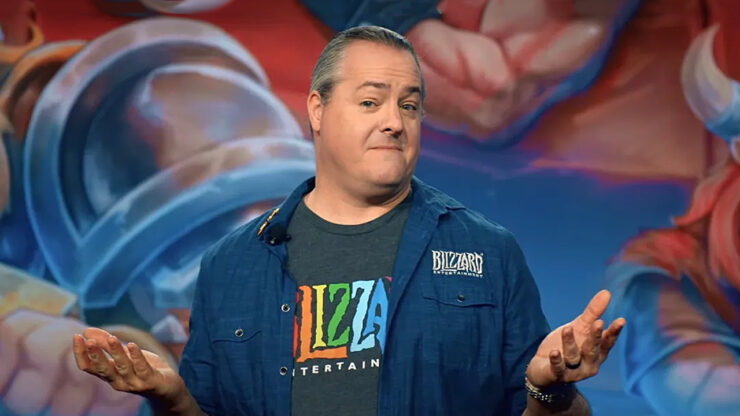 Will Blizzard Weather the Storm?

Another theme of Acti-Blizz’s Q2 earnings report and call were continual reassurances about the future of Blizzard, which has been the subject of much speculation given years of sub-par productivity and the most recent round of controversy. In addition to new leaders Mike Ybarra and Jen Oneal, Bobby Kotick was eager to point out that Blizzard co-founder Allan Adham was back with the studio and in charge of new project incubation. For her part, Blizzard’s new co-president Jen Oneal insists the studio will be applying its passion for creativity to solving its workplace problems.

There's nothing more important to us than our people, and I know Mike Ybarra, who is partnering with me to lead Blizzard, feels exactly the same. Since I joined the studio at the beginning of the year, I've had the privilege of working closer with the Diablo and Overwatch teams. I'm seeing great progress on Overwatch 2 and multiple games in the Diablo universe. I'm constantly inspired by our talented teams. Their creative vision, their commitment to putting gameplay first. Our people are passionate about our games, they understand our players, and in many cases they have come from the player communities themselves and are naturally driven to serve them. As Bobby and Daniel have mentioned, we are expanding these teams. We're doubling down on our development recruiting as we expand the scope and vision of our franchises. When we come together, we make some of the best games in the industry, and we're now seeing that energy applied to our culture, which is equally important. There's a lot of work ahead of us, but the passion and productivity are already here. When our people feel safe and supported, the rest is going to take care of itself.

Blizzard had 26 million monthly active users (MAUs) in Q2, down slightly from 27 million in Q1. It remains to be seen what affect the current bad publicity may have on that, although Acti-Blizz is promising the next 18 months will be “very significant” for WoW content releases. Allan Adham provided some more specific details about what Blizzard has in the works, including a “few” new games that have yet to be revealed…

The passion our that our developers have for innovation and creativity is what makes Blizzard great. [...] This has always been the vision from the very beginning. I'm excited about our future, about the things we're creating together, about building a new culture and renewing that spirit. We're tight-lipped about it, but our new game pipeline has been in development for many years and is greater than it's ever been across our core franchises and mobile, new IPs and new genres. I'm looking forward to our teams launching their already-announced new games in the not-too-distant future and, in due course, announcing a few new ones you've yet to hear about.

Call of Duty to the Rescue as Usual

Despite the turmoil currently engulfing Activision Blizzard, the company remains confident about this year’s Call of Duty offering, which they confirm will take place in a setting fans “know and love.” Here’s what Activision Blizzard president Rob Kostich had to say about this year’s premium CoD title (rumored to be titled Call of Duty WWII: Vanguard) and Warzone updates.

We do feel really good about what Sledgehammer Games is leading for release in the fourth quarter of this year.  The studio itself has never been bigger or stronger. [...] Across all modes of play, across multiplayer, across campaign, and across co-op, development is coming along really well, and we're going to be sharing those details with the community very soon. Content-wise, it's a really robust game at launch, across all the modes, and the good news for us right now is we've gotten farther ahead on our live-ops planning for supporting the community post-launch. The community should expect that support to be very, very significant. We've learned a lot over the past couple years and that's all in our plans as we go forward. We also have really exciting new plans [for] Warzone, which Raven [Software] is leading. We have some really fun, and what I consider the most significant, updates planned for the community across both Warzone and premium as we head into the fall.

Despite the company’s ongoing PR nightmare, Activision Blizzard have nevertheless adjusted their future outlook upward, as they’re now expecting revenue of $8.52 billion from FY 2021, up from their previous outlook of $8.37 billion. That said, they company does acknowledge their current cultural reckoning could result in “prolonged periods of adverse publicity, significantly reduced productivity, or other negative consequences” that could result in their business being “adversely affected.”

Is Activision Blizzard serious about addressing workplace discrimination and harassment? Will the solutions and assurances they’ve offered make any real difference? Financially speaking, does it really matter, or will the company be allowed to coast on the success of Call of Duty with the blessing of investors and fans alike? Activision Blizzard remains a reliable money-making machine for now, but its future remains uncertain regardless of what the company’s executives say.