Let's be honest; it's no secret how I feel about Activision Blizzard. The company is currently a blight on the face of the earth, having consistently mistreated employees for so long, even my coverage over the past year (rounded up in my piece over consumer backlash to the lawsuit in World of Warcraft) barely scratches the surface. Still, I'm not going to repeat all of the details here; I'll give a quick recap.

That quick recap is as follows: 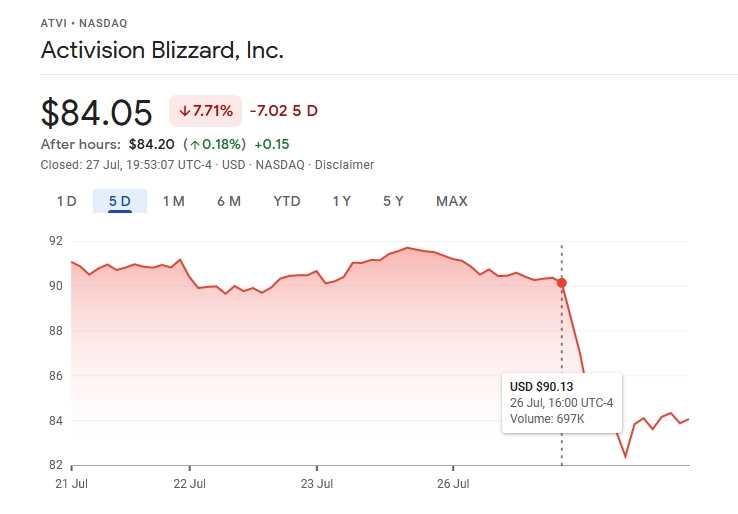 I'm not going to copy out the whole letter here. You can find it by clicking through this link, which will allow you to see the one-page letter from Bobby Kotick to all employees of Activision Blizzard. Anybody who has seen the many issues of sexual discrimination, sexual harassment, and rape within the games industry over the previous few years will be aware of the response by now.

There's a conciliatory statement of being tone-deaf in the initial response. There's a claim that the company will do more, that they will act. They also claim there's no place for discrimination, harassment, or unequal treatment at the company, despite facts proving otherwise. It's run of the mill; it reads like an emotionless rag because of how "lawyered" the letter is, and that's because the letter is just that - another legal move.

As for the five actions Bobby Kotick states the company will take, they are below:

Needless to say, specific demands of employees aren't being met, one example being the demand for an end to arbitration clauses in contracts that actively prevent employees from coming forward.

As for the company's employees, if this doesn't show the need for unionisation within the games industry, nothing will. Collective action has brought Activision Blizzard, one of the biggest games companies in the world, to the table. Unionise, fight for each other and not only will this help get rid of the sexual abusers within the industry, but it will also help protect your employment rights in the future.