Earlier this week Acer announced its Nitro Series Gaming Desktop PCs and Ryzen Powered Predator Helios Laptop. The Nitro Series Desktops and Nitro VG0 And RG0 Series monitors are up to task to handle all your processing and graphics needs for content creation and consumption. The Predator Helios 500 can come with an Intel i9 CPU and a GTX 1070 GPU, but this all AMD variant packs a Ryzen 7 2700 and a RX Vega 56. This is a Desktop on mobile solution and is a desktop replacement notebook.  Workstations. The variant benefits from the low TDP and high energy efficiency of the Ryzen 7 2700, and runs it at its stock speeds. This is no small feat, because the Intel+NVIDIA option of the notebook packs a Core i9-8950HK (6-core/12-thread) "Coffee Lake" processor with 45W rated TDP. 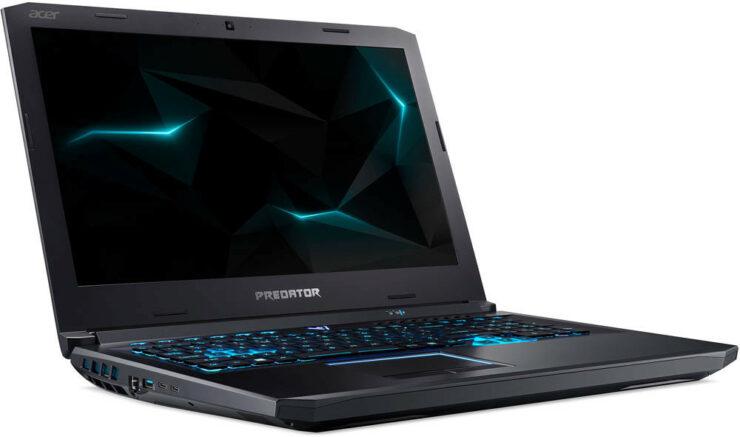 The Radeon RX Vega 56 is a bit surprising, considering that the notebook's 17.3-inch display is only 1080P, which can be competently handled by an RX 580, even at higher refresh-rate, and FreeSync thrown in. The Intel+NVIDIA model's GPU option is the GeForce GTX 1070 (which is slower than the RX Vega 56). Other components include 16 GB of dual-channel DDR4 memory, 256 GB NVMe SSD storage, 1 TB of HDD storage, and Killer Doubleshot Pro networking as with the other Predator Helios 500

Acer created the Nitro 50 Series for those seeking the processing power and capabilities only a desktop PC can offer. These rather high performance PCs are powered by up to 8th Gen Intel Core i7 processors, and equipped with up to NVIDIA GeForce GTX 1070 GPUs to deliver high performance for graphic-intensive tasks - including gaming. 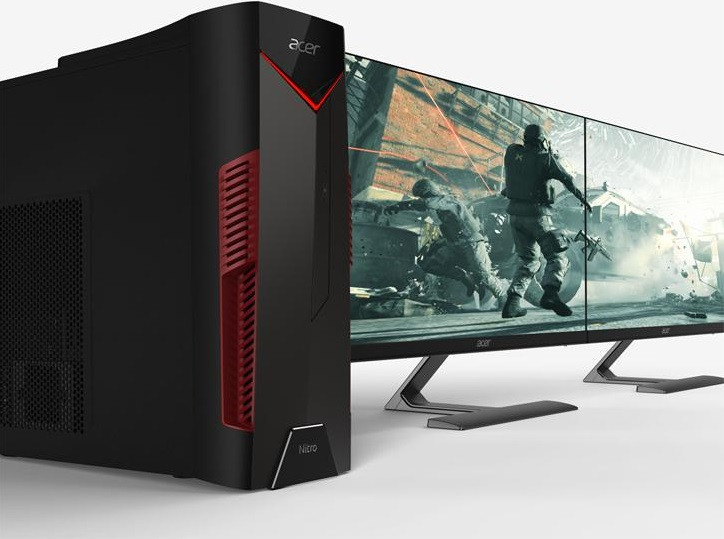 They deliver stunning 4K resolution visuals and can support up to four displays simultaneously for immersive gameplay. With up to a 3 TB HDD and a 512 GB SSD, there's no shortage of storage. This PC also features Qi-enabled wireless charging for devices to remain powered up and ready to go. To top it off, the Nitro 50 series features striking and edgy armor-inspired housing with front-facing LED lighting that screams gamer, although that may turn off some.

These new IPS5 monitors with AMD Radeon FreeSync fits in the gaming spec with a blazing fast response time of up to 1 ms Visual Response Boost (VRB) and a 144Hz refresh rate. The Acer Nitro VG0 series is available with 27-, 23.8- and 21.5-inch panels delivering true-to-life color, and resolutions of 4K UHD, WQHD or Full HD. The ultra-thin Acer Nitro RG0 series boasts a sleek .27-inch thin profile and is offered in 27- and 23.8-inch models.

The Nitro RG0 Series features a 1080P resolution and a refresh rate of 75Hz and would be a good console gaming monitor for those who take console gaming very seriously.

The IPS panels provide accurate views even at wide angles of up to 178 degrees horizontally and vertically. For optimum viewing angles, the monitors can tilt from -5 to 20 degrees [-5 to 15 degrees for RG0 series]. The RG0 delivers a 250 cd/m2 brightness, Acer Nitro monitors produce vibrant colors and images. Two 2W stereo speakers deliver quality audio and HDMI, VGA and DisplayPort ports to connect to a wide array of PCs to support powerful sound effects.