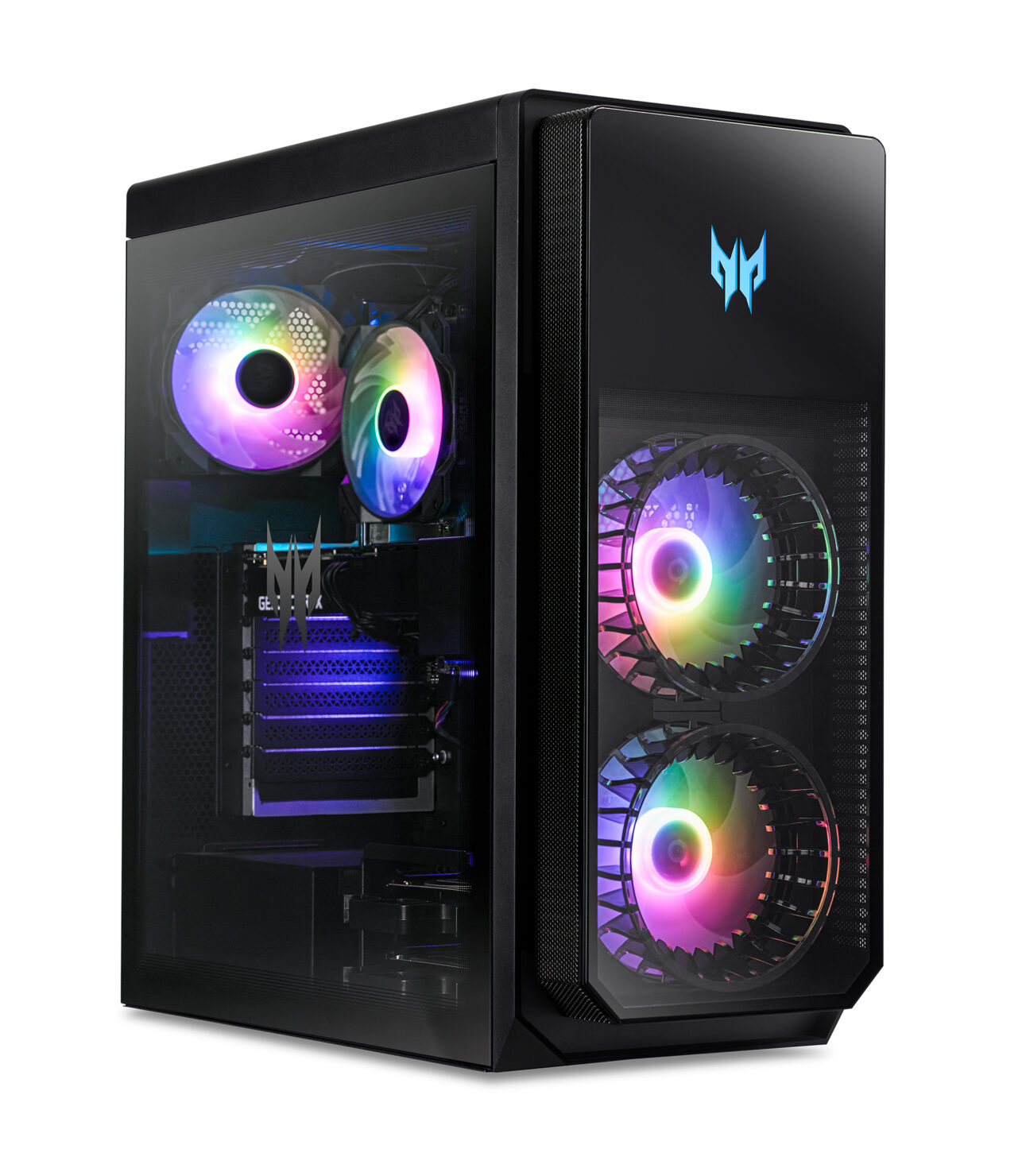 Acer's Predator Orion 5000 series gaming desktops have been refreshed from last year's models, with a focus for gamers requiring supreme performance and room to upgrade in the future. Acer also unveiled the new Predator Orion 3000 series gaming desktops, a new OLED Predator monitor, and two IPS-based monitors combining VESA DisplayHDR 1000 to achieve superior refresh rates. Along with their announcements, the company also announced that their Predator X32 monitor earned the CES Innovation Award for its unique design and technology in the "Computer Peripherals and Accessories" category this week.

The Predator Orion 5000 utilizes the latest 12th Gen Intel Core i7 CPU, installed onto an
Intel H670 chipset motherboard, with NVIDIA's GeForce RTX 3080 graphics card to produce exceptional frame rates along with an incredible gaming experience in any game. Equipped with
Microsoft Windows 11, 64 GB of 4,000 MHz DDR5 RAM, and up to 2 TB of M.2 PCIe 4.0 SSDs, as well as ARGB-infused Predator FrostBlade 2.0 fans to help keep the internal system running smoothly with amazing cooling support. Acer Predator's new cooling technology offers a static pressure design to reach optimal airflow, while the sealed rifle bearings and a new arc-shaped design along each end of the cooling fan fins limit both unwanted vibration and noise.

All new components for the Predator Orion 5000 are kept covered within an obsidian-hued chassis made of darkened glass and metal mesh. This allows for the next-gen hardware and ARGB aesthetics to shine through the transparent side panel. The panel on the side is also EMI-compliant, guaranteeing users will be protected as well as their peripherals in the chassis from possible electromagnetic interference. Build enthusiasts will note the tool-less design of the chassis for easy access to the PC’s internals—such as upgrading the processor's air cooler system to up to a 240 mm liquid cooler—while also allowing for flexibility in its configuration options to maximize future adjustments and upgrades.

To reduce latency, the Acer Predator Orion 5000 includes the Killer E3100G 2.5G Ethernet Controller and Intel's Wi-Fi 6E connectivity to allow for more wireless reliability, and DTS: X Ultra will give the user's headphones or speakers a premium 360º sound system. Up to four USB ports—three Type-A and one Type-C output—as well as an audio jack are conveniently located on top of the chassis for ease of access for consumers, while still offering several more on the rear of the tower to keep cables hidden.

The ACER Predator Orion 3000 from Acer offers a 12th Gen Intel Core i7 CPU positioned on an Intel B660 motherboard chipset, and the ability for up to an NVIDIA GeForce RTX 3070 GPU for stunning graphic quality in a mid-tower rig. Gamers are able to maximize the settings in their favorite games, as well as jump into streaming movies and series or editing videos without impacting performance. With the accessibility of up to 64 GB of 3,200 MHz DDR4 memory and 2 TB of PCIe NVMe SSD storage, The Predator Orion 3000 offers increased responsiveness and super-fast load times.

To add to the 2 TB of SSD storage, the new system also includes 6 TB of SATA3 HDD storage. With an identical aesthetic design as the Predator Orion 5000 series, the Predator Orion houses three 92 x 92 mm Predator FrostBlade 2.0 fans to promote optimal airflow and exceptional cooling throughout. The hub of the front and rear fans have RGB LEDs built directly onto them which can be controlled with the PredatorSense software included. Rounding out the Predator Orion 3000 is the Intel Killer E2600 Ethernet controller, Intel's Wi-Fi 6E AX211 (Gig+), and Control Center 2.0 to
give players all the necessary tools to dominate the competition and offer Microsoft Windows 11 OS for ultimate compatibility. Lastly, DTS:X Ultra allows users to get a superior sound so that their favorite movies, music, and games will produce real-world spatial sound effects.

The new ACER Predator X32 and X32 FP gaming monitors are meticulously manufactured to balance both expectations in gaming performance and the visual brilliance creators require. Featuring 160 Hz and 165 Hz refresh rates while overclocked, respectfully, both of these UHD (3,840x2,160) 32-inch monitors also promote VESA DisplayHDR™ 1000 certifications, IPS panels to help support across 576-zone MiniLED local dimming, ΔE<2 color accuracy, and up to 99% coverage of Adobe's RGB color gamut. This allows for Predator's X32 and X32 FP gaming displays to offer amazingly clear and fluid visuals—essential for tracking objects as they fly across the screen. 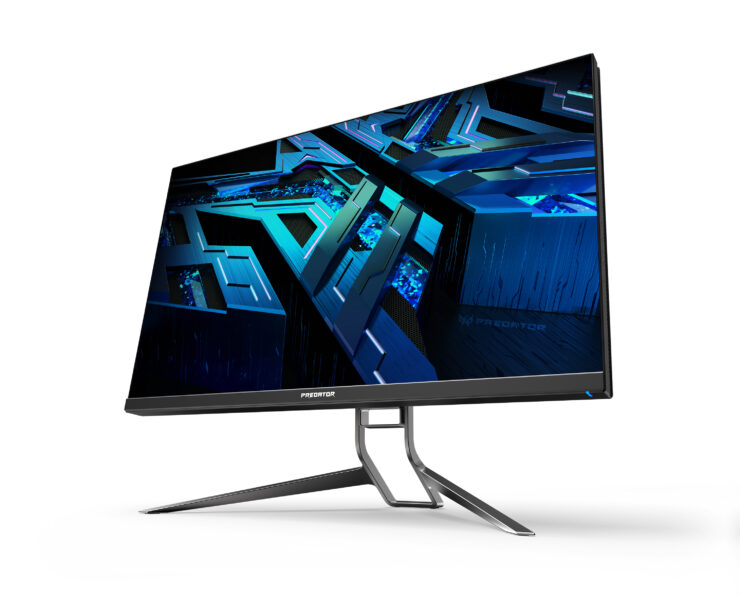 The ACER Predator X32 produces the superior performance of the NVIDIA G-SYNC ULTIMATE technology to help deliver realistic HDR and ultra-low latency, producing a more intense gaming experience. Fans and players of competitive online multiplayer games will appreciate NVIDIA Reflex, a suite of GPU, G-SYNC, and software technologies to measure and reduce the amount of system latency, or click-to-display latency, found in many online games. The Predator X32 assists players in gaming to respond faster to targets on the screen and aim much more precisely. 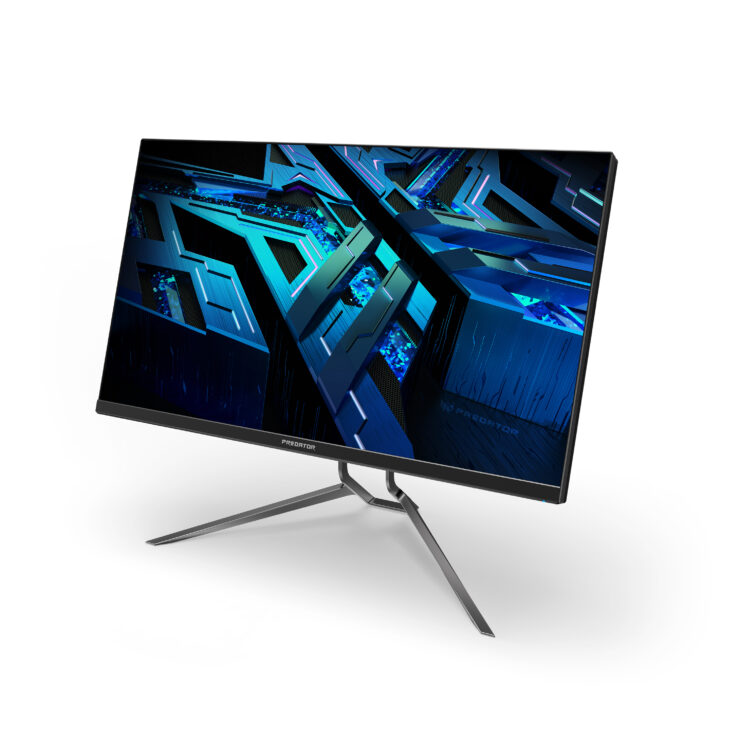 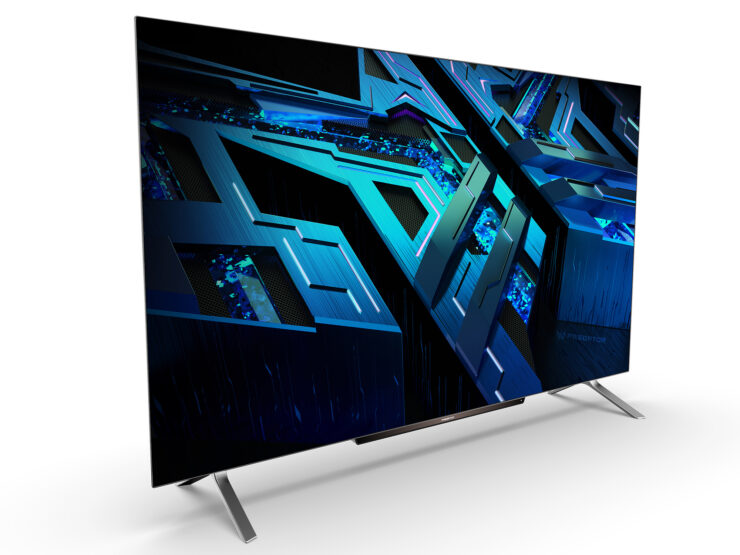 Exact specifications, prices, and availability for these new products may vary by region.