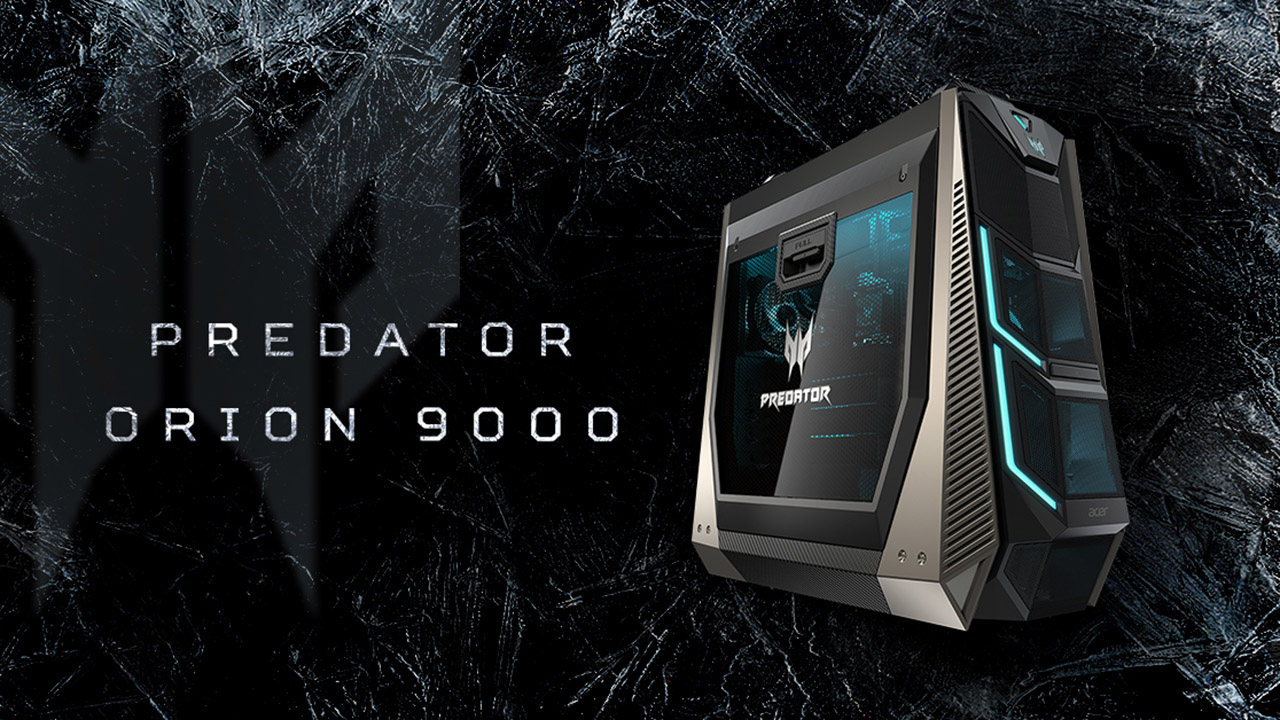 The Predator Orion 9000 gaming desktop is one of Acer’s latest additions to the Predator family and it complements the absurdly large and undeniably powerful 21X gaming laptop. Featuring Intel, NVIDIA or AMD’s latest hardware, the Predator Orion 9000 can truly be the powerful desktop addition to your room if you have the cash to pay for it. However, the addition upgrade flexibility of the desktop is massive, according to the details presented.

Sporting an Intel Core i9 Extreme Edition processor that comes with 18 cores and 36 threads, you can also configure the desktop gaming beast with up to 4-way AMD Radeon RX Vega graphics or two NVIDIA GeForce GTX 1080 Ti graphics in SLI. If you want your gaming system to handle more than just rendering high-quality visuals at acceptable frame rates, you should also know that the Predator Orion 9000 can support up to 128GB of DDR4 RAM. With the amount of heat being generated, you will need a viable cooling solution.

The thermals will be kept under control thanks to liquid cooling and Acer’s IceTunnel 2.0. There are also huge metal mesh panels on the front and top to allow more cold air in and the rising hot air of the liquid-cooled CPU out, while up to five 120mm fans on the front, top, and back channel cool air through the chassis.

As for the I/O, there are plenty of options to choose from:

For storage expansion, the gaming desktop comes with a total of three M.2 slots and four PCIe x16 slots. There’s also RGB-controllable lighting support and an appealing chassis to go along with the entire setup. What is not appealing is the price tag. The Predator Orion 9000 Series gaming desktops will be available in the US later this year starting at $1,999 and if you want to see an Intel Core i9 chip as part of the hardware addition, you will definitely need to up your budget.