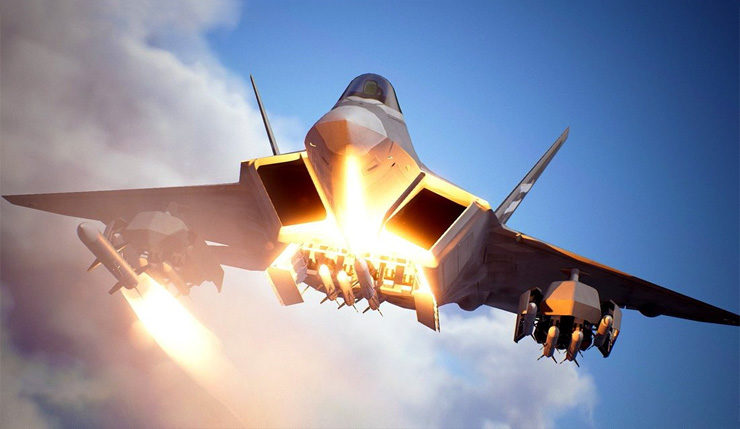 Are you feeling the need…the need for speed? Well, you’re in luck, because Ace Combat 7: Skies Unknown, the first new core game in Bandai Namco’s air combat series in over a decade, drops next week! As in the past, Ace Combat 7 will feature both single-player and multiplayer action, and Bandai Namco has dropped a trailer showcasing what the game will be like with friends.

Ace Combat 7: Skies Unknown’s multiplayer mode lets players enter dogfights with their friends and coordinate battle strategy to take out opposing players. Multiplayer will consist of two variants -- the first variant takes on a team death match format featuring 4 vs. 4 dogfights. The second multiplayer variant takes on a traditional death match format, enabling up to eight players to blow each other out of the sky. In both multiplayer modes, only players with skill, guile, and determination will taste victory!

While we’re at it, here’s a look at Ace Combat 7’s bombastic opening cinematic…

Haven’t been keeping up with Ace Combat 7? Wccftech has conducted several in-depth interviews with the Ace Combat dev team you should definitely check out (here, here, and here). And here's a quick official rundown of the game:

Putting gamers in the cockpit of the most advanced war planes ever developed, Ace Combat 7 delivers the ﬁercest air combat experience ever created through photorealistic visuals, intense dog-ﬁghting action, a multitude of authentic and futuristic aircraft to ﬂy, an immersive storyline, and even virtual reality!

Beautifully rendered cloud-ﬁlled skies and highly detailed cityscapes enhance the series’ sense of unparalleled speed and set the stage for the most engaging aerial battles in the franchise’s storied 20 year history. Ace Combat 7 will provide an arsenal of ultra-modern super weapons and formidable enemies that the series is known for.

Ace Combat 7: Skies Unknown touches down on PC, Xbox One, and PS4 on January 18.

Tales of Arise Rated in Korea for PC, PS4,X1; Release May Be Sooner Than Expected

Xenosaga Series Remasters Were Considered, But “Failed” in a Profitable Market Analysis