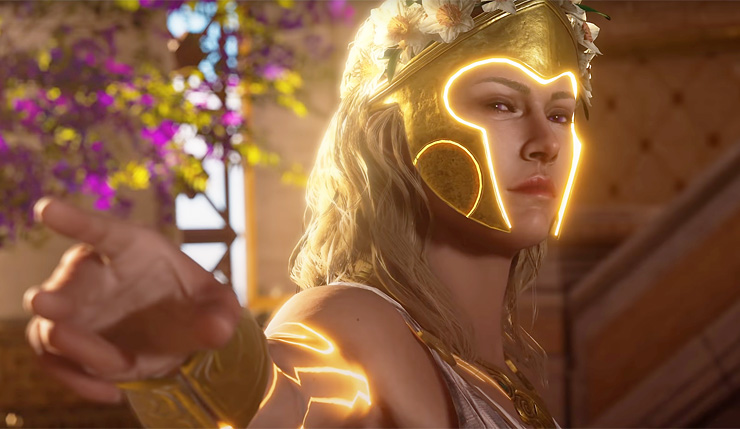 Looks like Ubisoft has put a lot of effort into this latest story! Here’s the full rundown:

The Fate of Atlantis will see our hero confront deities, encounter terrifying beasts of myth, and forge new bonds with a colorful cast of characters. After Fields of Elysium releases next week, the second episode, Torment of Hades, and the third episode, Judgment of Atlantis, will complete the second story arc mid-2019 on all available platforms.

As the story of Fields of Elysium unfolds, players will traverse the paradise of Elysium, a realm of great beauty, to reveal sinister secrets while facing against the might of the Isu. Players will encounter both new factions and familiar characters, and acquire new legendary weapons and gear.

Fields of Elysium will also introduce all-new Ability enhancements, which modify existing abilities to alter their function, giving players the opportunity to further fine-tune their playstyles. Ability enhancements are divided into each branch of the skill tree, Hunter, Warrior and Assassin, and several will be introduced in each episode, starting with Ares Bull Charge, Might of Artemis, Kronos Time Warp and Ares Madness in Fields of Elysium.

In order to play the new The Fate of Atlantis content, you’ll need to be at least level 28 and have completed the “Between Two Worlds” and “Heir of Memories” quests. Alternatively, there’s an option to shortcut your way to the new material, but your progress and character from the main game won’t be carried over. The Fate of Atlantis is part of the Assassin’s Creed Odyssey Season Pass, which also includes the three-part “Legacy of the First Blade” story arc and Assassin’s Creed III Remastered for $40.

Assassin’s Creed Odyssey is available now on PC, Xbox One, and PS4. Fields of Elysium launches on April 23.