One of the most amazing exclusive titles that were released alongside Nintendo’s eighth generation video game console is now playable on all the current-gen platforms. Zombi, originally released as ZombiU back in 2012, is basically the same game as the original version with remastered graphics, texture detail, lighting, and better performance on the technical end. The game is nothing like a current-gen major triple-A game, however, the levels are generally well-designed, and the 4K screenshots shared below show that the in-game environments are quite evocative. 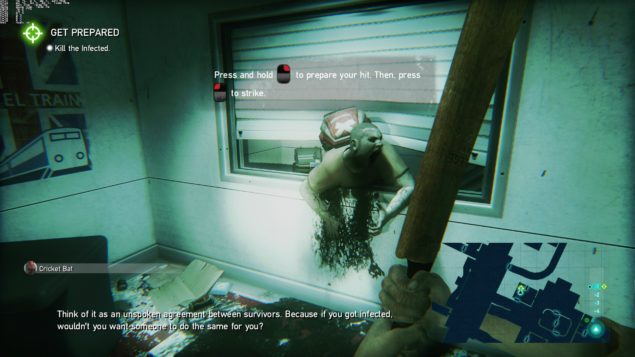 Following the reports about the game being rejuvenated for PC and the latest PlayStation 4 and Xbox One consoles, Ubisoft announced Zombi; a remastered version of Nintendo Wii U’s most celebrated third-party exclusive title known as ZombiU. Set in annihilated London after a zombie apocalypse, the first-person survival horror video game allows players to assume the role of a random survivor and fight their way through packs of tawdry zombies. The best thing about the game is that when you are killed by an undead, you start anew playing as a different survivor, with your previous character who was killed still roaming the world zombified, and possessing all the weapons and supplies that you had collected.

Zombi is now up for grabs on all current-gen platforms, and while the game plays pretty much like ZombiU, the lack of second screen that was available on the Wii U gamepad takes away the more unique experience of the original version. Graphically, the game obviously performs better than the original version. 4K resolution on PC adds more to the in-game detail, but as you can see in the latest screenshots below, Zombi clearly isn’t designed to deliver that feeling of playing a game at 4K. Without further ado, you can check out the latest 4K screenshots of the game below.