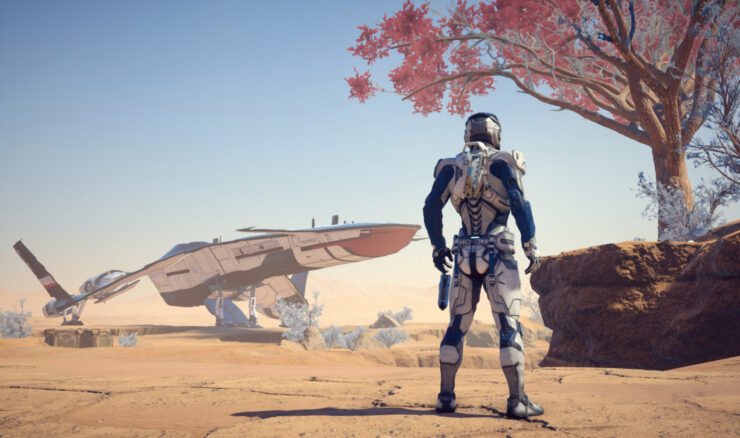 A Mass Effect Andromeda comparison video has been released in 4K UHD, comparing the PC version to the PS4 Pro version.

The PS4 Pro version of the game seems to render Andromeda in native 1800p in 4K mode, upscaled using the console's checkerboard rendering technique  to 2160p. The PC, sporting an NVIDIA GTX 1080 and i7 6700K CPU with 16GB of DDR4 RAM, is set to maximum settings in 4K resolution. Check out the comparison video below:

Interesting to note is that NVIDIA’s GTX 1080 has a hard time rendering the game fluidly at 30FPS. Lowering the amount of visual detail on PC, increases the game’s framerate by a large amount.

While the PS4 Pro version holds up quite well, differences with the PC version are apparent.

Over the past week, many fans of the game have complained about game’s character animations, which don’t seem to be on par with recent titles. One of the game’s former animators has allegedly received personal threats from ‘fans’.

Mass Effect Andromeda is out today for PC, PlayStation 4 and Xbox One.