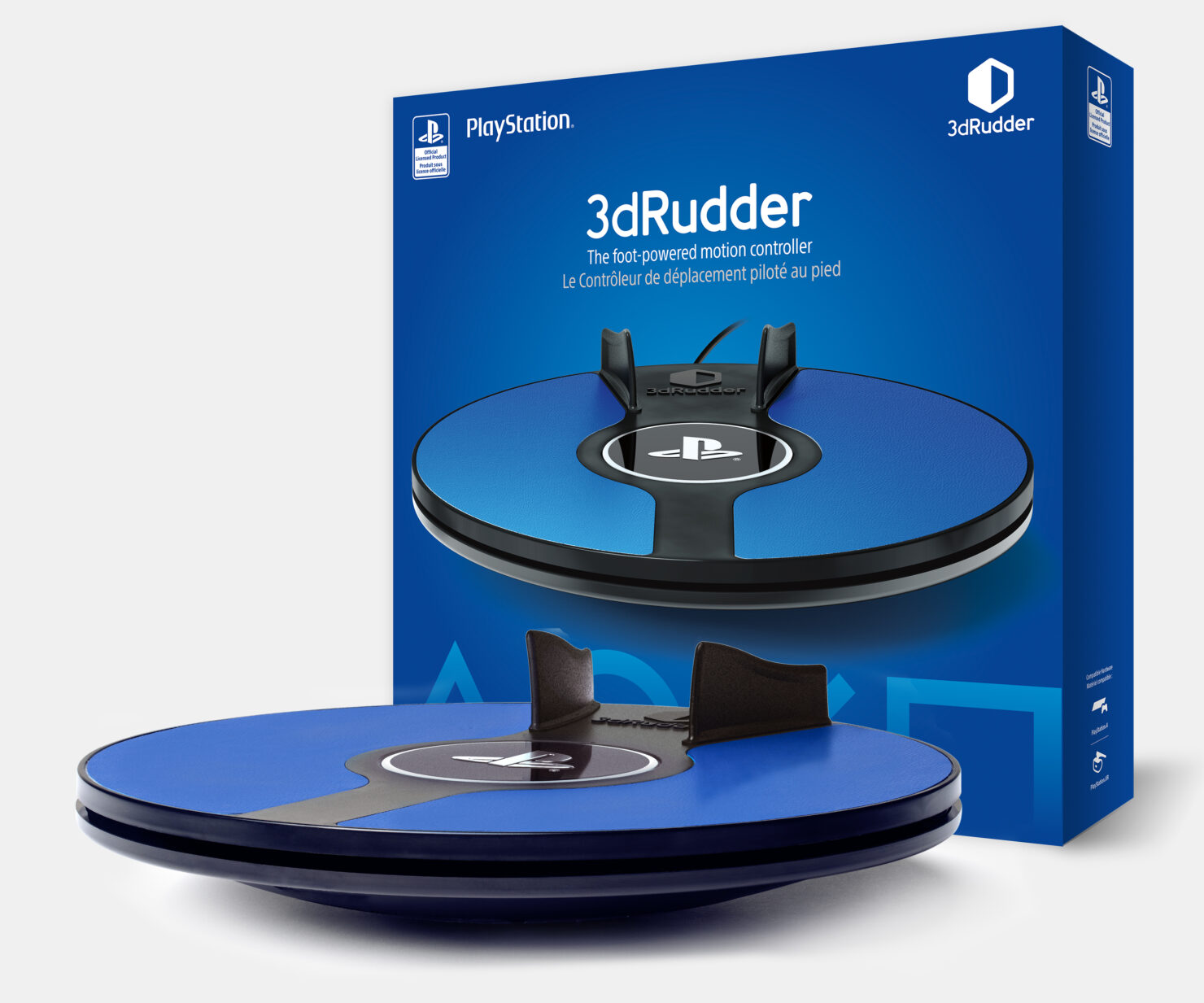 PlayStation VR's foot-powered 3dRudder is finally about to release on consoles after a nearly two-year honeymoon period of exclusivity with the PC virtual reality platforms. From the aptly-named 3dRudder, their sole product is creating motion controllers for VR that allow players to use more than just their hands to control their virtual reality experiences.

This foot rudder accessory for the PlayStation VR will allow players to engage in another layer of motion control while remaining completely seated in their favorite gaming chair. Through the use of both feet, players can rock, tilt, and twist around the 3dRudder to control their in-game counterparts. For a game like Firewall: Zero Hour where movement is completely independent from aiming a gun, this could be a complete gamechanger. It should be worth noting that the PlayStation VR version of the 3dRudder comes with foot bars to help guide your feet into position, something that was an optional accessory with the PC model.

Since we last previewed the 3dRudder back at CES 2019, the amount of games has increased to over 35 supported titles with more to come. Here's a list of the first wave of titles coming to the 3dRudder for PlayStation VR.

The 3dRudder for PlayStation VR will be available for purchase directly from 3dRudder's website or select retailers such as Amazon, Walmart.com and MicroCenter for $119USD/159CAD beginning today.