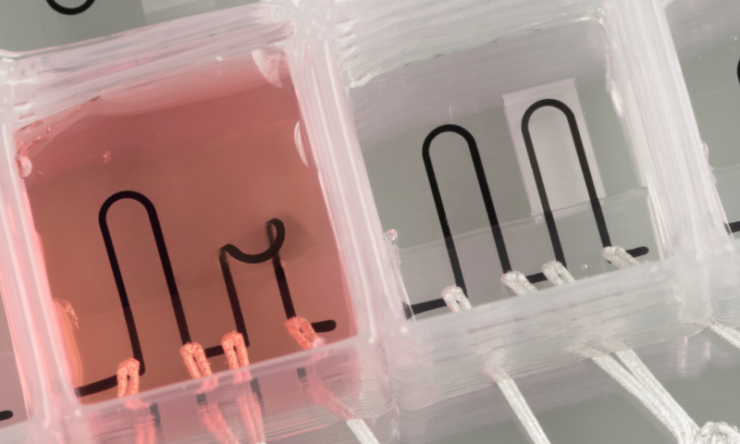 3D printing is gradually taking over the world. We’ve had 3D printed models for architecture, 3D sonic holograms, and then 3D synthetic bones to replace bones in our body. 3D printing’s potential to create such customized objects has made more advancements in the medical field than in anything else.

Harvard has now created a 3D printed organ-on-a-chip and has gotten closer to mimicking the human organs through its integrated sensors. This is particularly of use when it comes to testing the efficacy of the artificial tissue before implanting them into the human body.

Often, the disease research is conducted through clinical studies which take up a lot of time and money. Before, these artificial tissues were implanted into animals directly to test for their efficacy. As a result, many died when the synthetic tissues failed. So this chip may just make animal testing a lot safer.

Harvard’s researchers have made 3D bio-printed heart on a chip before. This new chip has embedded sensors which allow it to record data from multiple tissues at one time or over a period of time, which would otherwise require the cumbersome process of data collection through microscopy or high-speed photography. They have also managed to recapitulate the micro-architecture and functions of the living organs, of which lungs, intestines, kidneys, skins and bone marrow have been achieved on the chip so far.

The chips are made of a clear, flexible polymer about the size of a USB. They contain hollow channels of micro-fluids which are connected to cell-lined artificial blood vessels. The micro-environments for the organs are mimicked by applying a mechanical force on the chip.

This 3D organ-on-a-chip may one day lead to repeating a patient’s specific genetic disorder in the lab and matching the properties of a disease or the patient’s cells for testing and treatment purposes. "By making a heart-on-a-chip device with those cells, we could then investigate potential therapies for that specific patient," said Johan Ulrik Lind, a postdoctoral fellow at the Harvard's John A. Paulson School of Engineering and Applied Sciences (SEAS).

"This might sound a bit like science fiction, but our lab has already been part of investigating patient specific therapies using heart-on-a-chip devices in a previous study."