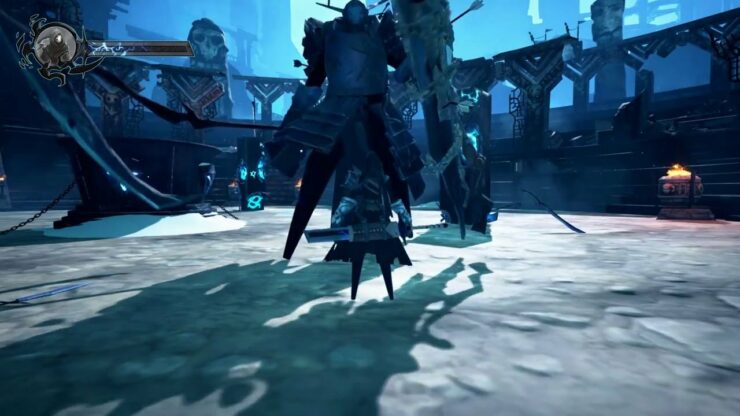 Last month, the Kickstarter campaign for a very interesting Unreal Engine 4 powered action role-playing game called Shattered - Tale of the Forgotten King has been launched. Today, we have learned that the funding campaign has been quite successful.

Earlier today, Redlock Studio confirmed that Shattered - Tale of the Forgotten King has been fully funded. The campaign, however, is still not over so the team hopes to reach additional funding to release their game on consoles and create additional content before it ends in five days.

Shattered - Tale of the Forgotten King is a very interesting combination between a 2.5D platform game and role-playing game. Players will be exploring locations in 2D platforming sequences and fight the powerful Demiurges and other foes in dynamic 3D battles.

Playing as the Wanderer in this dark action-RPG and platformer, you will discover key lore in 2.5D platforming phases, which will lead you to different endings depending on your in-game choices and help you find ways to defeat 12 Demiurges (and other foes) in dynamic 3D battles.

Shattered - Tale of the Forgotten King will launch in 2018 on PC and Mac, with the team planning to launch their game on PlayStation 4 and Xbox One as well. We will keep you updated on this very interesting title as soon as more comes in on it, so stay tuned for all the latest news.