Capcom have given up some great details concerning the upcoming second beta for Street Fighter V. Running from October 22nd through the 25th, you'll be able to play a lot of the newly announced characters against players with similar skill levels. 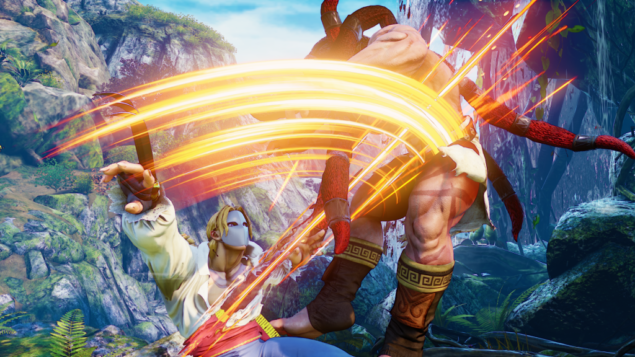 The second beta is primarily meant to test cross-platform functionality that lets PS4 players fight against opponents on the PC, a technical marvel and a first with any game. Along with that will be a combined leaderboard showing who's the top fighter across the platforms.

Since so many different characters have been announced since the last beta, this one will feature all of those. Ken, Necalli and R. Mika will be available immediately with Rashid becoming available on October 23rd and Karin on October 24th. The characters that were in the previous Street Fighter V beta are sitting this round out.

Among the new features they'll be testing is a new ranked matchmaking system, so that you actually might be facing off against someone that's your own skill level. You'll also be able to search for people and friends to fight against.

Remember making a bit of fight money and it just accumulating, with nothing to use it on? Well this time around you'll be able to actually unlock different titles, and they might let you unlock a new stage as well.

Capcom wants to remind everyone that anything you gain or achieve will only last until the end of the beta.

It looks like the only way to guarantee your entry into Street Fighter V beta number 2 is to pre-order. The final release date for Street Fighter V is in Q1 2016. So stay tuned for more exciting information.