Take-Two: We Take Consumer Feedback on Microtransactions Very Seriously, But NBA 2K18 Usage Is Up 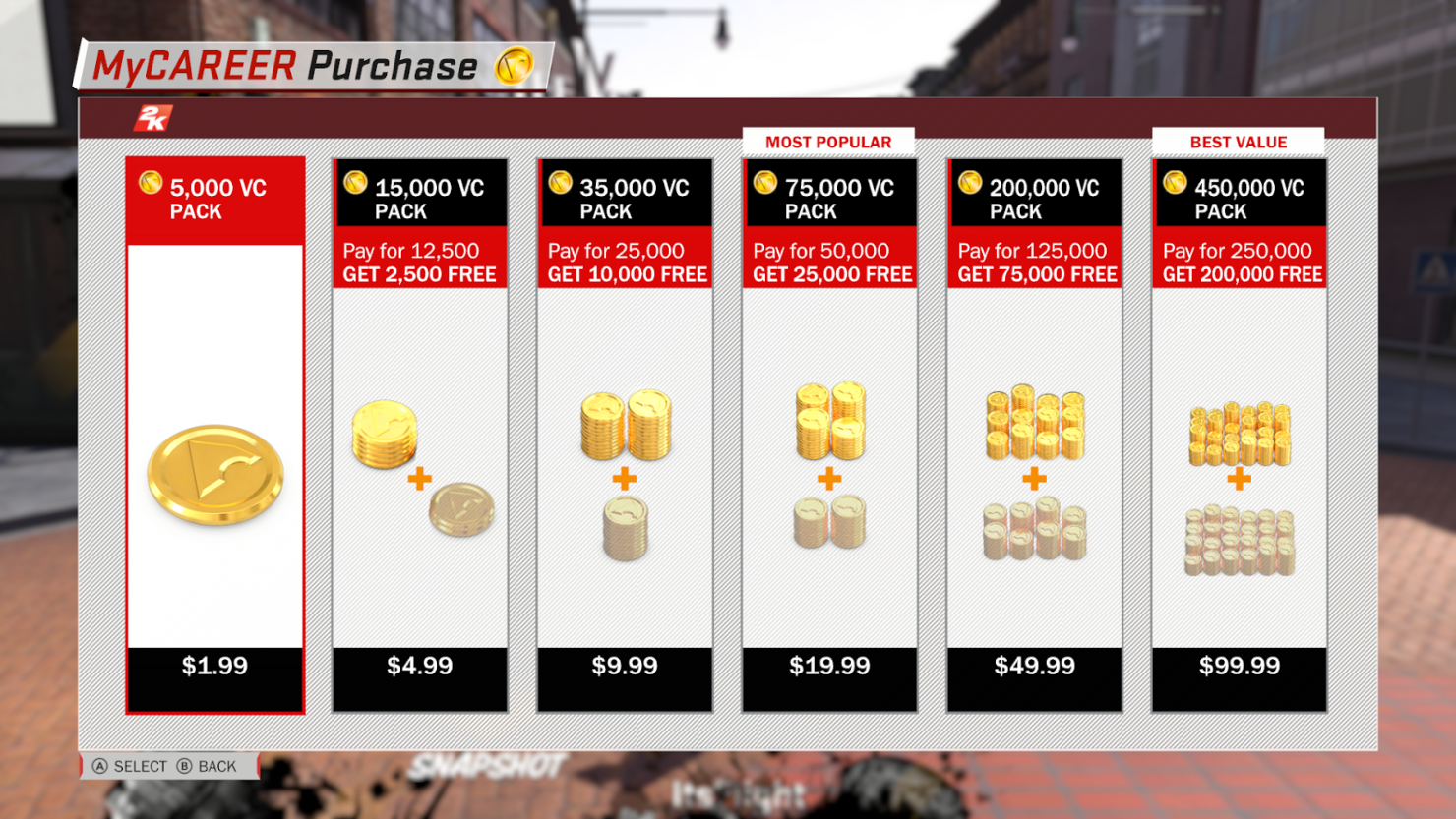 NBA 2K18 launched to strong critic reviews, including Nathan's, whose review ended with the following summary:

NBA 2K18 has a few holes in its game -- the series needs to improve its writing, the ballyhooed MyCareer Neighborhood hub falls flat, and the tech powering the series is nearing retirement age. That said, boil the game down to its essentials and you have a rock-solid, well-balanced sports sim that provides an immensely entertaining shoulder-to-shoulder same-couch multiplayer experience. It’s that strong core that keeps NBA 2K18 and its vast array of modes and features from collapsing in on itself. NBA 2K18 isn’t a milestone entry in the series, but it’s a solid playoff contender well worth basketball fans’ time.

However, a controversy quickly built up within the game's community because microtransactions via NBA 2K18's Virtual Currency were more pressing than ever before. At launch, a basic hairstyle could cost up to 1500VC, though the developers have since toned that down to 100VC after all the negative feedback.

Interestingly, during yesterday's Take-Two Q2 FY 2018 earnings call, CEO Strauss Zelnick received an investor question on this very topic. He replied (transcript credits to Seeking Alpha) that the company is taking that negative feedback very seriously, although ultimately the game's usage is up 30% over last year, which is inevitably interpreted as a good sign by the company.

Look, we take consumer feedback very, very seriously indeed. And you're right. There's been some pushback about monetization in the industry. The good news is the title was reviewed extraordinarily well. People love it. And the other news is, entertainment is a want-to-have business, not a must-have business and people vote ultimately with the usage and the usage on the title is up 30% in terms of average daily users. The title itself, say, unit sales were up 20% year-over-year. So, people clearly are voting that they love NBA 2K18 and the reviews reflect that as well. That said, we are concerned about any perception, any negative feedback. And we're focused on it and we're taking it really seriously.

According to the press release, NBA 2K18 has sold-in over six million units to date and both sell-in and sell-through have grown more than twenty percent over NBA 2K17, with a significant boost to digital sales.

It should be noted, though, that this year's installment was able to benefit from a wider-than-ever release - the game is available on Xbox 360, Xbox One, PlayStation 3, PlayStation 4, PC and Nintendo Switch.