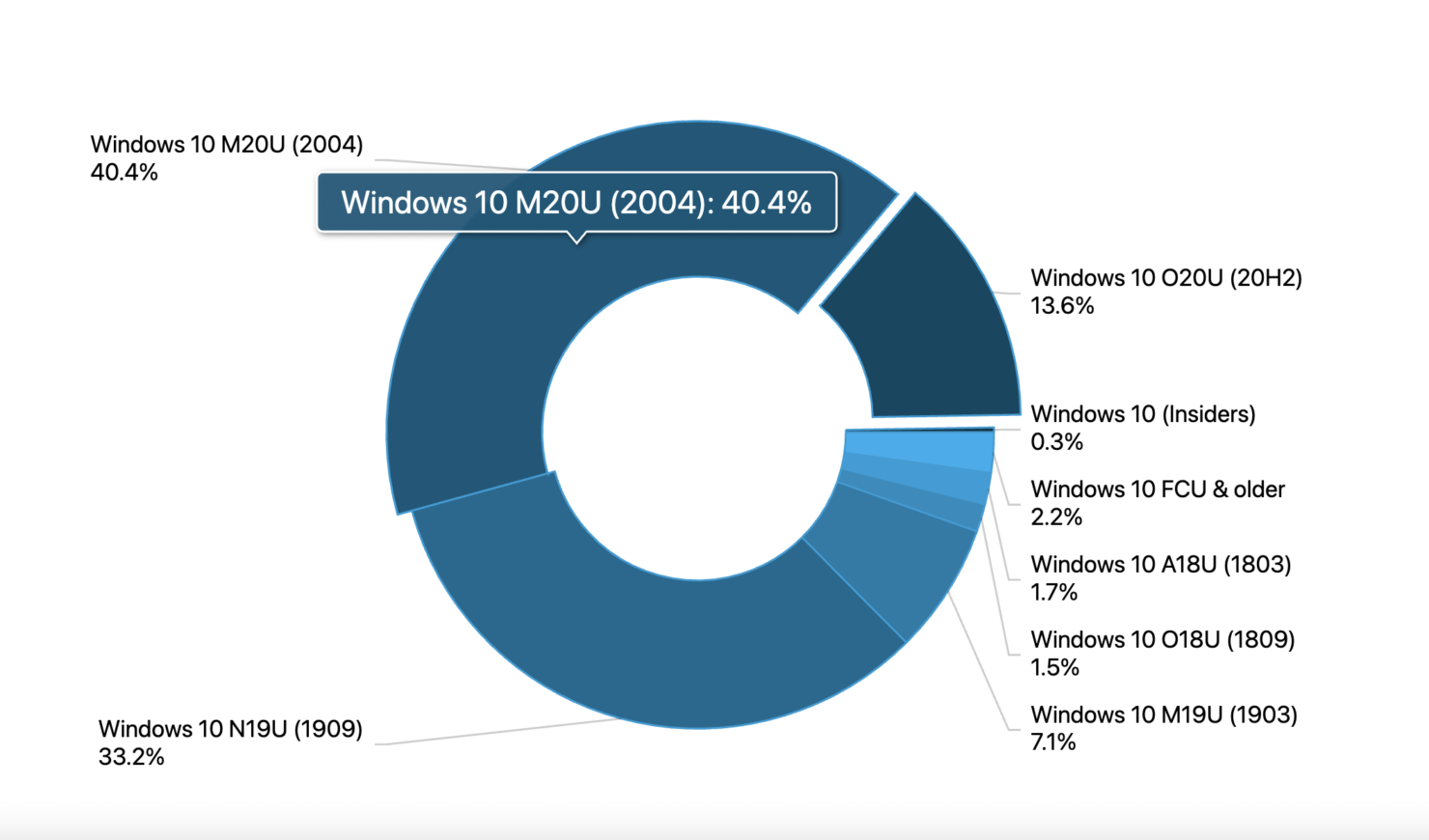 Microsoft's latest versions of its desktop operating system continue to attract more users, reducing fragmentation in the ecosystem. Windows 10 October 2020 Update, version 20H2, has gained 5 percent, jumping to 13.6 percent in the last month, according to a latest report from AdDuplex.

Windows 10 version 20H2 was a minor feature update delivered like a monthly cumulative update to users running the previous version 2004 on their devices. This version notably didn't result in any massive issues that we have come to expect from Windows 10 feature updates.