2013 Macbook Refresh Expected By The End Of This Quarter

We get dozens of Apple related rumors every single day and we try to filter out and report what seem the most probable. Recent chatter indicates that Apple will be announcing a major update to the Mac Pro line, which has largely remained neglected for over three years now. Not neglected, however, is the Macbook lineup which received a hefty refresh last year. According to latest rumors Apple is readying another refresh of the entire Macbook line and it will be unveil by the end of this quarter. 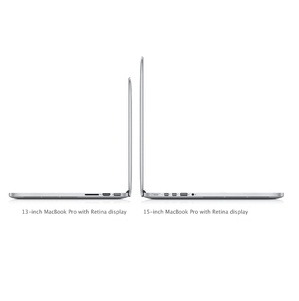 The previous Macbook refresh brought us new internals for the Macbook Air as well as Macbook Pro. Apple also released a 15-inch Retina Display Macbook Pro, the first of its kind. Now the infamous Digitimes is reporting that upstream supply chain sources indicate that Apple wants the new 2013 Macbook models out in the next couple of months. It is also reporting that sales of Apple's current generation Macbooks have been well below expectations, and that it is one of the reasons why the company is pushing ahead with the new refresh. The sources claim that the very high prices of current generation Macbooks are hurting sales.

If we've learnt anything from the past, its that we have to take rumors from Digitimes with a grain of salt. They've never been completely wrong, but they've never been completely right either. Majority of their rumors are ambiguous and don't follow through. Though there's the rare event in which their information has turned out to be true. Nevertheless with the Worldwide Developers Conference scheduled for the summer, a new Macbook lineup doesn't seem all that impossible. As always, there has been no comment from Apple. The company's official stance is that it does not comment on rumors.