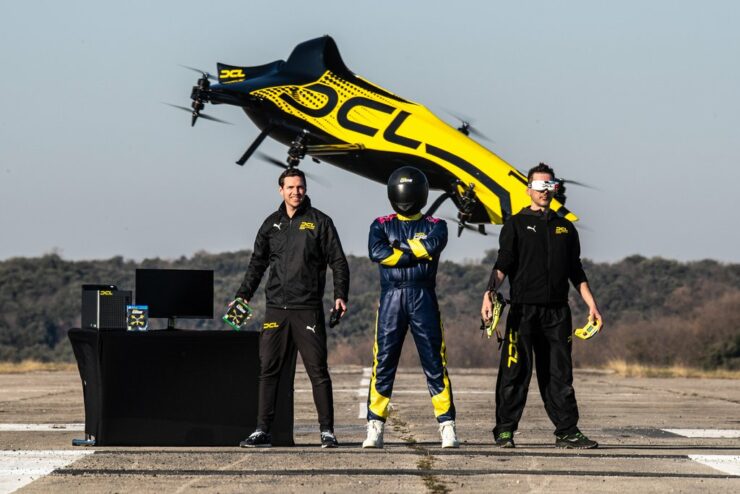 The second test of the Big Drone seen in Vrsar, Croatia on February 07, 2020.

Drones can be pretty damn fancy, we all know that. The fancy drones also tend to be pretty expensive and, naturally, there are issues around the use of certain drones. DCL - The Game (Drone Champions League) is something that is looking to take you into the world of drone racing, without the cost of having to buy an actual drone. Well, that is unless you want to buy the DCL Ultimate Bundle, which will set you back a cool €1,000,000. Yes, one million euros.

I don't actually know of any 'edition' of a game that has cost more than this. Even the rare games like ET or Super Mario Bros that have sold for six figures plus on eBay haven't sold for this much. So what makes it cost a cool one million? I'm glad you asked. Your very own death machine, that's what. With the DCL Ultimate Bundle, you get your very own manned drone.

This manned drone comes in at a weight of 98kg and has a take-off weight of 180kg, letting somebody weighing at 102kg (16st/225lbs) take to the skies. The drone has twelve motors, generating 22 horsepower, with a top speed of 140km/h from 300kg of static thrust. Or at least that's what the specifications state.

So anyway, what do you actually get in this ultimate edition? You get:

As for DCL - The Game itself, here's some information about it:

If you want to see the drone in action, take a look at the YouTube video below. Until that point, you can check out the game on Steam.