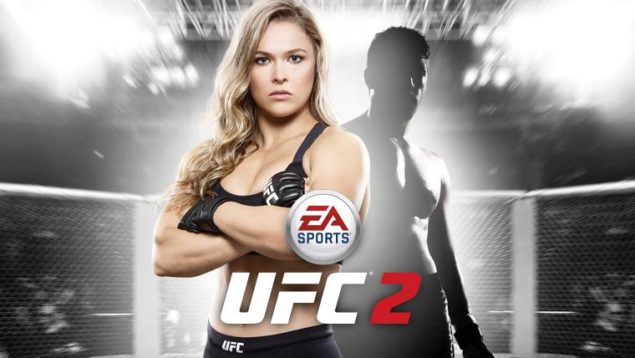 EA have announced the release date for the second instalment in their latest fighting franchise, EA Sports UFC 2.

Alongside settling on a March release date, they've released a brand new gameplay trailer showing off their Dynamic Grappling and Next-Level Submissions systems, as well as their oft-touted graphical engine.

While the video probably speaks for itself for those that have been waiting for it, EA added a line of buzzwords for anybody not suitably excited:

EA SPORTS™ UFC® 2 innovates with stunning character likeness and animation, adds an all new Knockout Physics System and authentic gameplay features, and invites all fighters to step back into the Octagon™ to experience the thrill of finishing the fight. From the walkout to the knockout, EA SPORTS UFC 2 delivers a deep, authentic, and exciting experience.

Fight fans will be able to get a hold of UFC 2 on March 15th in the States and March 17 everywhere else. It'll be available on PlayStation 4 and Xbox One.

Pre-orders are available now. If you're willing to part with your cash early, you'll get a set of bonus fighters including Bas Rutten and Kazushi Sakuraba. An additional fighter will be announced in the time before release. The deluxe edition comes with $60 worth of UFC Ultimate Team Premium Packs.

UFC Undisputed 3 Shows Career Mode Is Where Stars Are Made