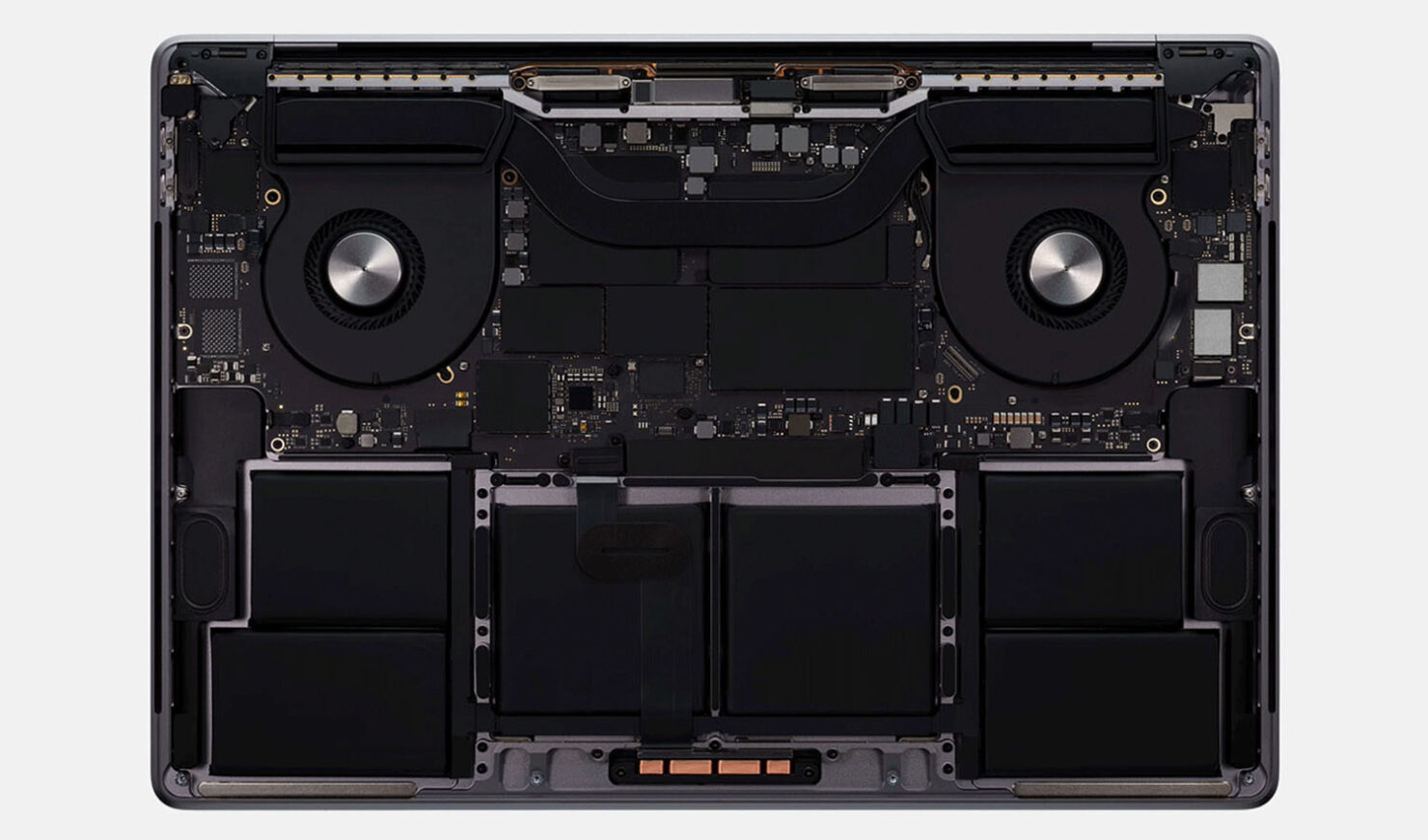 Previously, if you wanted to max out Apple’s 16-inch MacBook Pro, it would cost you just below $6,600 with the software included. Now, with improved graphics such as the Radeon Pro 5600M, the portable Mac has become more powerful thanks to the new GPU option, but for buyers wanting this option, they’ll have to pay significantly more. Here’s the breakdown of what exactly you’ll be paying for when purchasing the fully-configured 16-inch MacBook Pro.

With the Software Included, the 16-inch MacBook Pro Will Now Set You Back by $7,198

Choosing the Radeon Pro 5600M if you’re upgrading from the base version will alone set you back by $800, making it a steep premium. Then again, if you’ve been paying for such products, then you’re already aware of the ‘Apple Tax’ and shouldn’t have to complain about it. Coming to the processor, the max configuration of the 16-inch MacBook Pro features an 8-core Core i9 Intel CPU featuring a base clock speed of 2.40GHz.

Depending on the temperatures, the processor’s clock speed will increase when you’re using demanding programs, and with Apple having improved the thermals of the 16-inch MacBook Pro, you’re bound to see some performance improvements. The 8-core CPU is paired with a whopping 64GB of DDR4 2666MHz RAM, and 8TB of PCIe SSD storage. Most desktop computers aren’t outfitted with this much RAM and storage, but at the same time, the customer needs to pay a pretty premium to see these upgrades. 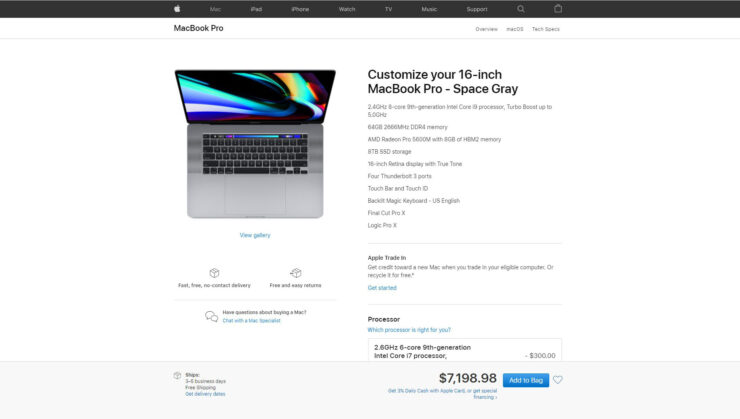 With everything included, and when we say everything, we also mean Apple’s macOS-exclusive software Final Cut Pro X and Logic Pro X, which cost $498 when selected, you’re looking at a $7,198 total. The bill isn’t for the faint of heart, and we’re already aware that there are more powerful desktops that can be built for way less, but keep in mind that it takes an engineering marvel to cram this much performance in a portable package.

Would you consider paying upwards of $7,000 to purchase Apple’s fully-decked 16-inch MacBook Pro paired with Radeon Pro 5600M graphics? Let us know down in the comments.