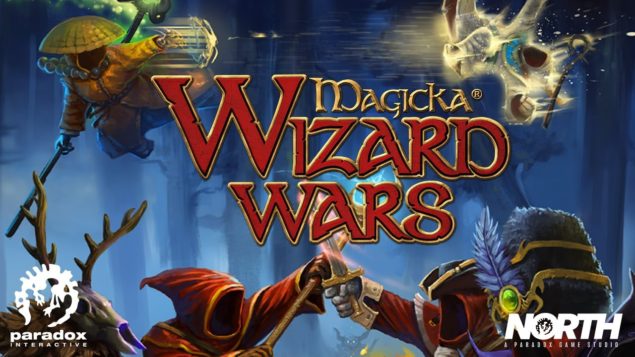 Each player can personalize their wizard with unique gear and Magicks, complete with tongue-in-cheek references to popular media and current events.

The time is now to get up, gear up and go to war!

2 Game modes, 4-on-4 teamplay and the new 1-on-1 Duel game mode
Fight intense battles - Co-op spellcasting, wielding fire and dragons as your weapons.
Show your skills in fast-paced action, dynamically choose your spells on the fly to counter your opponents’ attacks.
Friendly fire is in full effect, staying true to the Magicka tradition of “accidentally” killing your friends.
100 Robes, Staves, Skins, Weapons and your Humor of choice, 100s more to come – Be the Wizard you want to be!

As of Tuesday, April 14, Magicka: Wizard Wars will include:

Magicka: Wizard Wars will be released on April 28th for PC. It's developed by Paradox North and published by Paradox Interactive.