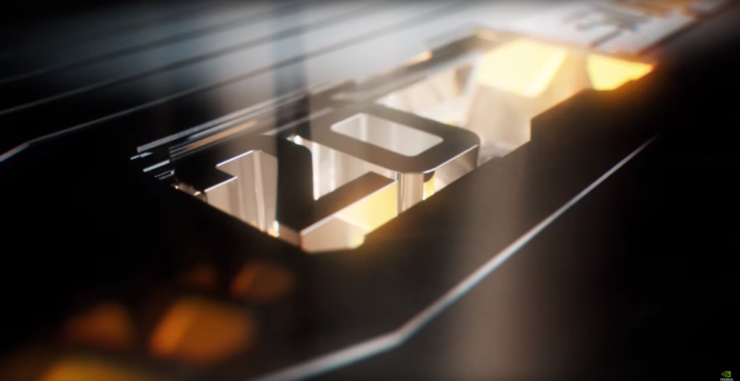 Previously, we reported Intel's Comet Lake-H and NVIDIA's Turing SUPER mobility graphics were slated for a release on April 2nd, and it appears that this still holds true. Both NVIDIA and Intel will launch their new products alongside each other and products are expected to be on shelves by April 15th.

Videocardz reports that a notebook manufacturer 'Mechrevo' will be hosting a press conference to talk about its Z3 gaming laptops which will be based on the new Intel 10th Gen Core and NVIDIA RTX 20 SUPER notebook chips. Intel's upcoming Comet Lake-H lineup consists of five variants, three of which are 8C/16T, one 6C/12T, and one 4C/8T, all of which are within a 45W power envelope.

Clock speeds are largely unconfirmed and are subject to change, though, considering the reported clocks by tech leaker Momomo_Us and those that are originating from sources such as 3DMark and Geekbench, the clock speeds we're currently looking at should be fairly accurate as these benchmarks tend to report correct base clocks. As for turbo clocks, we currently have no method to tell where these might top out at, but for a 45W mobility CPU, 5.3 GHz is an impressive number. As to whether or not these chips will be subject to thermal throttling is up to laptop manufacturers, and therefore, despite boost clocks being reported as such, it may not be a realistic measure.

The Turing Refresh or GeForce RTX SUPER Mobility GPU lineup is expected to launch soon with several variants popping up in leaked benchmarks time after time. We have got to see several rumored specifications for various GPUs but as we get closer to launch, we are expected to get even more information, whether through official or unofficial channels.

A slide that PCGamesN got a hold on showed two SUPER variants listed with their respective performance. The GPUs include the GeForce RTX 2080 SUPER and the GeForce RTX 2070 SUPER. The performance is measured with DLSS On and DLSS Off. Surprisingly, the slide doesn't mention the other SUPER cards which we know are also coming to laptops next quarter such as the RTX 2060 SUPER, the GTX 1650 SUPER series and also doesn't mention the RTX 2080 mobility, which is the current flagship of the lineup. 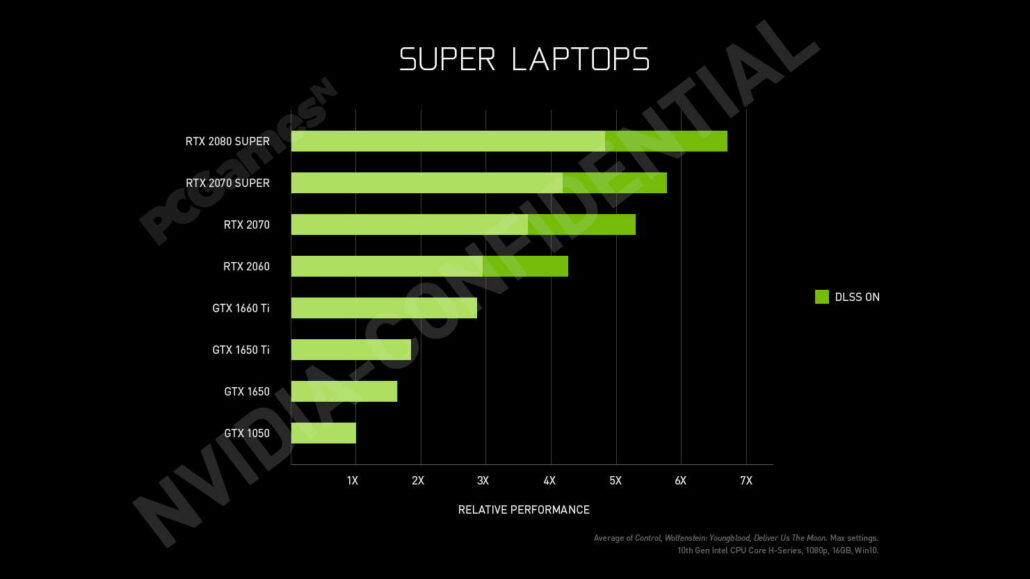 The performance of NVIDIA's upcoming GeForce RTX SUPER Laptop GPUs including the RTX 2080 SUPER & RTX 2070 SUPER notebook has been leaked by PCGamesN.

As you can tell by the specifications, this is as high-end as gaming notebooks can get in 2020. The Intel and NVIDIA combo reigns supreme until either AMD gets more powerful GPUs down in the notebook segment or Intel's discrete GPUs start tackling NVIDIA on the high-end which doesn't seem likely, at least in this year. As of this time, we are aware of five potential SUPER mobility GPUs.

NVIDIA's SUPER mobility lineup dates back to November of 2019 when Notebookcheck leaked a slide from an internal presentation where NVIDIA detailed specifications to board partners. It is unknown whether or not NVIDIA will release a GeForce RTX 2060 SUPER mobility GPU, and instead, may be based upon the older, non-SUPER RTX 2060 GPU. As for the GTX 1650 SUPER, this GPU may be known as the GTX 1650 Ti when the official launch rolls around as this is the designation given to the GPU in question by various benchmarks.