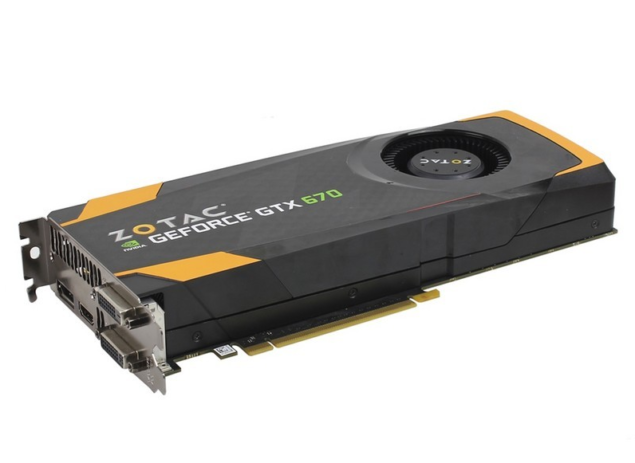 ZOTAC is readying a non-reference GeForce GTX 670 which is based on the GTX 680 PCB. This isn't the first time we have seen a manufacturer to adopt the 680 PCB design for the upcoming GTX 670, Inno3D and Gigabyte already have their custom GTX 670 GPUs which would be announced tomorrow.

The GTX 670 chip is codenamed "GK104-325-A2" and features 1344 Cores, 112 TMUs, 32 ROPs and a 2GB 256-bit wide memory interface. Clocks are unknown though being based on a much stronger PCB, The Zotac GTX 670 could feature a nice factory overclock compared to the reference 915/980MHz Core/Boost clock and 6GHz effective speed for the memory.

There are four VRM phases which are supplied power through dual 6 Pin connectors, Display outputs consist of two DVI and a single of each HDMI and Display port. Cooling is handled by a large aluminum heatsink which covers the Core/Memory and is supplied air through a blower fan.

Expect the card to hit retail by tomorrow on launch for $409.99. 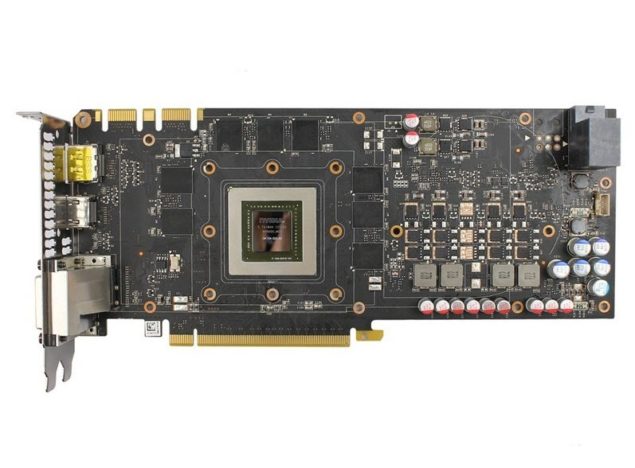 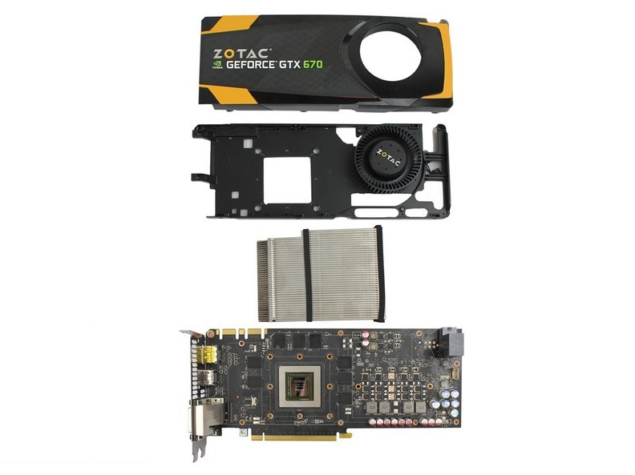 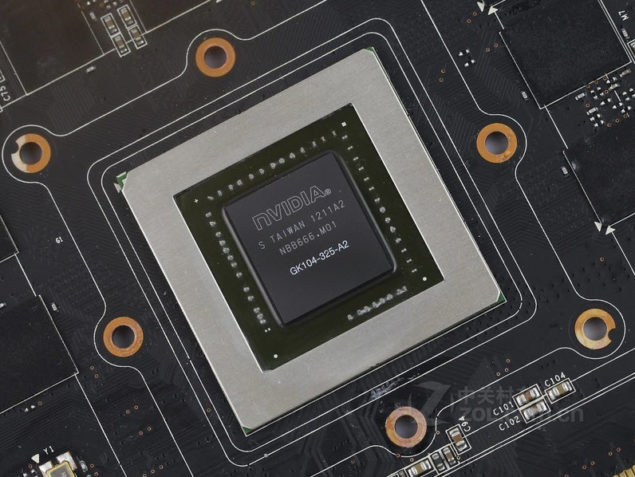