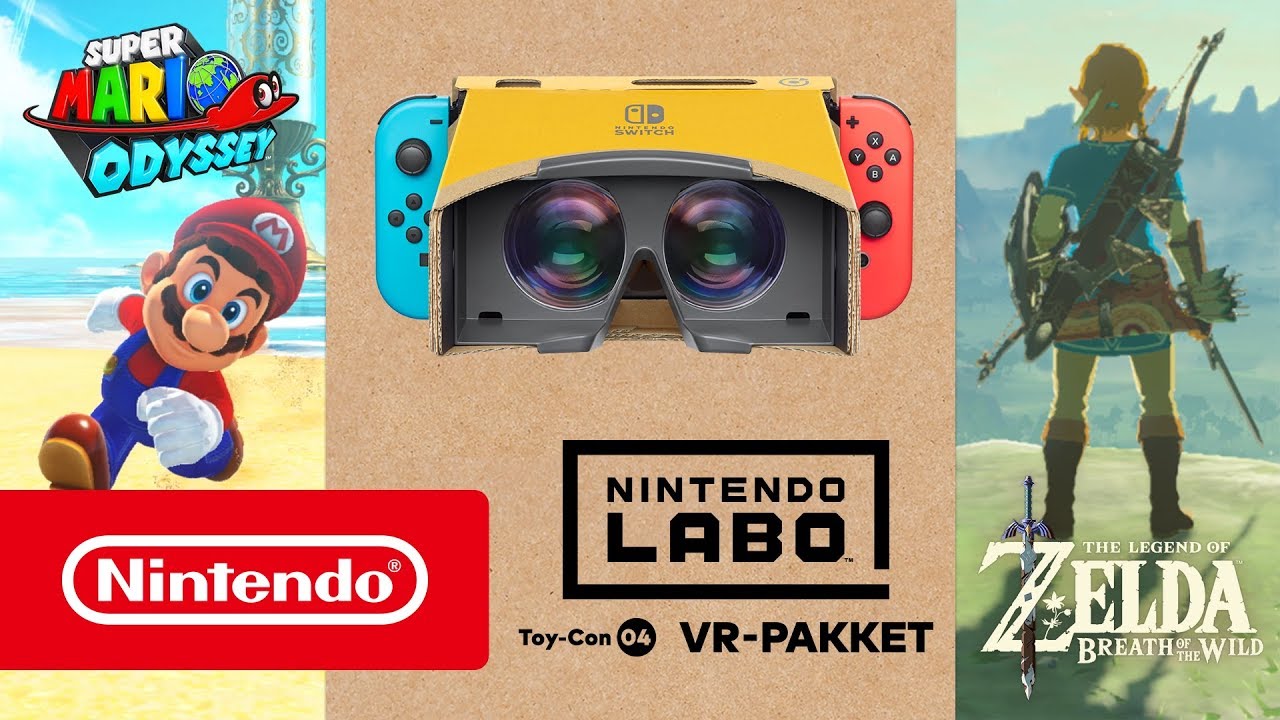 Nintendo has announced a Super Mario Odyssey and Zelda BOTW Labo VR mode, which both will be available later this month.

Both titles will be made compatible with the VR Goggles from the Nintendo Labo: VR Kit though a free update that arrives on April 26 – two weeks after the release of VR Kit for Nintendo’s hybrid platform.

While VR play in Super Mario Odyssey will be limited to small areas, Zelda: Breath of the Wild will be fully playable in VR.

Experience small areas of the Cap, Seaside and Luncheon Kingdoms in a whole new way with the Toy-Con VR Goggles. Players must collect music notes and Coins to complete objectives in three new mini-missions.

The Legend of Zelda: Breath of the Wild

Enjoy this epic adventure like never before—change modes at any time while adventuring to explore your favorite places with VR!

Nintendo announced its Labo VR kit for the Switch last month and is releasing next week on April 12.

Nintendo Labo: VR Kit – Starter Set + Blaster: Available at a suggested retail price of only $39.99, the Starter Set includes the Nintendo Switch software, plus all the components to build the Toy-Con VR Goggles and Toy-Con Blaster, as well as the Screen Holder and Safety Cap. The Starter Set is a great entry point into the world of Nintendo Labo VR.