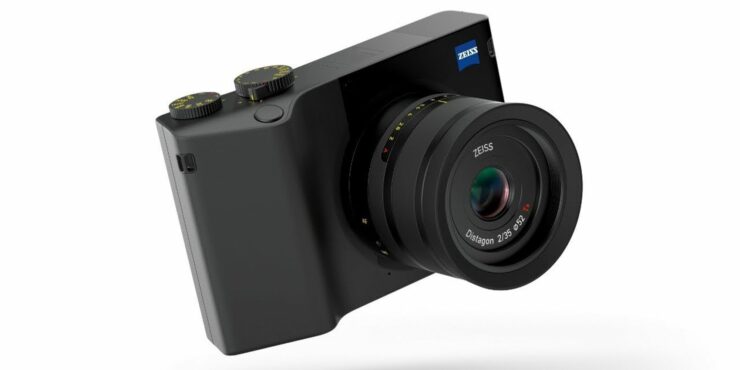 Zeiss is a very popular name when you are talking about optics and for all the right, reasons. They have branched into lenses and cameras, but they are more of a niche product since they never really compete with the mainstream. As such, the Zeiss ZX1 might become the first mainstream camera that is powered by Android, and no, it is not a point and shoot camera, it is a full-frame option, that delivers a lot of goodness, for a great price.

At $6,000 the Zeiss ZX1 Has to Struggle to Find a Place for Itself in the Enthusiast Market

Now if the camera was made by Sony or Canon, I wouldn't think twice and start endorsing it. Simply because I have tried and tested both companies for years now but the same cannot be said for Zeiss. True, I have used their lenses and they are amazing, but what else is there, to begin with?

Well, think of it this way; smartphone cameras are certainly becoming better and better, but they are still marred with smaller sensor sizes, and compared to DSLRs and mirrorless cameras, they cannot really do much, to begin with. The Zeiss ZX1 is not a smartphone by any degree. It is a really, really high-end camera that is running on an Android-based operating system, which is really great as a camera lover, and an Android user. Before we spill more details, check a cool promotional video Zeiss has shared with us.

Now, as far as the technicalities of this camera are concerned, we didn't get our hands on a lot of details but we do know that this is not going to be the first mirrorless camera that runs on Android. That title belongs to the Yongnuo YN450, a mirrorless camera that also supported Canon's EF lenses. Well, this is just that, but more expensive, and obviously, much better. Sadly, the lens here is a fixed 35mm Distagon f/2.0 lens, which, in all honesty, is great. I love prime lenses, and knowing Zeiss, this is going to be razor-sharp.

Now, what else is there? The Zeiss ZX1 is going to sport a 37.4-megapixel full-frame sensor, and the camera is going to be paired with Adobe Lightroom right out of the box. You have a 4.3-inch 720p display that will allow you to quickly edit your photos on the go, and get this, a 512GB SSD storage.

The camera does support 4K recording, and shooting is up to 3 frames per second only. For those interested in how the camera looks, you can check it out below.