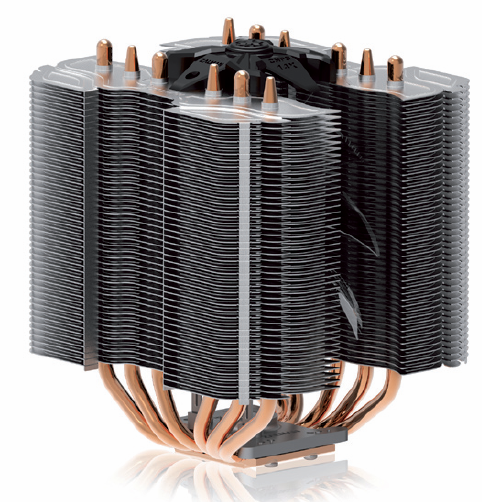 Each heatsink features the IHD (Interactive Heatpipe transfer Design) which includes a total of 6 copper heatpipes running through each aluminum fin arrays transferring heat from the copper base. The heatsink measures at 160mm High, 180 mm wide.

Like the CNPS12X, the CNPS14X heatsink comes with a center etched 140mm fan and optional mounts for two more 140mm on each side of the heatsink. Compatibility with all current Intel/AMD sockets is supported.

The bundled 140mm fan is claimed to operate at a silent 17-21db with an RPM of 950-1300. Zalman also included the ZM-STG2M thermal paste which is claimed to give 1C lesser temperature then ARTIC's much acclaimed MX2 thermal compound. 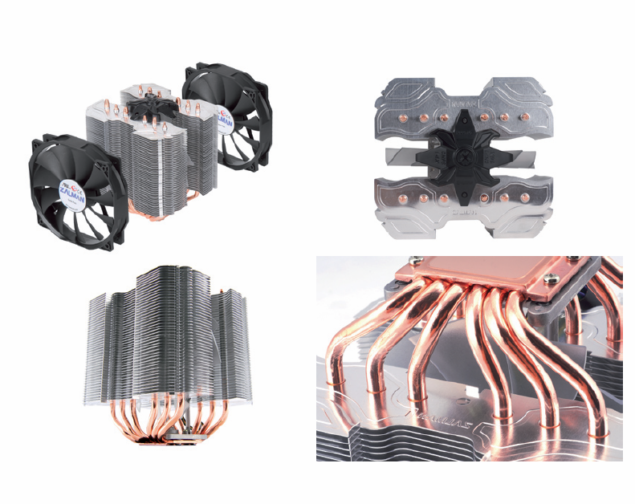 Pricing and Release Date are not yet announced. Product info - http://www.zalman.com/eng/product/Product_Read.asp?idx=528