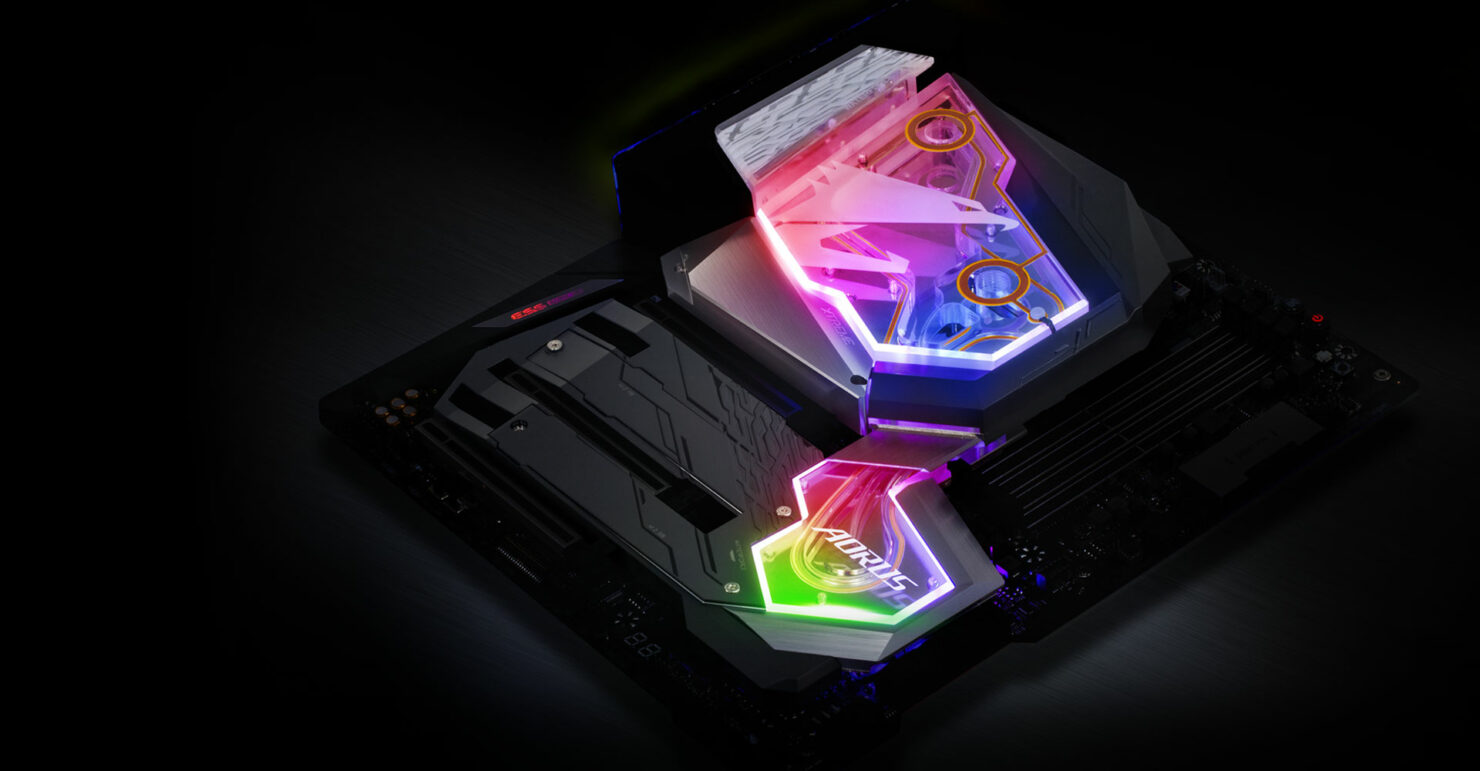 AORUS has unveiled their high-end Z390 AORUS Xtreme Waterforce motherboard which comes with a pre-fitted AORUS branded, all-in-one monoblock. The motherboard is aimed at the liquid cooling enthusiasts who want their hardware components to be cooled in the best possible way.

Looking at the design aesthetics of the motherboard, we can spot some big changes from the Z390 AORUS Xtreme with the obvious ones being the large monoblock that comes pre-fitted on the Z390 Xtreme Waterforce. The monoblock extends all the way from the CPU socket to the power delivery section and even covers the Z390 chipset. Gigabyte also uses a plastic cover near the PCI-express slots while we can find solid metal heatsinks for the M.2 ports.

Four DDR4 DIMM slots offer support for up to 64 GB of memory support at speeds of 4400 MHz (OC+). Storage includes six SATA III ports while expansion capabilities include three PCIe 3.0 x16 (x16/x8/x4 electrical), two PCIe x1 slots and three M.2 slots. All three M.2 slots are covered by the AORUS M.2 shield which looks fantastic and has a thermal pad beneath to keep your high-end M.2 storage device running in a stable operation. There's a single 6-pin connector to provide extra juice to the PCI-e lanes when running multiple devices.

In addition to the specifications, the motherboard is just one beauty to look at. In my AORUS Master review, I found out that the new AORUS designs are getting really good and the AORUS Xtreme just blows everything away. With a stunning array of RGB LEDs scattered throughout the board and within the monoblock which looks absolutely fantastic. The motherboard literally has it all. In addition to that, the 24-Pin ATX connector is right-angled, allowing for neater cable management and routing within your PC case.

One feature that has returned from the Z270 series is that LED-lit rear panel plate which looks stunning. There’s also a LED light strip that runs on the back of the motherboard that offers a great display of AORUS’s RGB Fusion technology. This motherboard should really be one on the list of overclockers and gamers who want the best and are willing to pay the extra premium for it.